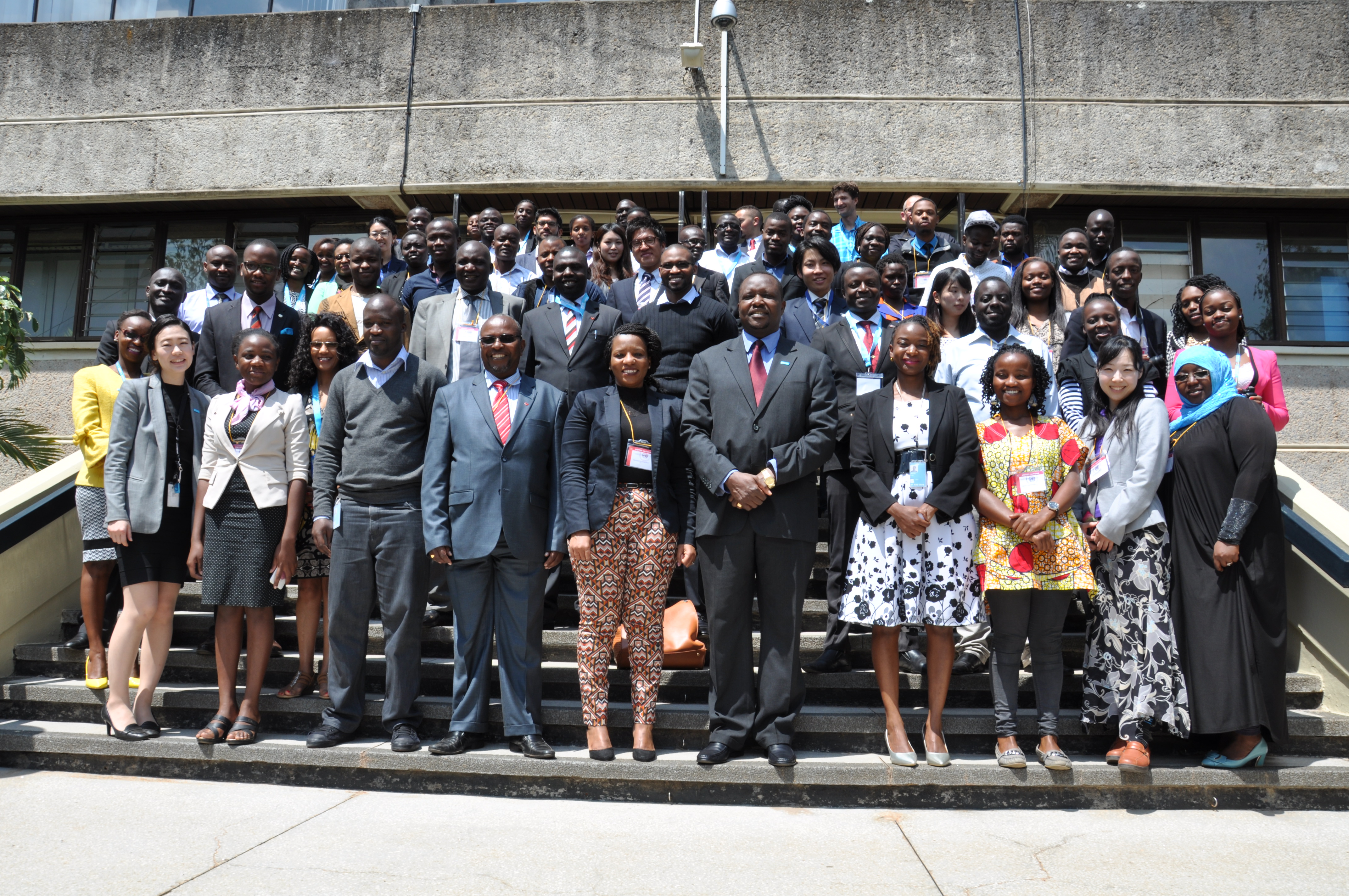 Africa needs a people-led development pathway that puts the role of youth at the core of the continental development agenda concludes joint UNV and Africa Union Commission side event to TICAD VI held in Nairobi in August 2016.

Africa needs a people-led development pathway that puts the role of youth at the core of the continental development agenda. Thus concluded the colorful side event jointly convened by the United Nations Volunteers (UNV) programme and the Africa Union Commission (AUC) on 26 August 2016 to head off the sixth Tokyo International Conference on Africa Development (TICAD VI) held for the first time in Africa, in Nairobi from 27 to 28 August 2016.

‘We currently have the largest number of young people in Africa than we ever had. We are working to turn that into dividends for Africa’s development agenda’ said Richard Dictus, UNV Executive Coordinator.

‘Young people are the future of the development pathway being created in Africa hence they need sufficient tools that give them a voice in the development process in the continent from local, regional to global levels’ he added.

After recalling his own personal experiences as a community volunteer during his youth, Richard emphasized that today’s young people still face social, economic and political exclusion, often falling by the sidelines of mainstream development. He said there was therefore an urgent need for new and innovative ways to change the narrative and grasp the timely opportunity of Africa’s youth dividend.

The UNV-AUC side event sought to highlight and rally advocacy on youth development issues and demonstrate how Africa’s youth population can be a key strategy to achieve and sustain the global peace and development agenda, including the recently approved sustainable development goals (SDGs). The event also served as a platform for delivery of the youth communique to AUC for inclusion into the TICAD VI Summit outcomes  and the launch of the five-year African Union Youth Corps (AU-YVC) program.

The communique had been prepared during the youth workshop organized by UNV and AUC on 22 August 2016, and in the end, the inputs were reflected in the TICAD Outcomes 1.1, 1.6 and 3.6 under the third pillar on Promoting social stability for shared prosperity.

In his keynote address, the AUC Commissioner for Economic Affairs, H.E. Dr. Antony Mothae Maruping, remarked that in countries where the contributions of volunteerism are documented, volunteerism is estimated to contribute up to a quarter of a nation's GDP.

‘In Africa, where solidarity and Ubuntu constitute the fabric of our societies, I am most certain that volunteerism contributes beyond the GDP. It is hence impracticable to ignore or underestimate the potential of volunteerism in realizing our development objectives,’ Dr. Maruping emphatically added.

As part of the event's panel discussion, the UNV EC made the case for UNV being a model for promoting volunteerism in a modern world. He said that although volunteerism is traditionally non-structured and communal, increasing urbanization and modernization makes it critical to create appropriate formal structures to accommodate volunteerism.

In particular, he lauded the power of online volunteering, as demonstrated by UNV’s Online Volunteering service, as one of the most innovative channels for engaging the growing demography of youth to contribute to the development of their societies. Such online platforms opened up the space for volunteers, including people with disabilities, to contribute their time to society’s growth.

His sentiments were echoed by Ms. Joyous Begisen, a national UN Volunteer who shared her story on volunteering as a communications executive for UNDP Kenya. She gave detailed accounts of witnessing first-hand the transformational power of volunteerism throughout her work with communities documenting and disseminating the impacts of development assistance in Kenya.

Dr. Maruping recalled the decision by the East African Community Heads of State and Government during the 16th Ordinary EAC Summit, in February 2015, to embrace volunteerism as a strategic tool to promote youth empowerment and accelerate Africa's development. The AUC Commissioner closed the side event calling for all stakeholders and friends of Africa to throw their support behind the five-year action plan for the AU to institutionalize and scale pan-African youth volunteer action in the continent.