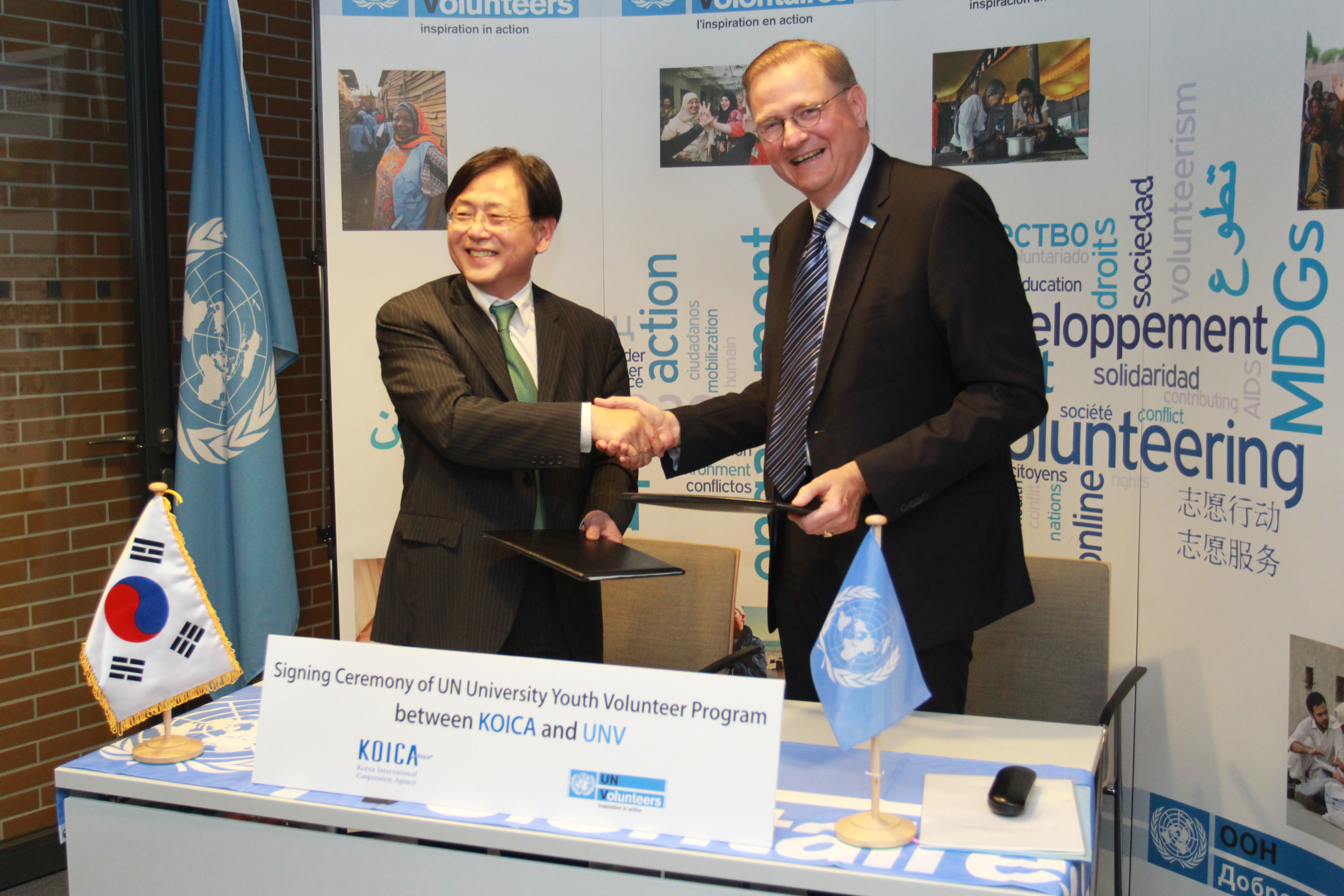 Signature of the new MoU between Youngmok Kim, President of the Corean International Cooperation Agency (KOICA) and Richard Dictus, Executive Coordinator of the UNV programme.

UNV and KOICA increase their collaboration

Under this new agreement, ten Korean university students in 2015 as well as ten others in 2016 will be Fully Funded by KOICA to serve as UN Volunteers on peace and development projects. In 2014, several fully funded UN Volunteer Specialists were deployed by KOICA across five countries, including Bangladesh, the Democratic Republic of the Congo, Lao Peoples Democratic Republic, Nepal and the Philippines.

Mr. Kim reaffirmed his ambitions to increase the number of Korean volunteers, including UN Volunteers, citing the strong mutual benefits for the communities in which volunteers work, and for the volunteers themselves.  The UNV Executive Coordinator underlined the importance of the fully funded programme for UNV and the programmatic reorientation through UNVs five Global Programmes, such as climate change.

He also welcomed the inaugural Strategic Dialogue, which will be jointly organized by UNV and the Government of Korea, on 8 October 2015, in Seoul. The meeting aims to further enhance the UNV  Korea relationship and afford each organization the opportunity to gain more insights into the other organizations strategic priorities. Moreover, the head of UNV highlighted that in line with the UN Secretary-Generals five-year agenda focusing on youth development, UNV supports the deployment of more Korean nationals, in particular youth, as international UN Volunteers to serve in UNV program countries.

The signing of this agreement continues to build the solid relationship between UNV and KOICA. Since 2009, KOICA has fully funded 71 volunteers to serve with UN agencies in a range of assignments. The new agreement on the UN University Youth Volunteer Programme is an opportunity to further strengthen the partnership between the two organizations.