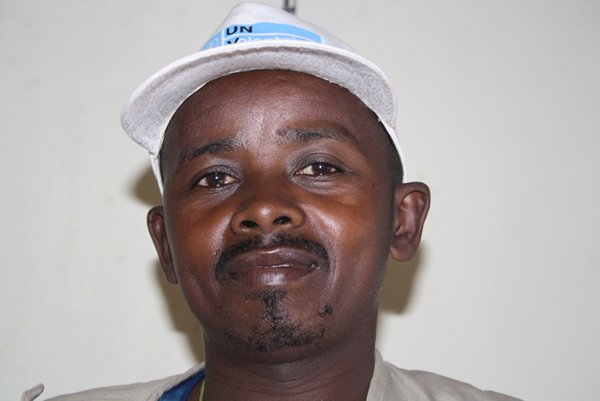 Making sure that twins are not abandoned is the main objective that Bien Aimé Delphin Raharilala has set for himself as a UN Volunteer specialist in community-based approaches. (UNV, 2013)

Bien Aimé Delphin Raharilala is a national UN Volunteer specialist in community-based approaches working within the Enhancing Women's Participation in Community Decisions project by UNDP. His work as a volunteer involves strengthening the skills of women and vulnerable families in Mananjary so that they can be aware of and enjoy their civil and economic rights.

Mananjary, Madagascar: In the district of Mananjary in south-eastern Madagascar, an ancestral practice exists which involves abandoning twin babies. Thanks to the intervention of the United Nations System (the United Nations Development Programme, the United Nations Childrens Fund and the World Food Programme) over several years, many voices have been able to advocate the abolition of this tradition, which violates the fundamental rights of children.

Bien Aimé Delphin Raharilala is a national UN Volunteer specialist in community-based approaches working within the Enhancing Womens Participation in Community Decisions project by UNDP. His work as a volunteer involves strengthening the skills of women and vulnerable families in Mananjary so that they can be aware of and enjoy their civil and economic rights. He has supported members of the organization TSY MANARI ZAZA (Those who don't abandon their children), helping with management techniques and raising awareness about good hygiene, health and financial management.

The United Nations Development Programme (UNDP) and the NGO Délégués au service de la Population (delegates at the service of people) are working with 55 organizations - each including between 8 and 55 women - to help their members mobilize to demand that their basic rights be respected, and to encourage them to develop income-generating activities so that they can guarantee a better future for their twin children.

Bien Aimé introduces Erlyse, a mother of twins who owns a restaurant where she has been able to expand business by offering a dish of the day and more varied meals thanks to a loan provided by the TIAVO Institute of Microfinance. The loan has allowed her to invest in acquiring new products and to transform her business structure, thus allowing her to make a profit. Previously ostracized by her community and family because she had decided to keep her twins, Erlyse has regained her dignity by improving her living conditions, as have done many other women supported by the UNDP project.

For Bien Aimé, being a volunteer means he can raise awareness amongst women in his region and offer his knowledge in training and campaigning. The value-added a volunteer brings is that he/she contributes to the cohesion of a community by putting his/her expertise to good use, he concludes.

Bio: Bien Aimé Delphin Raharilala, who holds a masters degree in private and environmental law from the University of Fianarantsoa, has extensive experience in project management. He has worked in the health sector, particularly fighting HIV/AIDS, and has gained considerable skills in the training of community organizations. He took part in projects led by UNDP for several years before deciding to become an actor of change by applying for a UN Volunteer assignment.