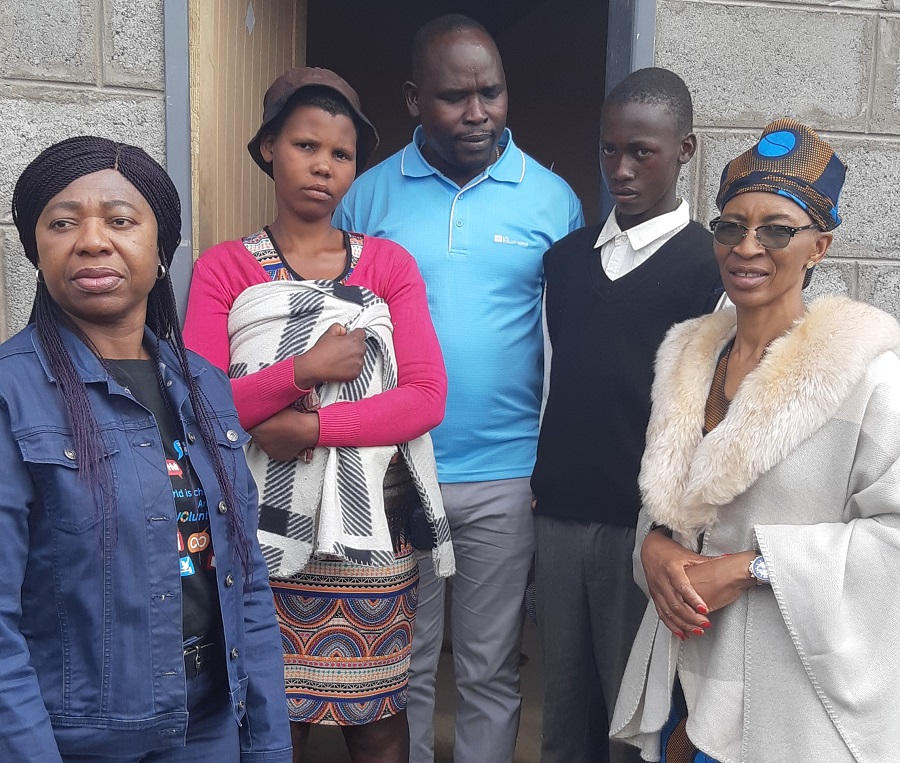 Living in a mud house together with her 21-year-old son, Mafusi, suffering from mental illness, and two orphans, Malefu and Lehlohonolo, whom Tso'sane adopted at a young age, life has never been an easy journey. With the possibility for shelter, through a United Nations programme, Tso-sane and her family can start to lift themselves out of poverty.

With support from the United Nations Volunteers (UNV) programme and Lesotho’s Ministry of Gender, Youth, Sports and Recreation (MGYSR), a decent two-roomed house was built and handed over to Ts’osane family in the Butha-Buthe district where the Ts’osane family lives. Youth volunteers and the community members assisted with the construction of the group of houses.

While launching the social housing scheme under the theme 'Volunteerism: Add Value, Change Lives', the Minister of Gender, Youth, Sports and Recreation, Dr. Mahali Phamotse, noted that the initiative was in line with the recently adopted National Youth Policy 2017 – 2030 intended to facilitate meaningful initiatives for youth living in poverty. Dr. Phamotse, on the event of the housing being handed over to residents, encouraged the community through the area chief and the community councilor to secure a safe and peaceful neighbourhood for vulnerable children in the village.

Speaking at the launch of the initiative, the UNDP Deputy Resident Representative, Ms. Christy Ahenkora, noted that volunteers add a lot of value in communities.

Here in Lesotho, volunteerism has been an integral part of the culture, infused with values of Ubuntu; and rooted in our community daily practices of belonging and caring for one another,” she said.

On the other hand, Mr. Ambrose Toolit, the UNV Programme Officer for Lesotho and South Africa noted that the spirit of volunteerism calls for introspection and commitment from government, private sector and development partners towards addressing the numerous challenges faced by young people in the Kingdom.

Youth participation in volunteer work at community level enables young people to become responsible actors in their own development as well as active models of change," he said.