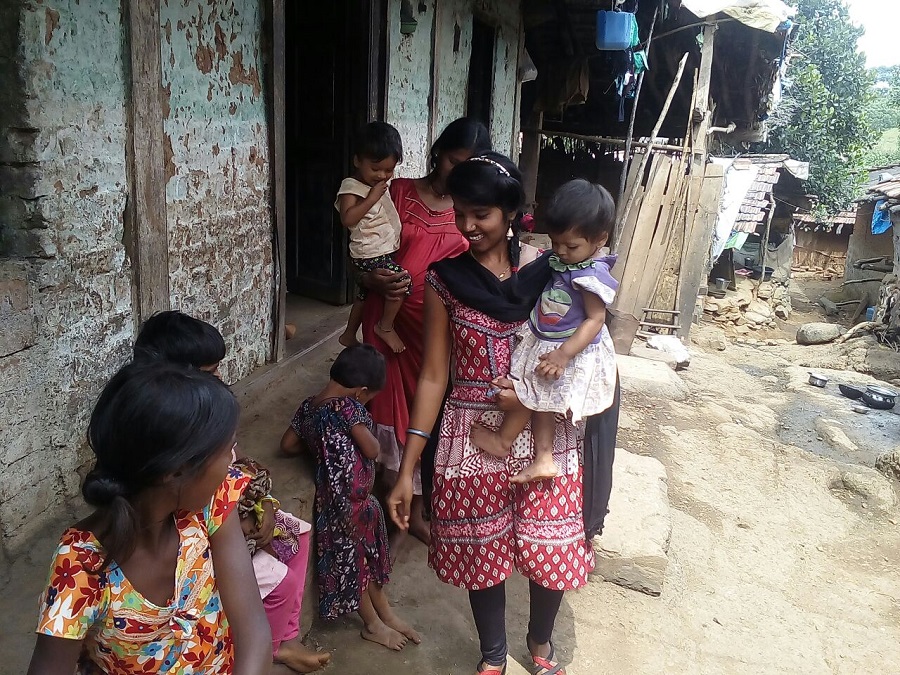 “It is very important to encourage youth to take ownership of key issues affecting their community and to voice these to the local government.” Hindprabha Karve is a national UN Youth Volunteer District Coordinator in the state of Maharashtra, western region of India. The state’s Thane-Palghar region is home to the Katkaris – a particularly vulnerable tribal group. The Katkaris are driven to leave their homes due to crushing poverty and a complete lack of traditional employment. The displacement of families has caused rampant malnutrition in Palghar district. Some 600 children died of malnourishment in the district in 2016 alone.

Hindprabha mobilizes youth in the district, and talks about her volunteer work: “Over the last year, 16 community youth volunteers were mobilized to work in Palghar district. We focus our efforts on reducing malnutrition deaths in the district. We help identify acutely malnourished children and refer them to a care center. We also help create awareness in the community about causes and ill-effects of malnutrition.”

India’s Ministry of Youth Affairs and Sports, in partnership with the United Nations Development Programme (UNDP) and the United Nations Volunteers (UNV) programme are taking the National Youth Policy 2014 forward. State authorities in India are recognizing the need for engaging youth in human development initiatives.

'Strengthening Nehru Yuva Kendra and National Service Scheme’ project is part of this drive. It aims to support Youth Volunteer Schemes in all 29 states of the country. While this project facilitates greater youth participation and voice in sustainable development programmes, it also reaches over 11 million young people in India.

Hindprabha’s work is part of the Nehru Yuva Kendra project. “In my work, I explore ways to stop outward migration and displacement of the Katkaris by linking them with existing employment generation schemes in their district. Together with community youth volunteers, we have helped more than 5000 tribal villagers get job cards.”

The job cards helped the Katkaris get employed in the same village without forcing them to migrate elsewhere.

Hindparaha says, “I, together with the community youth volunteers, helped register 58 new youth clubs in the district, 20 of which are in the tribal belt.”

She underlines why it is so necessary to motivate youth: “There is so much will and enthusiasm in the youth of our country. The volunteers want to make this world a better place, they don’t want to be passive. It is very important to encourage youth to take ownership of the key issues affecting their community and to voice these to the local government.”

Hindprabha has also motivated the young volunteers to take part in the local self-government elections. A few of the young volunteers are now ‘Gram Panchayat’ (small town level) members and part of the school committee board. “These elected representatives are in a position to influence decision-making and programme implementation to include the under-served tribes,” she adds.

It is important to identify and nurture youth leaders from within the target community itself, and enable them to create a change.