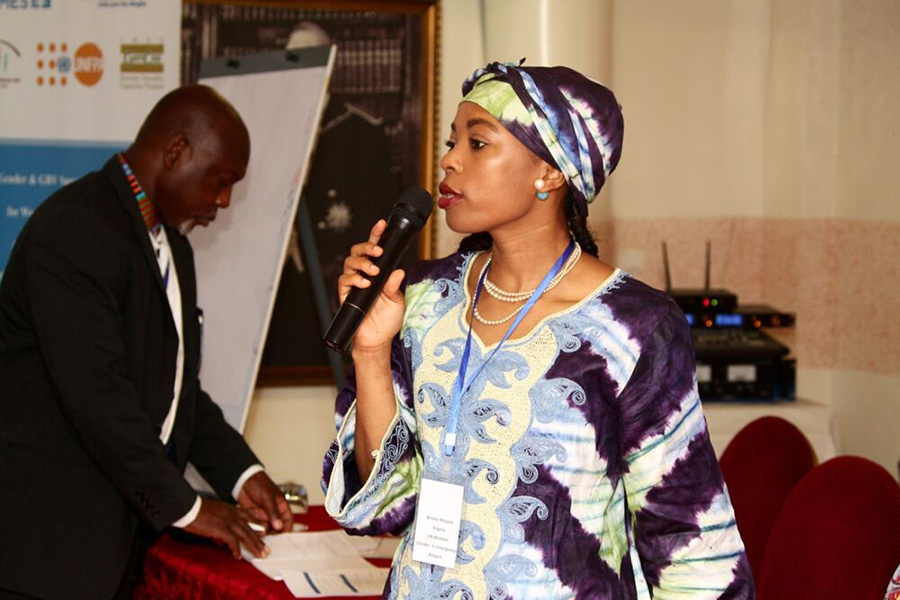 The West and Central African regions are faced with complex emergency crises. In the Lake Chad Basin (LCB) some 17 million people in Cameroon, Chad, Niger and Nigeria, are affected by insecurity, food insufficiency, droughts, and diseases. A breakdown in civil order following disasters consistently increases the occurrence of sexual violence, exposure to sexually transmitted infection such as HIV, and unwanted pregnancies. Sexual and gender-based violence is higher in sites for those who are internally displaced such as refugee camps and conflict areas.

The Gender Based Violence Sub Cluster Report from West and Central African countries facing armed conflict revealed that the prevalence of sexual and gender-based violence has drastically increased since the last report in 2016. It is in this line that we jointly organized, in 2017, a regional capacity building workshop on gender mainstreaming, prevention and response to Gender-Based Violence (GBV) in emergency and humanitarian settings in Dakar, Senegal. The workshop was conceived by the United Nations Entity for Gender Equality and the Empowerment of Women, (UN Women), in partnership with the United Nations Population Fund (UNFPA) and the Office of the United Nations High Commissioner for Refugees (UNHCR).

In a region shaken by several natural, political and security crises, where conflict-related sexual violence is recurrent, it is essential that the protection of women, girls, men and boys is placed at the center of the humanitarian response.

Serving as a UN Volunteer with UN Women has given me the opportunity to be involved in many aspects of the agency’s work in the region, such as this important event. This workshop had as objective to train national and international gender and GBV experts on their responsiveness to implement urgent measures enabling a strategic and operational positioning of the gender and GBV agenda in a multi-sectoral and complex humanitarian response.

UN Agencies’s GBV and Gender coordinators and focal points in the humanitarian and crises-affected countries including Mali, Central Africa Republic (CAR), Cameroon, Chad, Niger, Nigeria,  Senegal and the Democratic Republic of Congo (DRC) attended the workshop. Participants discussed how to strengthen coordination and timely assistance of affected communities including survivors of GBV and sexual violence, in the event of a human-induced crisis, natural disaster or health crisis such as Ebola.

The presence and support of national actors from countries of West and Central Africa at the workshop highlight the commitment of governments to improve the protection of civilian and survivors of GBV and sexual violence at the national level.

Participants and facilitators stressed the importance of holding such a workshop in view of the alarming indicators in the region. Discussions and shared best practices on challenges, opportunities and achievements regarding gender integration, GBV prevention and response has led to the formulation of key recommendations for a positioning of these sensitive issues at both strategic and operational levels.

A crucial outcome of this workshop is the creation of a Regional group called "Network of West and Central Africa VBG Experts” composed of 26 experts. The group will serve as a network allowing experts to stay in touch, to exchange, and share tools and knowledge. The group fosters the continuation of a well-functioning inter-agency collaboration with national and international partners, but above all aims to strengthen GBV capabilities in the region. In addition, the group will constitute a roster of experts for quick deployment in the region.

Becoming a UN Volunteer has allowed me not only to play a role in launching this initiative and to be a part of it, in such moments, it taught that our work and contributions can go far beyond our own individual actions.