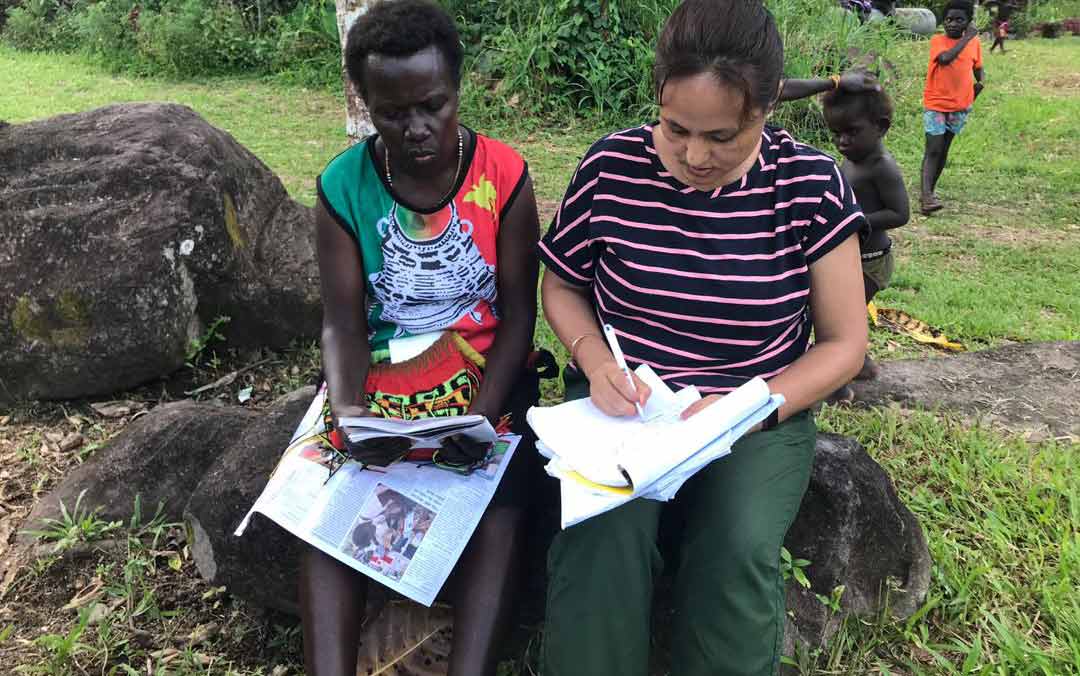 In Papua New Guinea, 11 UN Volunteers have been supporting the Bougainville Referendum, which is part of the Bougainville Peace Agreement, signed in 2001, that ended a decade-long conflict on the island province. Serving with the United Nations Development Programme, the volunteers have taken on roles in logistics, awareness raising, external relations and regional electoral operations.

The support of UN Volunteers has been crucial for UNDP Papua New Guinea to deliver on the referendum support. Their inputs and contributions have been instrumental. UN Volunteers will continue to play a role in the post-referendum phase such as in future programmes supporting sustainable livelihoods, economic development and governance. --Dirk Wagener, UNDP Resident Representative in Papua New Guinea

Sita Gurung is a self-described mountain girl and with good reason. She is from the country that has the most famous mountain in the world, Mount Everest, Nepal. Yet for the last 6 months, she has found herself working on an island in the South Pacific with the United Nations Development Programme (UNDP).

Sita came to Papua New Guinea as a UN Volunteer to assist with awareness efforts in the 2019 Bougainville Referendum on self-determination. With her experience in supporting electoral processes back in her home country, she was eager to share her expertise.

Polling & Scrutiny Awareness training in Eivo & Torau with the participation of all Ward and Community Government Awareness Officers. Commissioner Ruby Mirinka, seated to the right of Sita (centre), delivered messages from the Bougainville Referendum Commission. ©UNDP, 2019

Working with a counterpart from the Bougainville Referendum Commission, Sita visited communities across the region to train local representatives to raise awareness of the work of the commission, voter registration, how to complete the ballot paper and other referendum issues.

"Before I came to Papua New Guinea, I was told it was a risky place and to be careful. It has, in fact, been the complete opposite. It has been peaceful and safe and I have met many very welcoming and friendly people," Sita says.

She says she feels lucky to have taken on this role and is satisfied with her work so far.

I used to see friends and colleagues go off to volunteer in other countries and it came to a point where I thought, I have the experience that can help, and would like to contribute my skills. --Sita Gurung, UN Volunteer Awareness and Outreach Advisor

With her time soon coming to end in Bougainville as the referendum process concludes, Sita’s hopes that "the same spirit of peace and enthusiasm I have seen in the lead-up and conduct of the referendum continues into the next phase of the Peace Agreement Implementation process".