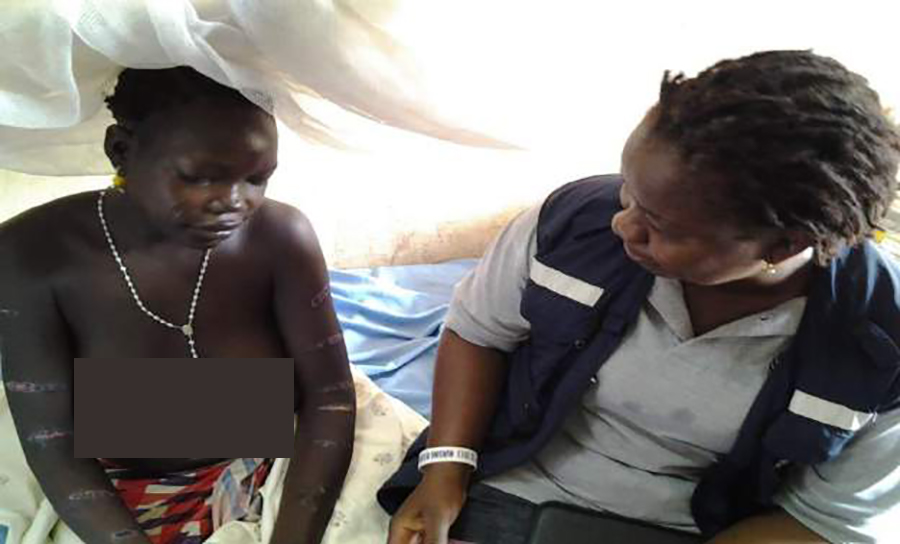 In East and Southern Africa, the achievement of SDG 3, Good Health and Wellbeing, is particularly crucial. According to WHO, Sub-Saharan Africa “confronts the world’s most dramatic public health crisis”. Mortality among children under 5 years of age remains high, with a rate of 84 deaths per 1,000 live births in 2015. The incidence of HIV infection is still highest in sub-Saharan Africa, with 1.5 new infections per 1,000 uninfected people in 2015. In 2016, sub-Saharan Africa was home to 90 per cent of malaria cases and 91 per cent of malaria deaths.

In East and Southern Africa, the achievement of SDG 3 is particularly crucial. According to WHO, Sub-Saharan Africa “confronts the world’s most dramatic public health crisis”.  Mortality among children under 5 years of age remains high, with a rate of 84 deaths per 1,000 live births in 2015. The incidence of HIV infection is still highest in sub-Saharan Africa, with 1.5 new infections per 1,000 uninfected people in 2015. In 2016, sub-Saharan Africa was home to 90 per cent of malaria cases and 91 per cent of malaria deaths.

To celebrate World Health Day, we look at the work and experiences of two UN Volunteers working in East and Southern Africa to ensure better health and well-being for all.

Faisal Shaik, for example, is a UN Volunteer Technical Officer with WHO working to strengthen community health systems in Mauritius. Faisal is originally from India where he studied medicine and worked in public health for many years. He serves with the WHO country office in Mauritius where he supports the Ministry of Health and Quality of Life to perform programmes on communicable and non-communicable diseases, promotion of health, strengthening the health system, and preparedness, surveillance and response to health issues.

Faisal provides technical support to the implementation of national health policies, strengthens technical capacity of health professionals, and contributes to the coordination of health interventions between a multitude of stakeholders. "I draw my motivation from the aspect that I have an impact on the community where I work," says Faisal. "For example, we were successful in improving the overall health situation in Rodrigues [a small island in Mauritius] through community engagement programmes."

I have faith that volunteerism is an effective way to bring social change, be it to reduce inequalities in health care or to contribute to improving the quality of life for people through effective contribution of skills, knowledge and time. --UN Volunteer Faisal Shaik, WHO

In South Sudan, 3,500 women died during pregnancy or childbirth in 2015, resulting in a maternal mortality ratio of 789 (WHO). To compare, in the UK the ratio comes to 9 and maternal deaths accounted to 74 in the same year. That’s why the work of Grace Kerkulah Temeh (Liberia) is important. The UN Volunteer Midwife with WHO in South Sudan serves with the ‘Strengthening of Emergency Obstetrics and Neonatal Care’ project implemented by WHO and the Ministry of Health, with Canadian funding. Grace worked in different hospitals to improve maternal and new-born care: first in Upper Nile State at Malakal Teaching Hospital in 2013, then later Torit State Hospital in 2014, and finally Yambio State Hospital.

Grace was instrumental in providing midwife training and mentoring, implementing immunization campaigns and supporting the Ministry of Health in improving maternal services around the country. She also engaged in community dialogues to understand the needs of the community, get their views on their health status, inform and sensitize on available midwife services, and raise awareness of the importance of Comprehensive Emergency Obstetric and Newborn Care services, commonly known as CEmONC.

“In delivering health care for all, there are many challenges. The world needs midwives and nurses now more than ever, so let’s celebrate the hard work delivered by UN Volunteers over the years.”

Working in South Sudan was not always easy for Grace though. "For example, many mothers don’t want to leave the safety of their homes to go to the hospital in conflict situations.  At one point, the health facilities were looted in Yambio, leaving us with little items to provide care," Grace shares. "Often there is little knowledge in local communities and wrong treatments are applied. I once treated a pregnant woman from Kapoeta who was suffering from high blood pressure. When she became unconscious following eclamptic fits, a red-hot metal was applied to her arms in an attempt to wake her up.  When an ambulance from the hospital brought her to us, she was admitted with severe wound sepsis, deeply unconscious after several fits and intrauterine fetal death."

Despite challenges, both Grace and Faisal volunteer tirelessly to provide better health services and ensure well-being for all in their assignments, just as the other UN Volunteers working in health-related assignments around the region.