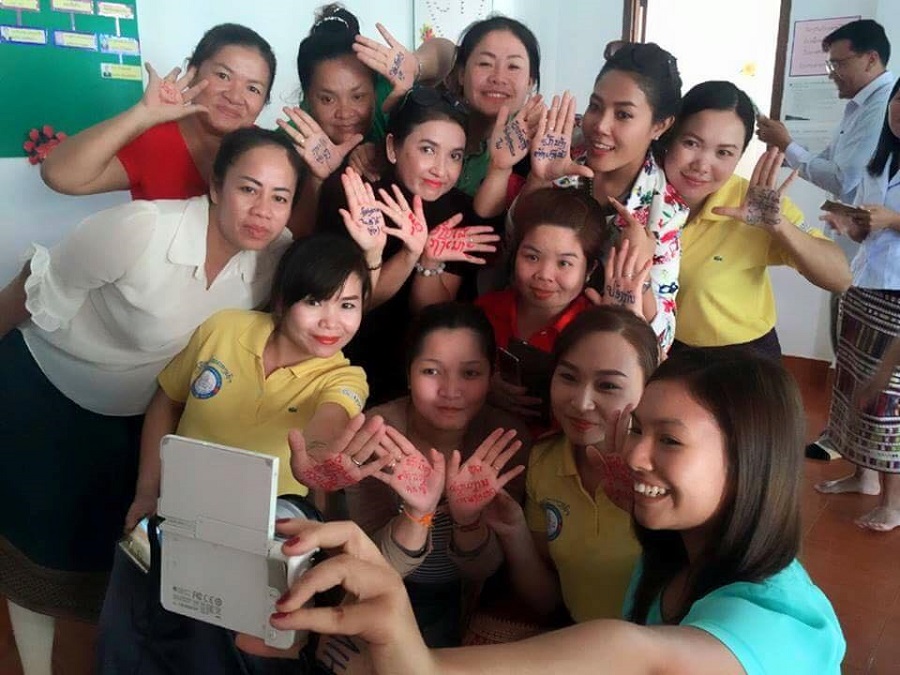 With UNAIDS, I worked with stigmatized groups of people that included homosexuals, sex workers, and people living with HIV/AIDS. Discussing socially sensitive issues with them opened my eyes to new perspectives and outlooks on life. It made me realize that, despite differences, we are all part of one humanity.

“I served with the Joint United Nations Programme on HIV/AIDS (UNAIDS) in Lao People’s Democratic Republic. My six-month assignment helped me gain many invaluable experiences that contributed to my personal and professional growth,” says Karinda Chuntavorn, a UN Youth University Volunteer in Resource Mobilization. Her assignment was supported by the Agency for Volunteer Service (AVS) and the Government of Hong Kong Special Administrative Region’s Home Affairs Bureau (HAB).

Being a UN volunteer I felt I had an opportunity to engage with the local community. What I found most interesting was the ability to initiate a dialogue by putting myself in the shoes of others, and to be able to talk to different sections of society about topics that were taboo or about which there was less awareness. I realized that pre-conceived notions fed to us by society often create labels about people that are misconstrued and harmful to peoples’ lives.

Gender was a huge component in the field of HIV/AIDS. It no longer became an issue of women’s rights, but the right of anyone to freely express who they are and have access to basic social services.

Engaging with the local community, I saw how some sections of society, such as transgender women, were discriminated against especially with regards to access to healthcare.

One of the projects I was involved in focused on the rapid assessment of HIV response for homosexual men. Research showed clear differences in the services offered to gay men and transgender women, and the unbalanced response towards these individuals.

There were many times when I had to go out of my comfort zone, especially when reaching out to other partners in various projects. Most of our work at UNAIDS focused on working with external stakeholders such as government ministries, international NGOs and civil society organizations. Even though I did not carry out any actual field work in rural areas of the country, the level of trust placed upon me to gather primary research from different sections of society gave me a sense of autonomy. I felt a deep sense of responsibility and understood that my volunteer work was valued.

In 2016, UNV deployed 6,590 UN Volunteers in 126 countries. Some 418 were funded by the partners of the UNV Full Funding programme, which included 67 UN University Volunteers.