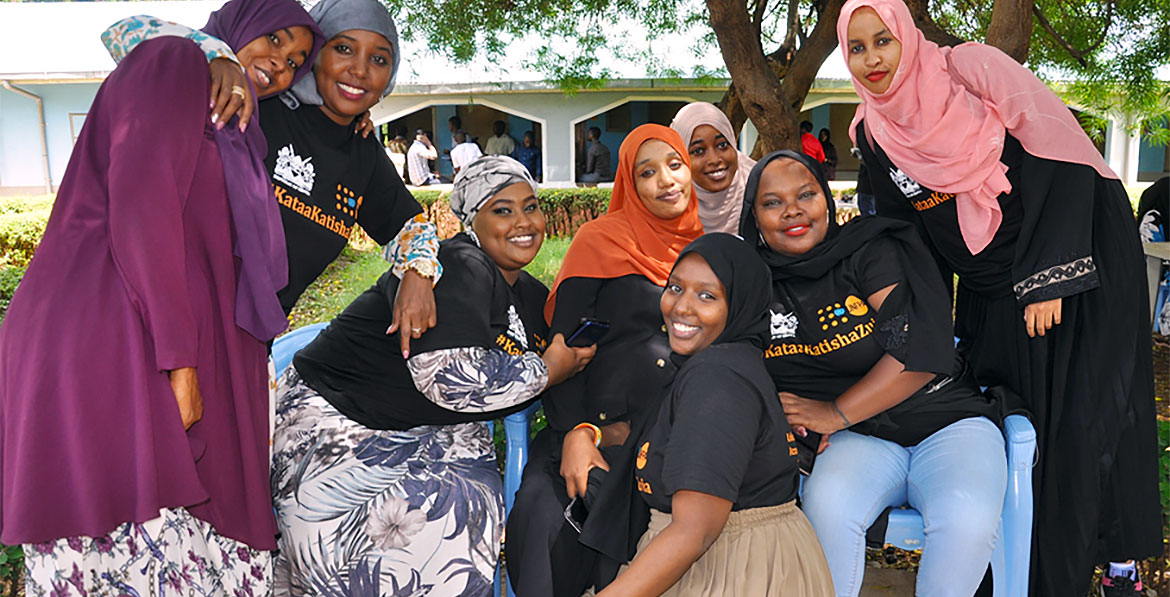 Aisha Hussein (centre, with orange scarf) and her team from Every Girl’s Dream pose for a picture during the anti-FGM youth caravan in Isiolo county, Kenya.
UNICEF, 2020

Unleashing the power of youth in ending Female Genital Mutilation

Today, 6 February marks the International Day of Zero Tolerance for Female Genital Mutilation (FGM), and in Kenya, this year’s celebrations are being held in Isiolo County, led by the UN Population Fund (UNFPA) and UN Children's Fund (UNICEF). The theme is Unleashing Youth Power: One decade of accelerating actions for zero female genital mutilation. In the build up to this event, a youth caravan travelled through four FGM hotspot counties of Samburu, Isiolo, Meru and Embu, raising awareness among young people of the fight against FGM, and the successes so far.  Aisha Hussein, 25, an anti-FGM Youth Activist from Isiolo County and an FGM survivor, led the caravan. Lucas Odhiambo, one of our National UN Youth Volunteers was there to tell her story.

Aisha Hussein has been spearheading sensitization campaigns against FGM since 2017 and is a leading youth voice against harmful practices, especially against girls.

“I became an anti-FGM activist after I gave birth to my first kid,” she explains. “I had a lot of difficulties giving birth and had to undergo a caesarean section. This got me thinking a lot about FGM.”

Aisha realized that her difficulties in giving birth could be partly attributed to the fact that she had been cut when she was just 7 years old. She reached out to her peers through a WhatsApp group and encouraged them to share their stories and experiences on FGM and childbirth.

“We realized that many girls were suffering in silence,” Aisha continues. “We decided to form an organization called Every Girl’s Dream.”

Through this organization, Aisha and her team are giving girls a platform to speak out, share their experiences and report potential cases of FGM. They also advocate for the rights of girls in Isiolo, Embu and Meru Counties. 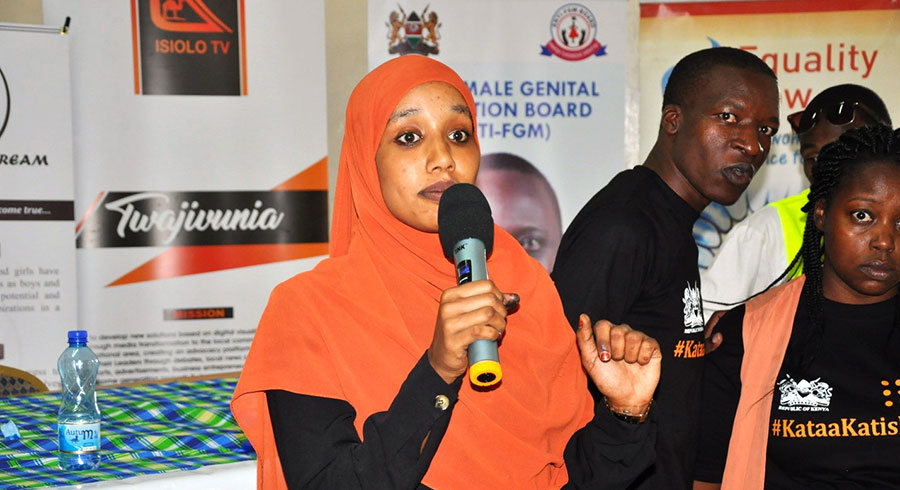 According to the World Health Organization, more than 200 million girls and women globally have undergone female genital mutilation in the countries where the practice is concentrated. The majority of girls are cut before they turn 15 years old, Aisha being one of them.

Girls who undergo FGM face short-term complications such as severe pain, shock, bleeding, infections, and difficulty in passing urine, as well as long-term consequences for their sexual, reproductive health and mental health.

Since 2008, UNICEF and UNFPA have been leading the largest ever global programme to eliminate FGM. In Kenya, the programme focuses on 22 hotspot counties. There have been significant achievements, with President Kenyatta committing to ending FGM in Kenya by 2022.

“We give emotional support to FGM survivor and use uncut girls as role models and mentors to hundreds of girls in these counties,” Aisha says. “This is proving very successful. There have been a few incidences of backlash from the perpetrators, but these have been reported and dealt with through official channels.”

Aisha joins her team for a group selfie, before continuing the caravan to reach more girls and young people with anti-FGM messages.

As a national UN Youth Volunteer, my role entails documenting and raising the visibility of  UNICEF initiatives within the country. It is very humbling to have had the opportunity to use my communication skills to tell the stories of young champions helping end harmful practices such as Aisha.