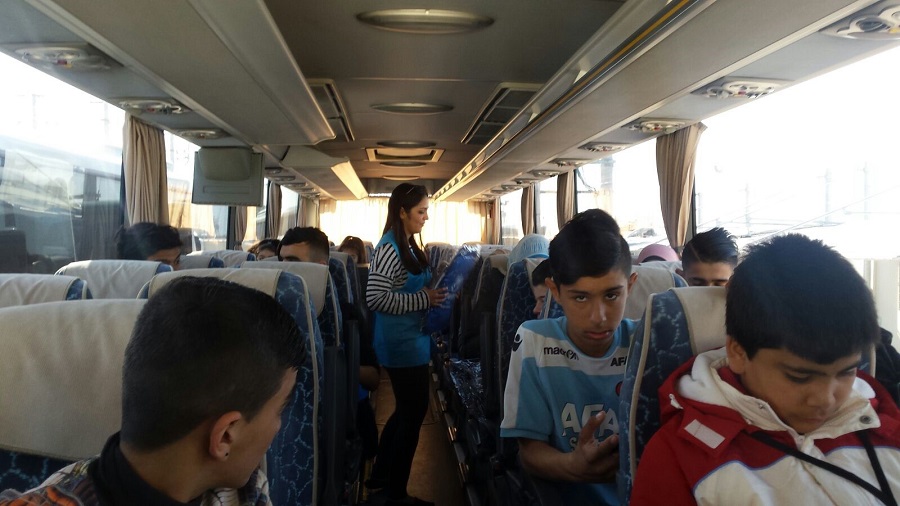 Volunteering to support refugees in Greece

Between 2016 and 2018, 35 UN Volunteers were recruited and deployed across Western Europe in response to the refugee and migrant crisis. Maria Cecilia Herrera was one of them. As an Associate Field Officer with UNHCR, she helped respond to the increasing needs for humanitarian assistance from refugees and migrants by supporting refugee protection in Greece.

Maria was a team leader for the United Nations High Commissioner for Refugees (UNHCR) team at the Skaramangas site. Skaramangas was the biggest refugee camp in the Attica region, hosting around 3,400 refugees including several unaccompanied and separated children.

UNHCR had a regular presence on the site, focusing on protection monitoring activities. Maria’s day-to-day duties involved identifying persons with specific needs and other vulnerable cases, and referring them to the relevant services, such as medical and psychosocial treatment.

Refugees are a reminder of the astonishing resilient nature of human beings. This is always my biggest lesson when I work with refugees, because these are people who have lost everything, but they use their experience as a catalyst for growth – that is really inspiring to me.” -- Maria Cecilia Herrera, UNV Associate Field Officer with UNHCR

Maria also provided information on asylum-seeking procedures. Depending on nationality and other criteria established by the European Union (EU), asylum seekers had the option to apply for asylum in Greece and to be relocated to another EU country or to request family reunification. One of her tasks was to inform asylum seekers about their options so that they could make informed decisions.

UNHCR was supporting the Government of Greece in improving reception conditions and capacity, finding ways to allow people to integrate into their host communities. Maria and her team’s work provided relief and complemented the state’s response during the refugee and migrant crisis.

For me volunteering allows people to become responsible agents of their own development, and that is why it is an integral part of the Sustainable Development Goals. Sustainable development can only occur when all members of society join efforts and commit to work towards a more inclusive and just planet. This is what motivated me to become a UN Volunteer.” -- Maria Cecilia Herrera

Maria is from Ecuador and she also served as a national UN Volunteer with UNHCR in Ecuador in 2012.

My father became a refugee when he fled Chile, his country of origin, after being imprisoned during the dictatorship. He arrived in Ecuador and that is where I was born. I think that this shaped who I was from a very young age, so working with refugees felt like a very natural step," concludes Maria.