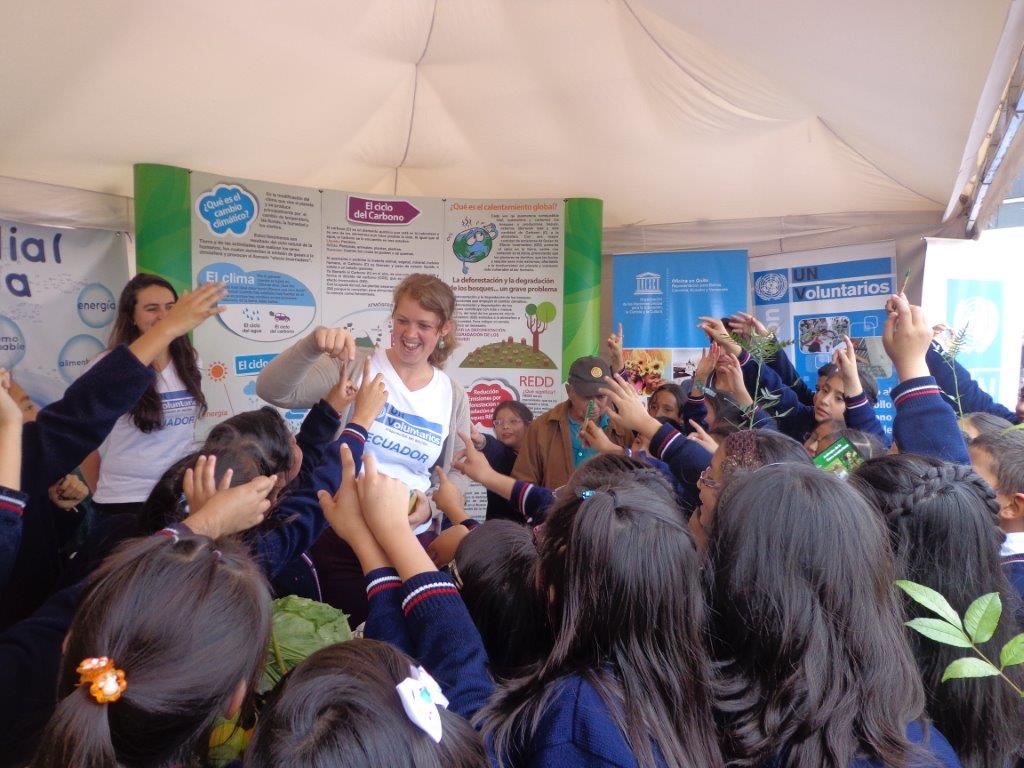 During my year in Ecuador, I met a lot of people, above all young people who are committed to fighting for a better world. I started my assignment in July 2013 to support the national consultations on the definition of the Post-2015 development agenda in Ecuador. The consultations were carried out under the slogan "The World We Want beyond 2015"

Quito, Ecuador:  Around one thousand young people from Quito, but also other parts of Ecuador and even Colombia, Cuba, Denmark, Germany, Spain and Venezuela, gathered on an August 2013 weekend to celebrate the largest alternative music festival in Ecuador. It was a great start into my year as a UN Youth Volunteer and provided an excellent opportunity to discuss development challenges with young people that hold the future in their hands.

During my year in Ecuador, I met a lot of people, above all young people who are committed to fighting for a better world. I started my assignment in July 2013 with the aim to support the national consultations on the definition of the Post-2015 development agenda in Ecuador. The consultations were carried out under the slogan The World We Want beyond 2015.

The official consultations with various stakeholder groups had just finished when I arrived, so I was responsible for the follow-up activities through the global questionnaire My World 2015. In every public event we organized, I took the opportunity to collect these questionnaires. And eventually, one year later, the counter shows 3,500 more votes for Ecuador.

One of the most successful stories was the mobilization of more than 30 volunteers who helped to distribute and collect the My World 2015 questionnaire. Thanks to them, 600 further citizens were able to voice their opinion through the questionnaire. But My World 2015 was not only about collecting votes. We also discussed the experience of conducting the questionnaire. The volunteers said that they are now more aware of the problems of their fellow citizens, and they intend to continue working as volunteers and supporting awareness-raising campaigns.

I also contributed to public relations efforts in the United Nations Volunteers (UNV) programme office. Together with other UNV colleagues, we published several articles about events on the volunteeractioncounts.org website and on social media. I even had the opportunity to talk about the consultation process on the UN radio.

I was tasked with the planning process for the consultations, and also carried out interviews with several representatives from various ethnic groups in Ecuador. These interviews were a further highlight of my assignment. I asked people about their view regarding the role of culture for development. Some of them mentioned the ancient traditional form of community work called minga as a way to strengthen the sense of community and to help each other. Others explained the differences between the Western and the traditional indigenous philosophy of life.

As a whole, I have learned a lot about the cultural diversity of Ecuador and its importance for the entire country. The national consultations were my gateway into understanding the vision Ecuadorians have on multiple aspects of societal and cultural life. I am very glad to have met so many pleasant, committed and visionary young people that are fully inspired by the prospect of developing their country beyond 2015.