Practicing negotiations for peace and recovery with youth

This year, the "Myropolis" (City of Peace) initiative was at risk of total cancellation due to the COVID-19 pandemic. It is implemented in the villages of the Donetsk and Luhansk oblasts of Ukraine, within the framework of the UN Recovery and Peacebuilding Programme. One of the first tasks of UN Volunteer Olga Tsuprykova, serving with the United Nations Population Fund (UNFPA), was to find activists from 2019 project alumni and to prepare and coordinate the new session of "Myropolis".

Last year "Myropolis" gathered nearly 200 young people from Donetsk and Luhansk oblasts (regions) to build city of peace: teenagers participated in educational and artistic activities that helped them to learn how to conduct negotiations for peace and recovery – important knowledge when you live in the conflict affected areas. Many of participants never left their villages before "Myropolis" sessions. Situation in these lands is really fragile and challenging: no descent roads, villages are very difficult to reach, parents do not allow children even to leave the houses.

Children of the Triohizbenka village in Luhansk oblast have same life but this year they were even less lucky: all major “Myropolis” events they could take part in were cancelled due to the pandemic. This where the UN Recovery and Peacebuilding Programme and Youth team of UNFPA decided to engage "Myropolis" alumni ambassador, 16-years old Anton, who earlier expressed his willingness to conduct ‘micro-Myropolis’ in his community. The team collaborated with him and Triohizbenka’s school regarding the organization of the life “Myropolis” session in the village, while Olga’s specific role was to provide mentorship support to the school and coordinate all the logistical work, including arrangement of the visit of the desired trainers – artistic platform from Mariupol called "Platform Tu".

With Olga’s mentorship and support, Anton and "Platform Tu" conducted "Myropolis" in Triohizbenka’s school gathering 30 kids of the local school together: three workshops covered topics of human rights, peaceful demonstrations, socially meaningful collages and video making for social media. Since the village is located in the epicentre of the military conflict, the workshops on peaceful demonstrations and human rights for local adolescents who didn’t leave their village is of great symbolism and importance to promote the role of youth in peacebuilding. 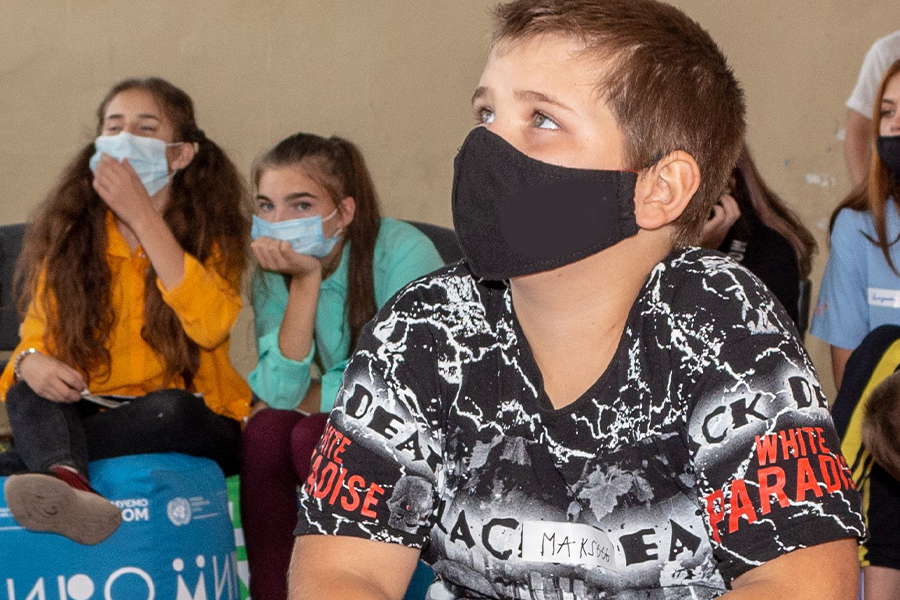 Children had artistic lessons during which they practiced negotiations for peace and communication during peacebuilding process. Kids actually learnt how to openly declare their will and vision of future in the sustainable and efficient way, e.g. protesting not against homework but asking for different type of it, demanding more creative and interesting tasks.

Thus, Anton brought the initiative of "Myropolis" back to his community. Same thing that Olga is doing after having become the UN Volunteer with The United Nations Recovery and Peacebuilding Programme (UN RPP) in Ukraine.

After studying, working, and living in Kyiv, Thessaloniki, Athens, and then Brussels, she came back to Mariupol, the city in her homeland, in June 2020 – being absolutely sure that giving back to your own land is one of the most important things in professional and personal life.

Most of all she gets inspired by the projects related to youth activism and unfolding potential of young people.

Helping young people who live in remote and affected areas to unfold their potential and see that they are actual actors of reality is something I really feel very much attached to jobwise and personally. I can say I am in love with my projects. We hope for the best and expecting much more youth activities next year, including onsite "Myropolis-2021",-- Olga Tsuprykova, Recovery and Peacebuilding specialist.

Despite she started few months ago, apart from "Myropolis", Olga is fully engaged into several initiatives of the host-agency. As a Specialist of the UN Recovery and Peacebuilding Programme, she coordinates youth-related projects in Donetsk and Luhansk oblasts as well as "Cities free from domestic violence" project of UNFPA that tackles gender-based and domestic violence in the nearby Zaporizhzhia oblast of Ukraine.

We are absolutely lucky to find Olga for the position based in Mariupol, a conflict-affected area near the contact line. Many well-educated people with relevant backgrounds are not ready to work in this region, because it requires great commitment in addition to experience, education and a set of mandatory skills. Olga has everything, and I deeply appreciate her proactive position, reliability, motivation and professional work for recovery of her native affected region,-- Olga’s supervisor, Oksana Andrushkiv, Regional Senior Coordinator of the United Nations Recovery and Peacebuilding Programme at UNFPA Ukraine. 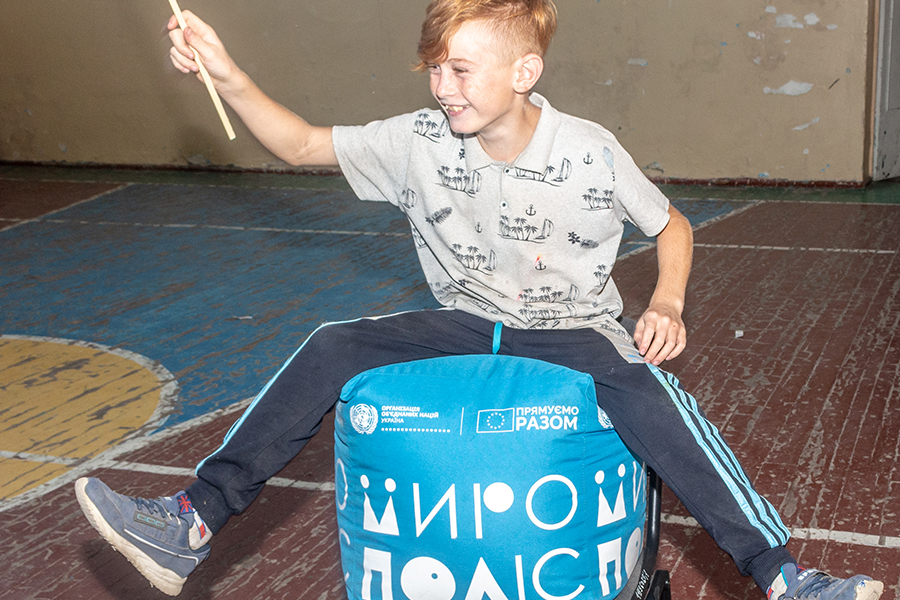 About the UN Recovery and Peacebuilding Programme

The UN RPP has addressed priority needs in eastern Ukraine following the outbreak of the armed conflict in the spring of 2014. The programme is intended to strengthen community security and social cohesion, support the economic recovery of conflict-affected communities, and further the implementation of decentralisation and healthcare reforms in government-controlled areas of Donetsk and Luhansk oblasts.