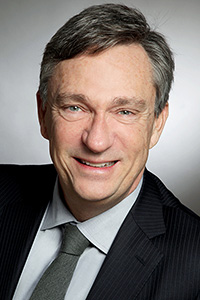 Mr Olivier Adam (France) took up his appointment as the Executive Coordinator of the United Nations Volunteers (UNV) programme on 2 January 2017.

Prior to this, Olivier was Manager of the UNDP Bratislava Regional Centre (2012-2014) and before that UN Resident Coordinator/UNDP Resident Representative in Ukraine (2009-2012).  He served in different capacities at UNDP headquarters in New York:  as Head of Global Fund Partnership and Team Leader for HIV/AIDS team, Bureau for Development Policy (2004-2009) and Senior Political Affairs Officer, Department for Political Affairs (2000-2004).

Olivier also held the positions of Deputy Director, Programme of Assistance to the Palestinian People (1997-2000) and Deputy Division Chief with the UNDP Regional Bureau for Europe and the Commonwealth of Independent States (1993-1996).

Olivier holds a Master’s degree in Public Administration from the Kennedy School of Government at Harvard University, a Master in Economics from the London School of Economics and Political Science and is a graduate of the Paris Institute of Political Studies (Sciences-Po).