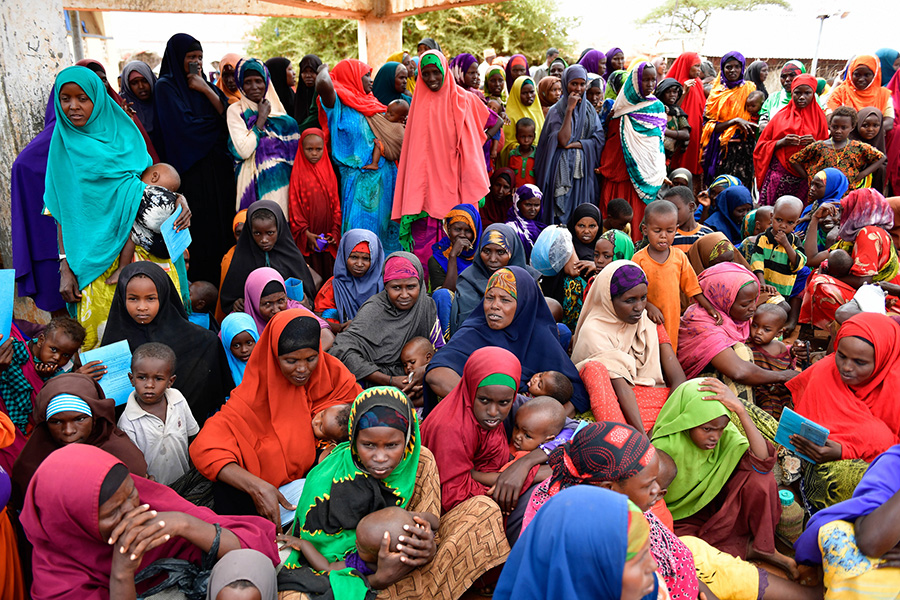 For the people of Somalia, the political tide has started to turn. There is a new sense of hope replacing the despair that had taken roots from decades of abandonment and constant struggle. With fresh hands holding the reins, the result of successful elections this year and the formation of a hopeful national government led by President Mohamed Abdullahi Mohamed and Prime Minister Hassan Ali Khayre, the country has reached a tipping point. There is a chance now to redress the imbalance in favour of a nation whose history is as old as civilisation itself.

According to UN sources, more than five million Somalis—representing nearly half of the population—need immediate humanitarian assistance. Nearly one in five across the country were forced to abandon their home, with half of them seeking refuge abroad. With failing crops for a third consecutive year, these numbers could continue to climb. To many abroad, there is little apparent hope in the foreseeable future for the Horn of Africa. The scene in Mogadishu however suggests a shift is happening. Construction crews are appearing on the streets, cranes are rising above the skyline, and like the hope that seemed lost to so many, the nation is starting to rebuild itself once again.

At the United Nations Volunteers (UNV) programme, we see tremendous potential to engage with Somali youth and the diaspora through volunteerism. International UN Volunteers are serving in Somalia today with support from peers embedded within UN operations in neighbouring Kenya. UN Volunteers have been active in the country for years and owing to this changing tide their numbers are rising once again. They make important contributions in the pursuit of sustainable development and broaden participation of people striving for a better future that secures peace and development for all—leaving no one behind.

We see how volunteerism exemplifies solidarity and compassion among people. Few would guess that two-thirds of serving UN Volunteers in Somalia are from neighbouring countries and the region. Many serve as engineers, medical personnel and security officers in the peace operations of UNSOM. They also serve in the humanitarian and development strategies of UN agencies on the ground, assisting those that are at immediate risk of famine and those displaced from their homes.

As efforts gain traction, and the speed of recovery accelerates, we encourage everyone to play a role in the reconstruction of this great nation. Volunteerism is an opportunity for everyone in Somalia, including marginalized groups, women and youth, to have their voice heard and their actions recognized. There is no greater testimony that can embody the fundamental values of commitment, inclusiveness, engagement and solidarity, than volunteering to help a neighbour, a community, and a nation rebuild.

The need for support to Somalia has never been so great. Political will now exists within the country that can channel assistance to the hundreds of thousands of Somalis who have been forced to abandon their homes, and the millions who urgently need food to feed their children, and themselves. Long-term commitments to both humanitarian and development assistance are needed to continue bringing relief to a crisis that has gripped too many lives for far too long.

Tomorrow’s headlines may continue to discourage but Somalia today is at a tipping point. Its people have not been forgotten. The tide is clearly turning. Now is the time to turn despair into hope, and hope into action. Let us hear the call of the Somali people and build with them a better future for all.