Exploring the potential of volunteerism in Turkey

Just as it is an obligation to pay taxes, it is also an obligation to transfer social responsibility and the awareness we create within us as a culture to our children and society. That is why I would like to thank the individuals and institutions that managed to come together, despite their differences and across varying fields, on 5 December, International Volunteer Day. --Mert Fırat, UNDP Goodwill Ambassador and Turkish actor

İpek Naz Çınar and Erman Fermancı, UN Volunteers serving with UN Women, made a call to action for the 16-Days of Activism against Gender-based Violence and moderated some of the discussions. Tuğba Toplama, UN Volunteer with the UN Development Programme (UNDP) was the master of ceremony. Another UN Volunteer with UNDP, Yaman Gönen, managed online polls during the broadcast. Online volunteers Zeynep Yılmaz and Hasan Berk Zengin supported social media coverage.

A key role of the national volunteers in healing the wounds of the İzmir and Elazığ earthquakes in Turkey was highlighted by speakers on the panel about Volunteering in Disaster Management. Presidents of the Turkish Red Crescent, Dr Kerem Kınık, and Disaster and Emergency Management, Dr Mehmet Kasapoğlu, emphasized the important role of online volunteers and invited the Turkish audience to register at Gönüllü-Ol platform and AFAD Volunteer website to take action.

Rana Kotan, Secretary General of the Third Sector Foundation of Turkey and the guest speaker of the panel on Volunteerism in the public sector, shared, "Seven per cent of Turkish citizens take part in active volunteering, but this can be increased through early education and curriculum changes."

The Director-General for Financial Cooperation and Project Implementation at the Directorate for EU Affairs, Bülent Özcan, emphasized that local governments could only start to pay attention to the issues highlighted by non-governmental organizations after they were introduced in the city council.

The panel on Volunteering in Universities gathered professors from several academic institutions. They highlighted how important it is to include volunteerism in curricula and shared recent examples. Professor Dr Nurhan Yentürk of İstanbul Bilgi University shared his facility's latest publication on Volunteerism in Turkey.

Unlike other forms, youth volunteerism is powerful for the empowerment of young people. At this point, the most important element is that young people learn to do something together with their peers. -- Professor Dr. Nurhan Yentürk, Istanbul Bilgi University

In the scope of UN Women’s #16DaysofActivism, İpek Naz Çınar and Erman Fermancı (UN Volunteers serving in gender equality projects) creatively promoted the Turkish “Light The Dark" Campaign. İpek Naz Çınar explained why their efforts as volunteers are so important.

The event was held in Turkish and English, and also translated into sign language entirely to facilitate inclusion of persons with disabilities, the latter provided pro bono by Ayder Association.

Within the scope of IVD activities, the followers of the National Volunteer Committee’s Instagram account increased by almost 55 per cent. Among the followers, 84 per cent of the audience answered "Yes" to the question "Have you ever volunteered?"

How to become a UN Volunteer and different UNV modalities were presented by UNV's Programme Assistant in Turkey, Aydan Özkil, in a fun way. To watch please click here.

UNV, in partnership with the government, civil society organizations, academia, volunteers, the private sector and UN agencies, will continue its efforts to create an enabling environment for volunteerism and support including volunteerism in the Turkish education curriculum. The 2030 Agenda can only be achieved by acknowledging and receiving the valuable contributions of volunteers. --Nil Memişoğlu, UNV Country Coordinator in Turkey 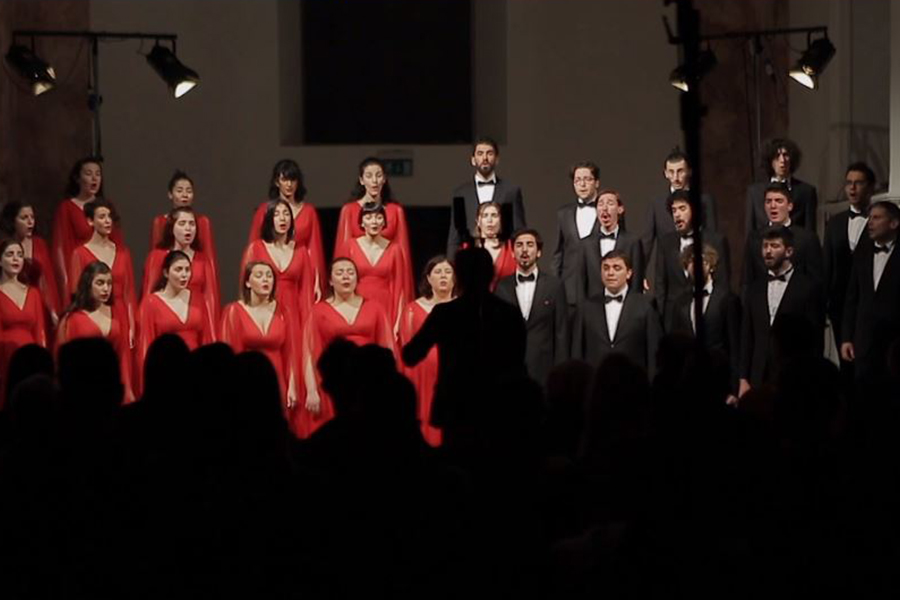 Europe and the CIS
International Volunteer Day
IVD2020
Together We Can
UN Women
UNDP
Sustainable Development Goal
SDG 17: Partnerships for the goals