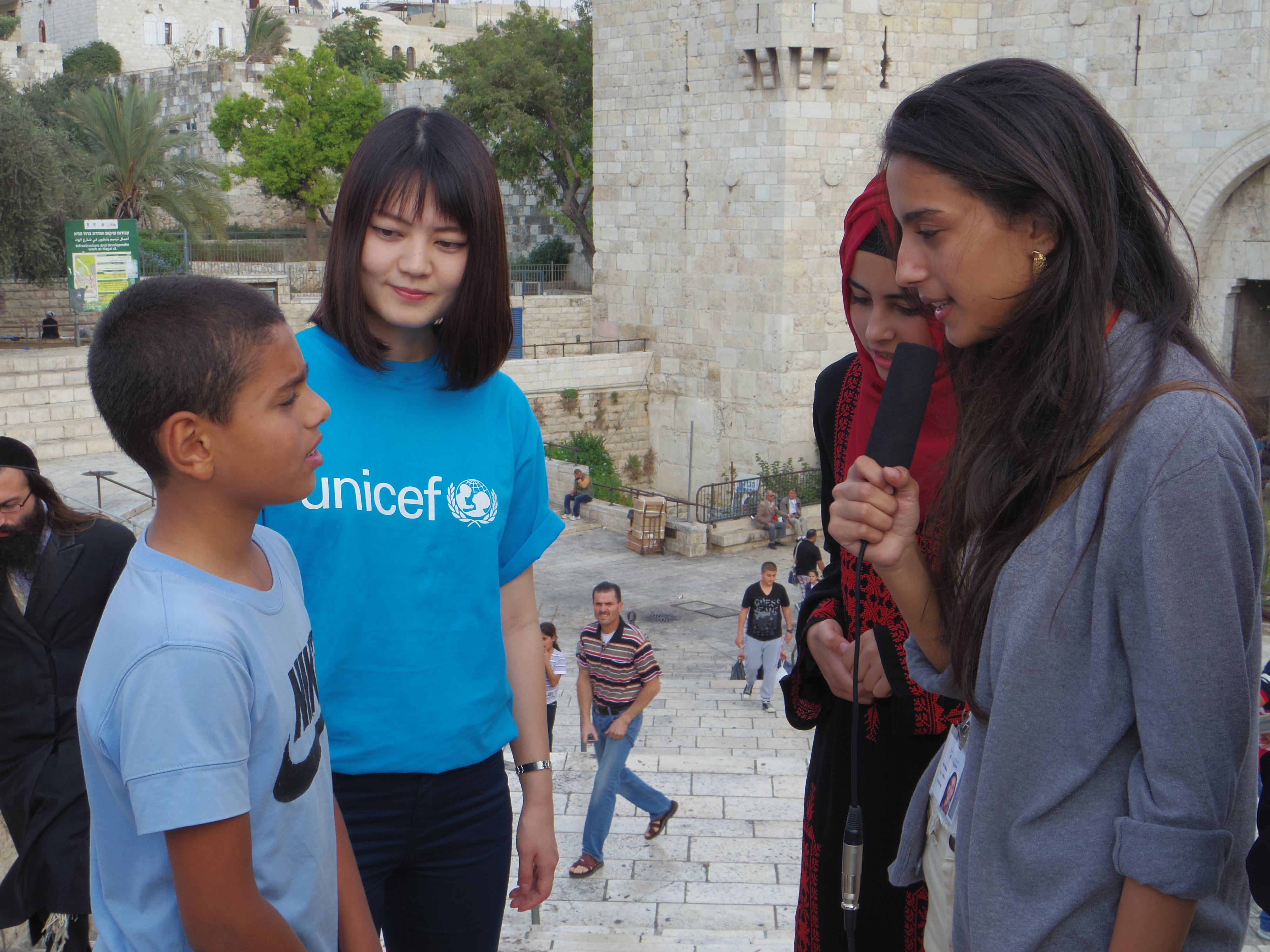 "Adolescents can be powerful agents of change in communities", says Chizuru Iwata, an international UN Volunteer from Japan, who worked with UNICEF as a UNV Adolescent Participation Officer in the State of Palestine.

Ramallah, State of Palestine: "Adolescents can be powerful agents of change in communities," says Chizuru Iwata, an international UN Volunteer from Japan, who worked with UNICEF as a UNV Adolescent Participation Officer in the State of Palestine.

Her volunteer assignment was by no means in an easy environment. A 51-day Israeli military operation in July and August 2014, according to United Nations reports, left several thousand people dead, many of whom were children, and over 10,000 injured. It destroyed and damaged homes, leaving tens of thousands homeless.

"Working in UNICEF's Adolescent Development and Participation section, I supported implementation, monitoring and a variety of the section's activities that were building the capacities of national partners and community-based organizations to promote civic engagement, participation and knowledge-sharing among adolescents," says Chizuru.

She supported projects in the West Bank, Jerusalem and Gaza that helped Palestinian adolescents make a positive transition from childhood to adulthood; and enhanced greater social cohesion and a culture of non-violence through peace-building education. Nearly half of the country's 4.4 million people are below the age of 18.

The State of Palestine has witnessed a severe humanitarian crisis due to a long-standing siege and embargo imposed on The Gaza Strip and a fragile economic situation. The unemployment rate was 40 per cent at the end of 2013.

More than half the population had become dependent on food aid from international agencies. Electricity outages lasted up to 18 hours a day across Gaza and only few localities were receiving adequate water.

While the conditions of occupation were restrictive and the project implementation sometimes difficult, Chiruzu contribution was nonetheless significant. "UNICEF's training projects offer adolescents skills and opportunities to solve some of their own problems. They help them gain a feeling of self-worth and an understanding that they have the power to transform society."

Adolescents (10-18 years) live in an environment marked by poverty, violence, conflict and a lack of safe play areas, particularly for girls. In addition, adolescents are exposed to violence, child labour, substance abuse, high dropout rates from school and early marriage.

"To strengthen UNICEF and partners' knowledge management in the area of adolescents, I collected and analyzed background information on the situation of adolescents in the State of Palestine and prepared documentation on good practices in programming."

As a result, both male and female volunteers were recruited, as some parents would not allow their daughters to attend project sessions facilitated by male volunteers.

"Through my assignment, I got to know Palestinian society and its people. Living in the State of Palestine, I learned about both the difficulties surrounding peace-building and the importance of it," says Chizuru.

"As our section is trying to establish a volunteer network and create a culture of volunteerism in the State of Palestine," explained Chizuru, "my presence as a UN Volunteer added value in this respect."

In communities separated by walls and little access to the outside world, Chiruzu promoted volunteerism. Her efforts to create opportunities embody the spirit of UNV -- inspiration in action!