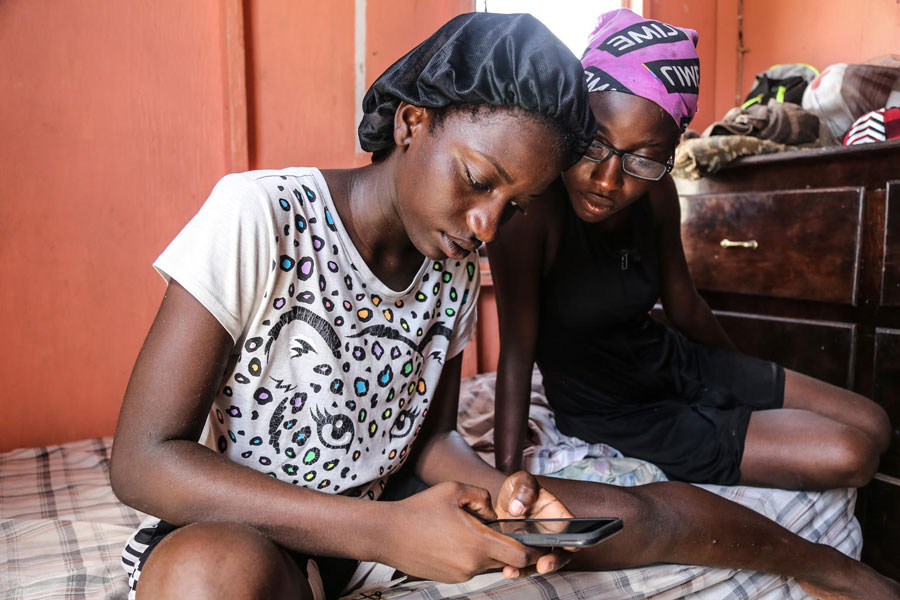 Katy Sabrina Estime, 15, sits with her friend in her home which was severely damaged by Hurricane Irma, in Grand Turks, Turks and Caicos Islands.
UNICEF/UN0121875/Moreno Gonzalez

After Hurricane Irma hit the Caribbean, UNICEF recruited volunteers using the UNV Online Volunteer service and trained them to respond to messages on the situation and advice on how to stay safe. Seven volunteers were recruited and responded to 8,000 messages in 21 days.

They came in three. Hurricanes Irma, Jose and Maria battered their way through the Caribbean and Southern Florida last summer, with 185mph winds causing an estimated $67 billion worth of damage. Many homes, schools and hospitals were ripped apart, with communities working desperately hard to ensure people remained safe. One important way of ensuring people were prepared was getting potentially life-saving information to those in the path of the storms.


That’s why U-Report, UNICEF’s messaging platform, gave updates on the situation and advice on how to stay safe to thousands of U-Reporters. Within days, 25,000 people accessed this information using Facebook and Viber Messengers.

However, as the scale of the storms became apparent, it was clear to UNICEF staff that more was needed.

UNICEF recruited volunteers using the UNV Online Volunteer service run by the United Nations Volunteers (UNV) programme and trained them to respond to messages via U-Report. Seven volunteers were recruited and responded to an incredible 8,000 messages in 21 days.

How important was this information? According to a 15-year-old U-Reporter in the Dominican Republic, it was critical:

“I don’t know how to explain myself, but in my 15 years this is the first hurricane I’ve ever been through, and it really scared me,” she said.


But I don’t know how to tell you that the information you sent me was some of the best information I got, and I shared it with my whole family by telephone.

We caught up with some of the great volunteers hear about their experiences:

It was a challenge said Loïc but one he relished. “It was part of my job and I loved it, but it was hard to just go to bed when a message arrived,” he said.

“There were times when they arrived in great numbers. I felt a need to make sure I got them the information they needed to survive when people were asking it was important for me to answer.  I was good in my bed and they weren’t.”

At times, he said, it could be very hard to see the problems people were going through. “I was seeing messages like ‘my house was destroyed’ or ‘my brother is in hospital’. These were the worst because I had a feeling of powerlessness. I’d share these with the skype group we had and the regional lead would help answer these.”

But, he knew his efforts were worthwhile. “I felt really good because I was doing something useful. Maybe one of my messages helped a young person or family to stay safe.”

This article was originally posted in the UNICEF website. See the full text.