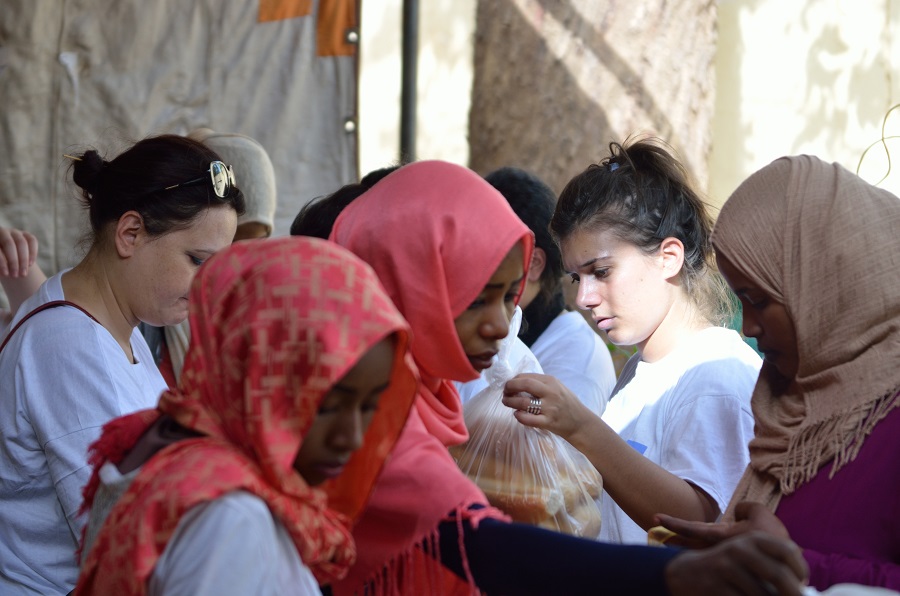 UNV participating in food distribution for Ramadan in cooperation with a local NGO in Sudan. (UNV, 2016)

Emphasizing the role of women and their participation

“Simply because women are engaged in economic activity does not always mean that they have decent work or that their contribution is being fully recognized.” Anita Bianchi is a UN Youth Volunteer in Private Sector Development with the United Nations Development Programme (UNDP) in Sudan. Her assignment is funded by the Government of Italy.

Sudan is a vast and diverse country with many facets. The landscape itself is reminiscent of this diversity – Sudan goes from hot deserts to green areas around the Nile. The same diversity applies to the faces of the people you meet. My experience in engaging with women as part of my assignment has also been quite diverse.

Armed conflict has incessantly affected the country. The role of women in the full spectrum of society is fluctuating. My volunteer assignment enables me to look at facets of this spectrum and contribute in any way I can.

I attended a workshop in Nyala, South Darfur, organized by UNDP for local NGOs involved in the Disarmament, Demobilization, and Reintegration (DDR) Programme where I had a session on DDR and the private sector. While presenting, I asked the participants what they identified as the best way to ensure women’s participation in livelihood activities promoted by the DRR Programme. The majority of the participants were surprised by the question, as they already saw a broad involvement of women in income generating activities, especially agriculture. 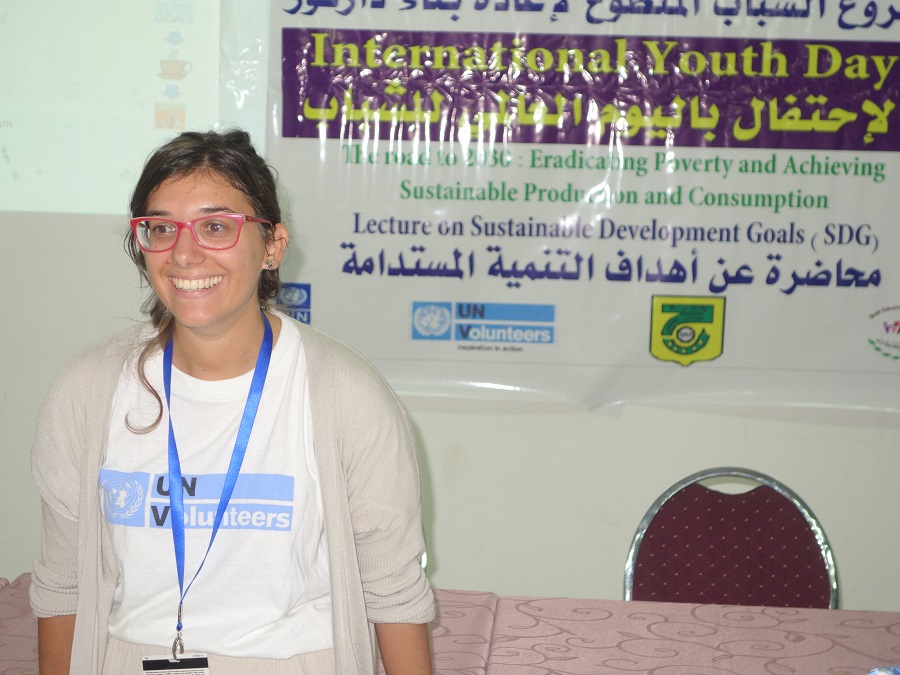 Looking around in Nyala, I have seen women riding donkeys, fetching water, selling goods, and doing so much more. I see more women than men, which is a direct consequence of the conflict in Darfur.

The conflict has left many households without a male member. Inevitably leaving women to take up roles that were traditionally held by men.

I witnessed a different situation while going through the results of a UNDP assessment conducted in North Kordofan State. It was proposed that women could learn a new skill – the tapping of gum arabic – Sudan’s prized export. Here women refused to learn claiming they are already overwhelmed by many other tasks – caring for children, collecting wood for their households, looking after animals, and more. Tapping gum Arabic was a ‘male job’, they said – it required physical effort.

Comparing these two experiences makes me think that simply because women are engaged in economic activity does not always mean that they have decent work or that their contribution is being fully recognized. The women in Nyala who are doing everything from household chores to working outside the home might also be a target for gender-based violence. Then there are women who prefer not to engage in traditionally-considered male jobs in North Kordofan because they already have enough on their plate.

Sudan has a long way to go when it comes to ensuring women’s participation in economic activities and the promotion of decent work.