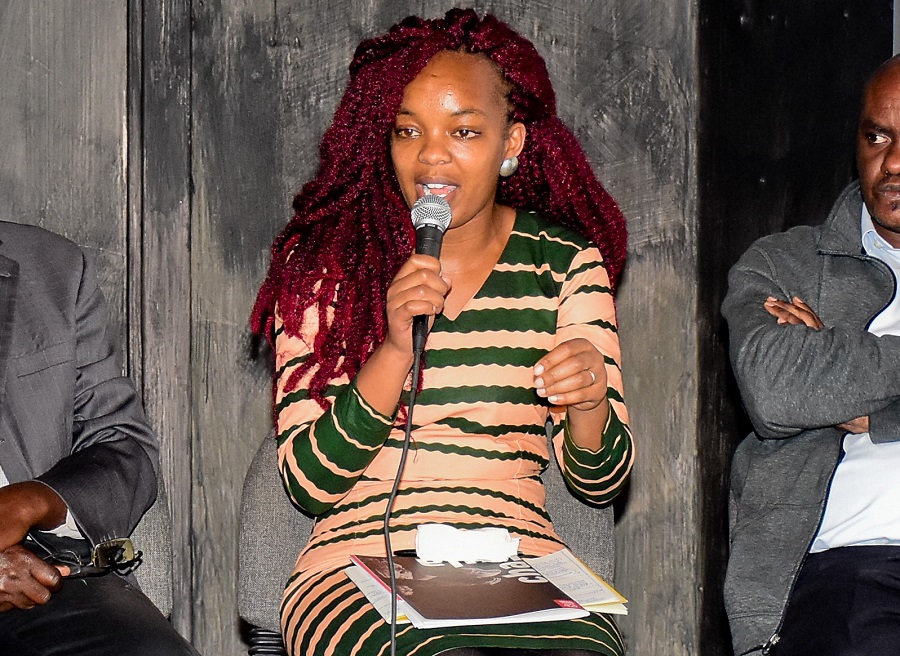 Every October, UN-Habitat and partners organize a month of activities, events and discussions on urban sustainability. This year’s Urban October may have just ended, but Grace Githiri, a national UN Volunteer with UN-Habitat, is still at work promoting urban food justice in informal settlements across Africa.

Informal settlements are rapidly growing as Africa urbanizes, and a key marker of this growth is the glaring spatial inequalities being witnessed across the continent. In Nairobi, for example, 63-70 per cent of people live in informal settlements (UN, 2015), occupying only 6 per cent of urban land (UN Habitat, 2017).

This disparity in population densities is such that high-income households on average live on, or have access to, one acre of land, whereas there are up to 250 households per acre in some informal settlements of Nairobi, Kenya. While the consumption base for food is evidently large, access to safe, nutritious, affordable and sufficient food remains a mirage for many living in these settlements. At UN-Habitat, Grace Githiri has been working to raise awareness on urban food security.

The lack of basic social services creates a situation in which many street food vendors have to sell their food items in locations that may expose food to contamination, such as near open sewers. --Grace Githiri, UN Volunteer with UN-Habitat, Kenya

For women vendors, the lack of lighting presents a real security risk as many of them have to sell until late into the night and walk home alone in the dark. Population growth in urban areas, especially among youth, continues to increase due to rapid urbanisation and the ever increasing rural economic marginalization that is driving rural-urban migration. On the other hand, land that was previously used for farming in rural and peri-urban areas is quickly being converted for real estate purposes.

Grace has been working to link policy and practice on the status of food justice for urban communities, role of informal economy on food availability in urban areas and what state, existing gaps and non-state actors can do response to food injustice. She is currently developping tools and guidelines to integrate food system and nutrition in national and sub-national policies in close partnership with the Food and Agriculture Organization of the United Nations (FAO), not only for Africa but the rest of the world.

She is also actively involved in projects on urban-rural linkages as part of territorial approach to urban planning and policies, analysing how food systems and nutrition should be incorporated into National Urban Policies across Africa.

It is imperative that both state and non-state actors undertake a situational analysis in all the informal settlements across Africa, in order to better understand the complex challenges with regard to urban food security. --Grace in research she published recently

Grace believes that improving food security in African informal settlements must form part of a broader set of upgrading interventions to promote jobs, improve safety, and political empowerment and economic justice for residents.

We must guard against any form of upgrading that further excludes already marginalized communities or presents a development path that continues to concentrate urban wealth in the hands of the elite. --Grace emphasized