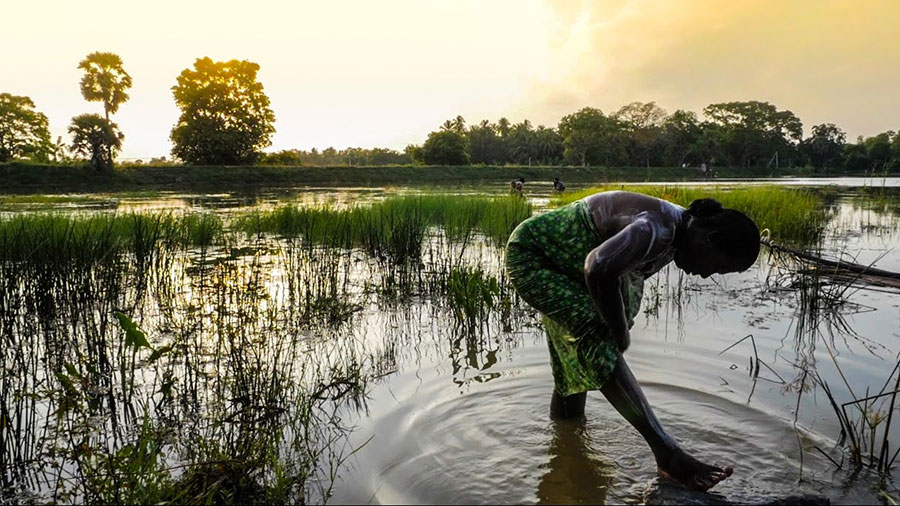 UNDP is pursuing a holistic approach to support Sri Lanka to adapt to a changing climate, which has included reviving millenary ecological wisdom, such as ancient water tanks.
(UNDP Climate Change Adaptation, 2016)

With youth taking the center stage in activism for climate change on 15 March 2019, mobilizing a record number of students across the world (1.5 million students, from 2,000 places, in 125 countries), it seems opportune to highlight why actions of such massive scale are a necessity now more than ever. Read more in this blog by UN Youth Volunteer in Knowledge Management, Anuradha Withanachchi, who served with the United Nations Development Programme (UNDP) in Sri Lanka.&#13;

Sri Lanka is identified as one of the major hotspots of climate change (according to a report by the World Bank, a hotspot is a location where changes in average weather affects the living standards negatively). Some 4 million people in the country are projected to be severely affected by 2020, thus it is imperative to know exactly how and how disastrous the consequences of this threat will be.

Our agriculture sector, which consists of domestic and export sub-sectors, contributes to our economy in the forms of income, employment, foreign exchange, food and raw material along with the stimulation of the growth of the economy through its links to all the other sectors. In numbers, the agriculture sector, makes up nearly 7 per cent of the contribution to the GDP, absorbs nearly 30 per cent of the country’s labour force, is the livelihood to 70 per cent of the rural population, utilizes 43 per cent of the total land area of the country, provides nearly 80 per cent of domestic food requirement and thus remains as the cornerstone of the Lankan economy. Climate change and the resultant erratic rain patterns, and extreme swings between droughts and rainfall, directly affects agricultural productivity, heavily. Simply put, the unreliability of their livelihood and thereby the limited water and food sources becomes a battle between life and death.

Sri Lanka, as a lower middle-income country has been seeing growth at a steady rate of 5.8% since 2010. The island is already operating on a temperature above the optimal level, and that coupled with the increasing temperatures, will negatively affect the consumption expenditures. Based on this, the standard of living is projected to decline by a massive 7% in Sri Lanka. Apart from the usual implications of extreme heat and rain on worker productivity and cultivation seasons, the long-term effects that climate change and the rising temperatures will have on the communities, and thereby the economy is yet to be comprehensively understood and tackled. And that’s one of the gravest of concerns, that Sri Lanka is wholly unprepared for.

With Sri Lanka being listed in the top of the most affected countries by extreme weather events in 2017 in the Global Climate Risk Index, by now the implications of such hazards are obvious. The masses that queued up for drought relief and the floods that affected the same masses in Northern region in December 2018, are evidence to the rise in such hazards. With Sri Lanka already being listed as one of the countries most vulnerable to climate change, the nature of the disastrous future that awaits us is evident.

This is exactly why events like the Global Climate Strike are important to us. Without significant changes from the bigger countries around the world, small islands like us, stand no chance.


So, recognize what threatens our world, stand in solidarity with those who speak out about it or have the luxury to do so and start contributing to combat this problem in every possible way, no matter how minute – even by way of sharing a social media post about adaptation work, because awareness matters.

Sri Lanka is currently benefitting from the Climate Change Adaptation Project II, funded by the Adaptation Fund, and implemented by UNDP, the World Food Programme and the Ministry of Mahaweli Development and Environment.

The project aids marginalized communities by facilitating the establishment of alternative, climate resilient livelihoods and through capacity development of the local government extension officers to cope with the novel challenges they now face.

Despite such adaptation and preventative work, our country has a long walk remaining towards climate resilience, and all Sri Lankans are required to persevere through this challenge. So, while we rejoice in the efforts of such adaptation work, we must also remember: climate change is a problem with a deadline, and each day we’re edging closer to it, with no plan of survival.

Anuradha Withanachchi is a UN Youth Volunteer in Knowledge Management, serving as part of the Climate Change Adaptation Project II at the United Nations Development Programme (UNDP) Sri Lanka.  This article was first published on the website of UNDP Sri Lanka.