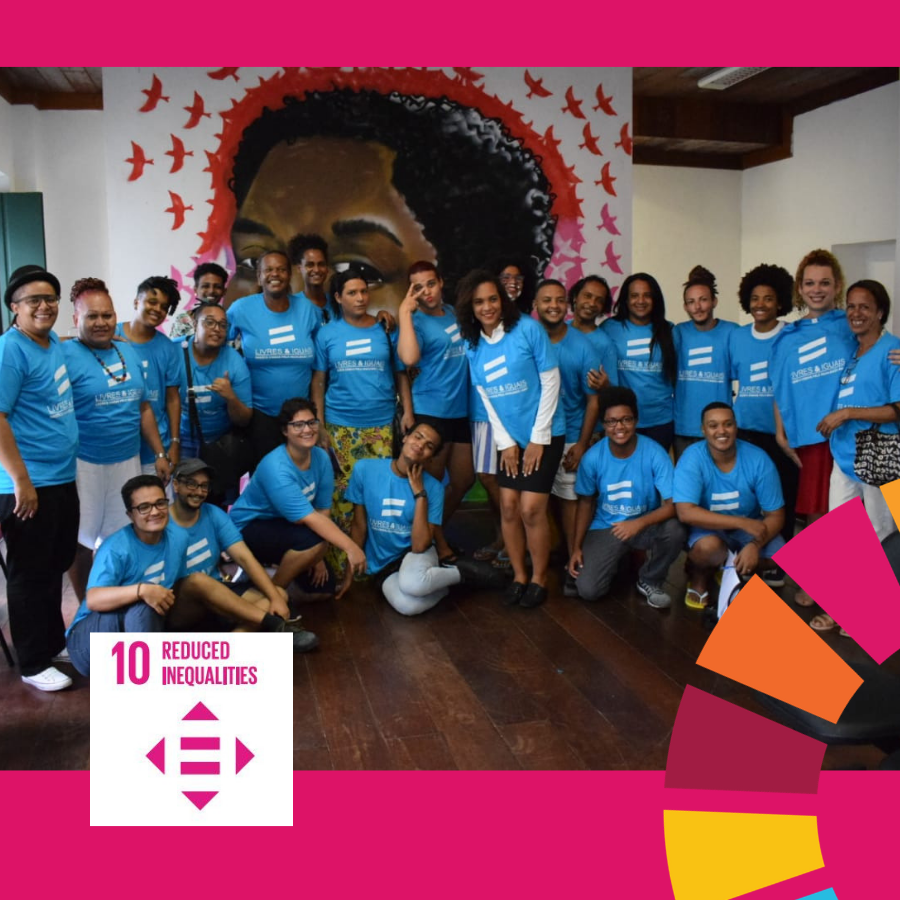 On the International Day Against Homophobia, Transphobia and Biphobia, UNV highlights the relevance of volunteer work in making progress towards SDG 10 and inclusion of LGTBI in Latin America and the Caribbean.

According to civil society organizations, one person is killed every 27 hours in Brazil because of their sexual orientation or gender identity, and Brazil ranks first in the world in the number of trans people killed every year (TGEU, 2018). The country still has laws criminalizing homophobia and transphobia, and it does not have comprehensive public policies for the LGBTI population.

Since 2014, the United Nations System in Brazil implements the Free & Equal Campaign in the country, raising awareness of homophobic and transphobic violence and discrimination, and promoting greater respect for the rights of LGBTI. Trans-Formaçao, a pilot project, was also developed to foster the participation of trans people in decision-making spaces, increase social inclusion and address the high rates of violence and negative stereotypes towards this population.

In this context, Brazil recognizes the key role that local volunteers can play in the prevention of hostile public attitudes and discrimination, raising their voices to prevent workers being fired from jobs, students bullied and expelled from schools, and patients denied essential healthcare. As a result, 24 leaders have been recruited to serve as UN Community Volunteers in the Trans-Formaçao of Salvador project in Brazil, opening opportunities for advocacy and empowerment at the local level.  The 24 UN Volunteers are being trained on gender and inequalities, public policies for transgender people, social inclusion and employability, among others.

To have participants from the “Trans-Formaçao of Salvador” project serving as UN Community Volunteers is an incredible opportunity for their personal and professional growth, but also to strengthen their local communities. They also support the UN Free and Equal Campaign and the UN system in reaching out to local communities in Salvador about LGBTI rights, which is extremely important so that no one is left behind.” -- Lua Stabile, national UN Volunteer Diversity Specialist from the Free and Equal Campaign in Brazil.

Trans-Formaçao strengthens local networks of trans individuals who have already experienced or are interested in engaging with activism activities in their communities. Two pilot editions have already been implemented in the Federal District of Brasil with the support of civil society organizations, academia, the Government and the Public Labour Ministry.

The aim of the initiative is to strengthen the networks of trans people, advocating for the work of activists and empowering them as leaders in the promotion of human rights through a mentoring program.