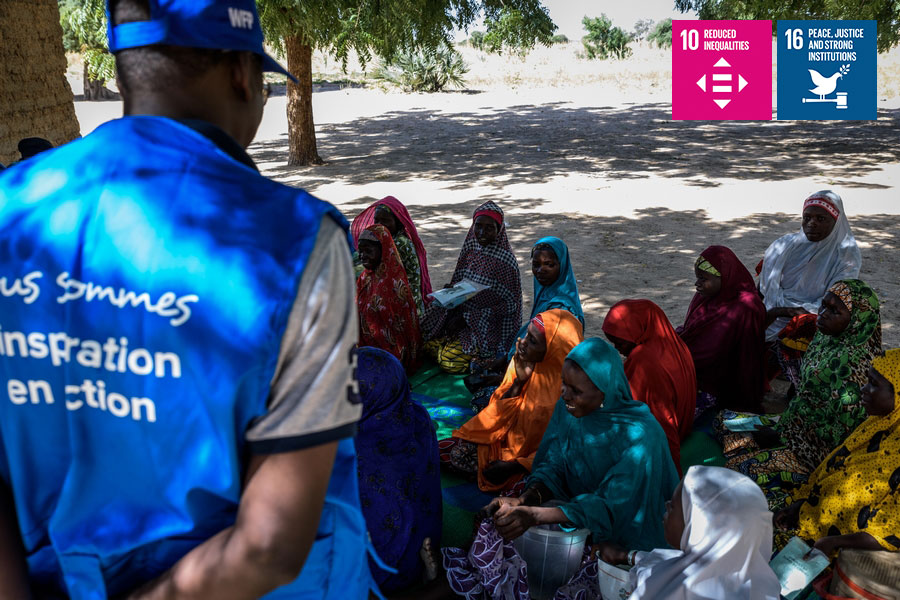 It’s in Maradi, approximately 550 kilometers from Niamey, the capital of Niger, that Sani Garba conducts different missions to deliver legal aid to the vulnerable people. Born in Niger, Sani serves as a national UN Volunteer Legal Advisor with UNDP.

As the second largest city of Niger, Maradi is exposed to many challenges due to climate and food security threats, as well as migration issues, as the town is on a migration route for many young Africans.

Since he started his assignment in July 2018, Sani operates as a resource person at the Maradi High Court and detention house.

His contribution aims at ensuring the continuity of a free legal and judicial assistance service to vulnerable populations, as part of the UNDP project Access to Justice and Promotion of Human Rights initiated to support the Ministry of Justice and local authorities.

A graduate of the Faculty of Economics and Law, University of Niamey, Garba is working tirelessly to improve access to legal and judicial aid to detainees at the Maradi prison.

I provide legal and judicial aid to people under remand detention, with respect to their rights and duties on the conditions of detention. --UN Volunteer Legal Advisor Sani Garba with UNDP, Niger

At the prison, Sani assists at least 15 prisoners twice a week. He identifies and registers detainees who have overstayed or are being held unlawfully or inappropriately, then reports their situation to the investigating judges of the High Court for trial or release.

Two days a week, I organize awareness-raising sessions with groups of prisoners. Then I propose a topic for discussion, for example the conditions of pre-trial detention, the role of the investigating judge or simply their rights and duties. I also organize permanent sessions where I meet the detainees individually. I listen to their grievances and process their requests by following up at the court level and keep them informed about the progress of their cases. --Sani Garba

Sani says he finds motivation in his desire and passion to help the vulnerable. In addition to assisting detainees, he also provides legal and judicial aid to all users of the public service of justice. Specifically, he offers support to the clerk of the Maradi prison and to the local legal and judicial assistance agency of Maradi.

Thanks to his work, the local community is well sensitized and guided within the framework of the public service of justice. "I am a member of the High Court of Maradi and the prison and I am very happy with this position to help people," he says proudly.

As part of this project, UNDP recruited and deployed 29 national UN Volunteers legal advisors, like Sani, to support access to justice and promote social well-being for vulnerable communities in Niger.

The value of all UN Volunteer contributions with UNDP is to help people access basic social services and justice. In my view, our day-to-day duties are to assist the vulnerable, minors and the mentally ill. --Sani Garba

The landlocked West African country faces many challenges: security threats in the southeast on the north-eastern Nigerian border as a consequence of the Boko Haram insurgency, and the shrinking of the lake Chad basin, both of which are worsening the humanitarian situation. In 2018, 145 UN Volunteers were deployed to support the global response to the crisis. In the same year, 83 UN Volunteers serving with UNDP were deployed around the country to assist vulnerable communities living in the most remote areas.