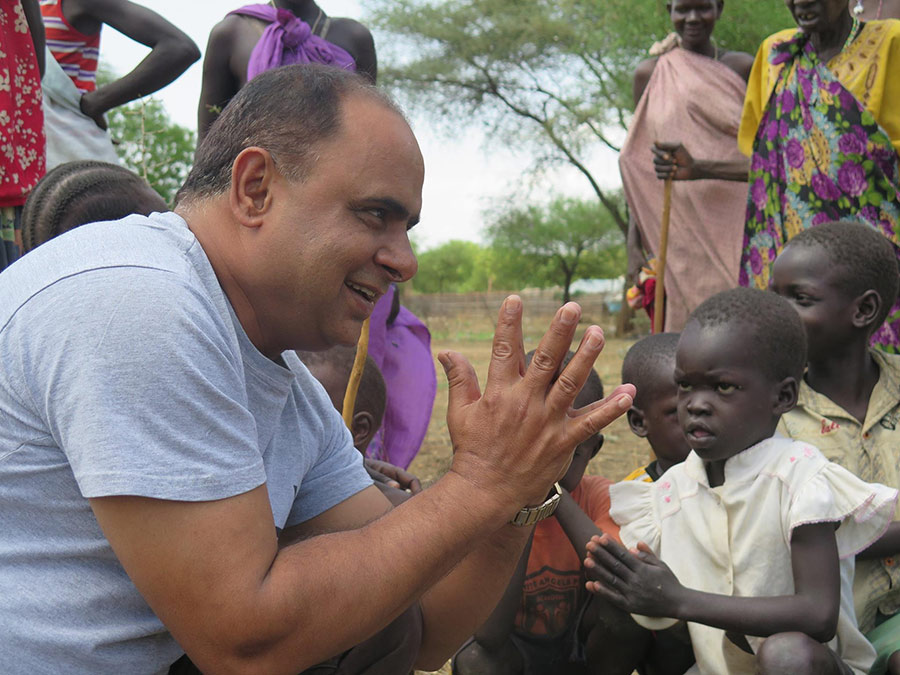 South Sudan has been at civil war since December 2013, claiming the lives of tens of thousands of civilians and forcing more than four million people to flee their homes. The United Nations hosts about 200,000 of those who have been displaced   in Protection of Civilians sites across the country.

The human rights situation in the country is dire with violations and abuses common. In the course of following human rights cases for nearly five years, Thakur identifies arbitrary arrests and detention, child compensation, early and forced marriage, child abduction, gender-based violence, and extrajudicial executions as the key human rights issues in the country. 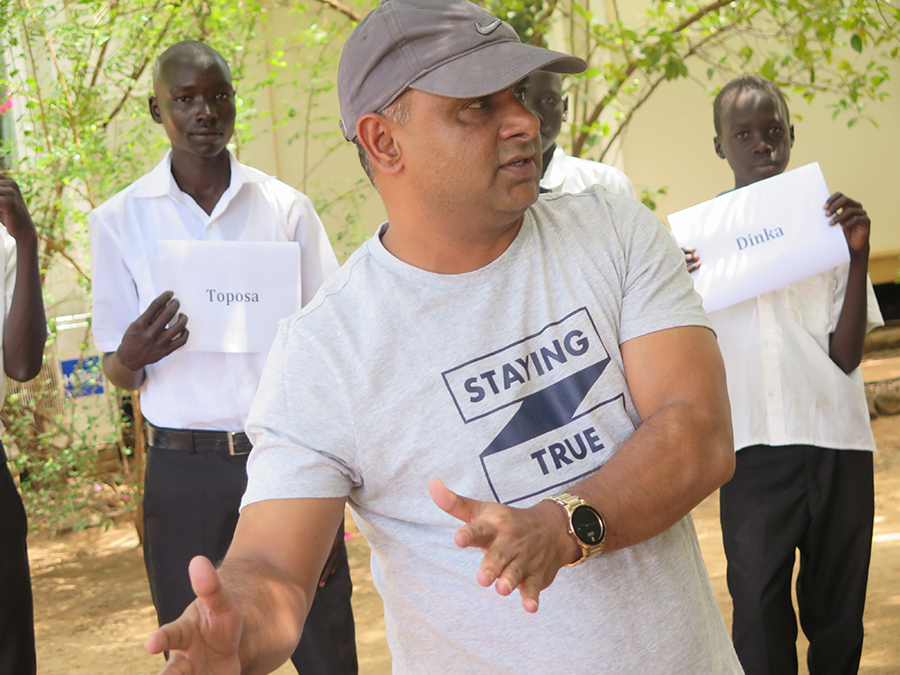 Thakur is working to address these issues and protect and promote the human rights of some of the most vulnerable people in the country, especially women and children, across the Eastern Equatorian Region. He regularly visits prisons in towns like Torit, Kapoeta Nimule, to follow up on cases of detentions. He collaborates with local officials, judges, chiefs, police officers, faith-based organizations, women and youth groups, and civil society networks to strengthen their awareness of human rights and educate them on proper judicial procedures in accordance with the South Sudanese acts and the constitution.

Thakur explains why he decided to volunteer as a human rights officer in South Sudan:

I wanted to share my experience from my home country, Nepal, working with people who really need their rights to be protected. --Thakur Chapagain, UN Volunteer with UNMISS

Thakur was a child protection officer for the Nepalese National Human Rights Commission and the Country Focal Person for the Civil Society Alliance for Child Rights in South Asia. He also has a legal background that he says helps him strengthen the judicial system in South Sudan and build the capacity of law enforcement officials to uphold human rights principles.

Thakur says what he finds most rewarding about his work is intervening in appropriate ways to benefit victims and supporting them in solving their issues. He says regardless of the suffering they have gone through, the majority of the victims he works with, and advocates for, are often very welcoming and jovial.

One particular case that Thakur is especially proud of is that of a 15-year old juvenile who was sentenced to death for suspected murder. Thakur came across his case during a routine intervention in Nimule prison in November 2017.

The boy’s sentence was stipulated by the county court, which actually does not have the jurisdiction to process cases of serious crimes. Moreover, the South Sudanese constitution, under Article 239, states that juveniles cannot be punished by death.

Thakur was motivated to intervene and appeal the boy’s case, in order to give him a fair trial and ensure his rights were upheld according to the South Sudanese constitution. Thakur worked closely with a local human rights initiative to appeal the case, eventually bringing it to the appeal court in Juba.

By doing so, Thakur may have saved the boy’s life and helped provide him with access to proper forms of justice. The boy’s fate has yet to be determined, but if it had not been for Thakur’s intervention, his future would have already been determined without a proper trial or respect for human rights.

Thakur says it is these cases, where he can help individuals and victims while setting a precedent for advocating proper legal procedures on a broader scale that keep his spirit going in the face of challenges.

It inspires me to see the humility and resilience of the South Sudanese people. It is what drives me to deliver as a volunteer, day in, day out. --Thakur Chapagain