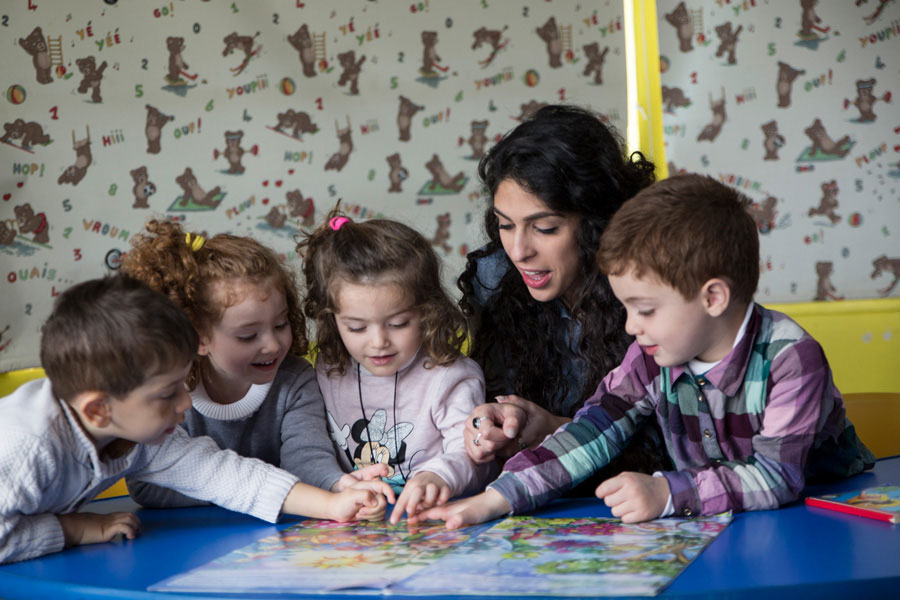 Serving as UN Volunteers for Communication for Development (C4D) with the United Nations Children's Fund (UNICEF) has helped Rana Awad and Shaden Handal realize the power of communication in changing lives. Their experience has helped them relate to the real struggles and needs of marginalized communities, particularly vulnerable children; allowing them to learn how to best analyse and use most suitable communication tools in their work.

Rana holds a Bachelor’s degree in journalism and a Master's degree in video direction and editing. She previously made documentaries with human rights and conflict resolution initiatives.

On behalf of children and young people across Gaza and the West Bank, Rana utilises her background in communications to trigger new discussions and challenge existing narratives.

Shaden, a UN Youth Volunteer from Jerusalem, is a skilled storyteller who helps bridge the gap between some of the most vulnerable children and adolescents and the changing society around them.

Shaden’s background is in marketing, and she has worked closely with start-ups to implement and analyse communication campaigns. Her perspective as a youth volunteer allows her to offer alternative solutions, widening the discussion and affording greater agency to the opinions of young people across Palestine.

Both Shaden and Rana are youth volunteers working to improve parenting, family and community practices as major elements affecting the environment within which children develop and learn.

Drawing on both quantitative and qualitative research, the two UN Volunteers have worked together to build a communication strategy targeting the issue of developmental delays and disabilities. These two issues are important for Palestinian children considering that only a quarter of children aged 3-4 years are enrolled in Early Childhood Development programmes, and 38 per cent of children with disabilities are out of school (ref. UNICEF’s latest report on children in the State of Palestine).

UNICEF’s Baby Talk initiative is one of the programmes designed to address this, by raising awareness of fathers on the importance of their engagement in the early moments of a child’s life.

Shaden found that opening these dialogues within the community helped to generate not only discussion in terms of early development, but greater reflection on knowledge and attitudes towards the parents and their children and fathers’ engagement in the lives of their children. 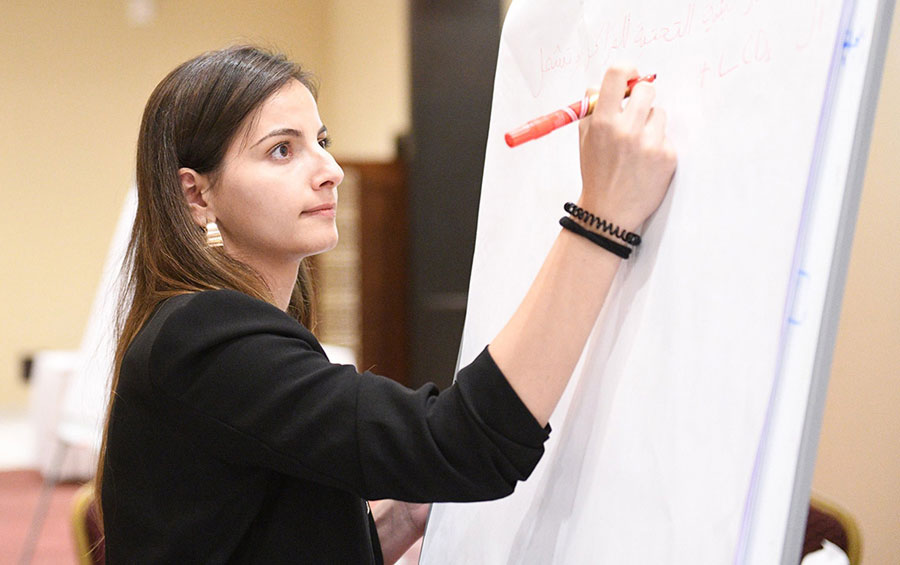 Shaden’s work on promoting ECD entailed cooperating with the Ministry of Social Development, Ministry of Health and Ministry of Education, in addition to rehabilitation centres, in order to build the capacities of local social workers and health specialists to detect developmental delay and disabilities early on. It also involved partnering with the media to design and produce first-of-a-kind advocacy and parent-awareness brochures and training materials.

As for Rana, another aspect of her work is changing behaviours and norms, particularly in relation to violence. As per the UNICEF report, violent discipline in Palestinian homes and schools, as well as peer-to-peer violence among adolescents is widespread; with 61 per cent of students witnessing physical violence at school and 91.5 per cent of children having experienced psychological aggression or physical punishment.

Rana acts as the main focal point for a project on positive deviance, highlighting the importance of thinking outside the box when it comes to solving such challenging issues. She has supported conducting consultative meetings on violence against children, inviting representatives from ministries, non-governmental organizations and community members. During these sessions, Rana was responsible for engaging children and adolescents,even working with some of the teenagers on performing a theatrical play highlighting the negative habits linked with violence in schools, families and communities.

Interactions with members of the community are often the highlight of the UN Volunteers' experience.

A mother whose daughter has a motor disability utilized the training of one workshop to support her daughter, who was ultimately chosen to read a poem at a school ceremony. The joy I sensed in the mother’s voice while telling the story was really touching and hard to forget.  --Rana Awad , national UN Volunteer with UNICEF, State of Palestine.

Shaden came across a similar moment with another mother describing how ECD training made her aware of her son’s struggles:

One of the social workers participating in the ECD training was a mother who had a child with motor and vocal delays. She was very happy about being enabled to detect a child’s developmental delays. She invested time in improving her own son’s skills in movement and speaking after the training. --Shaden Handal, UN Youth Volunteer with UNICEF, State of Palestine.

The impact of Rana and Shaden’s work has been widespread; they have raised awareness of children’s rights and empowered communities through discussion. Improving quality of life alongside access to education means that the next generation of Palestinian young people will be better equipped to shape their futures.