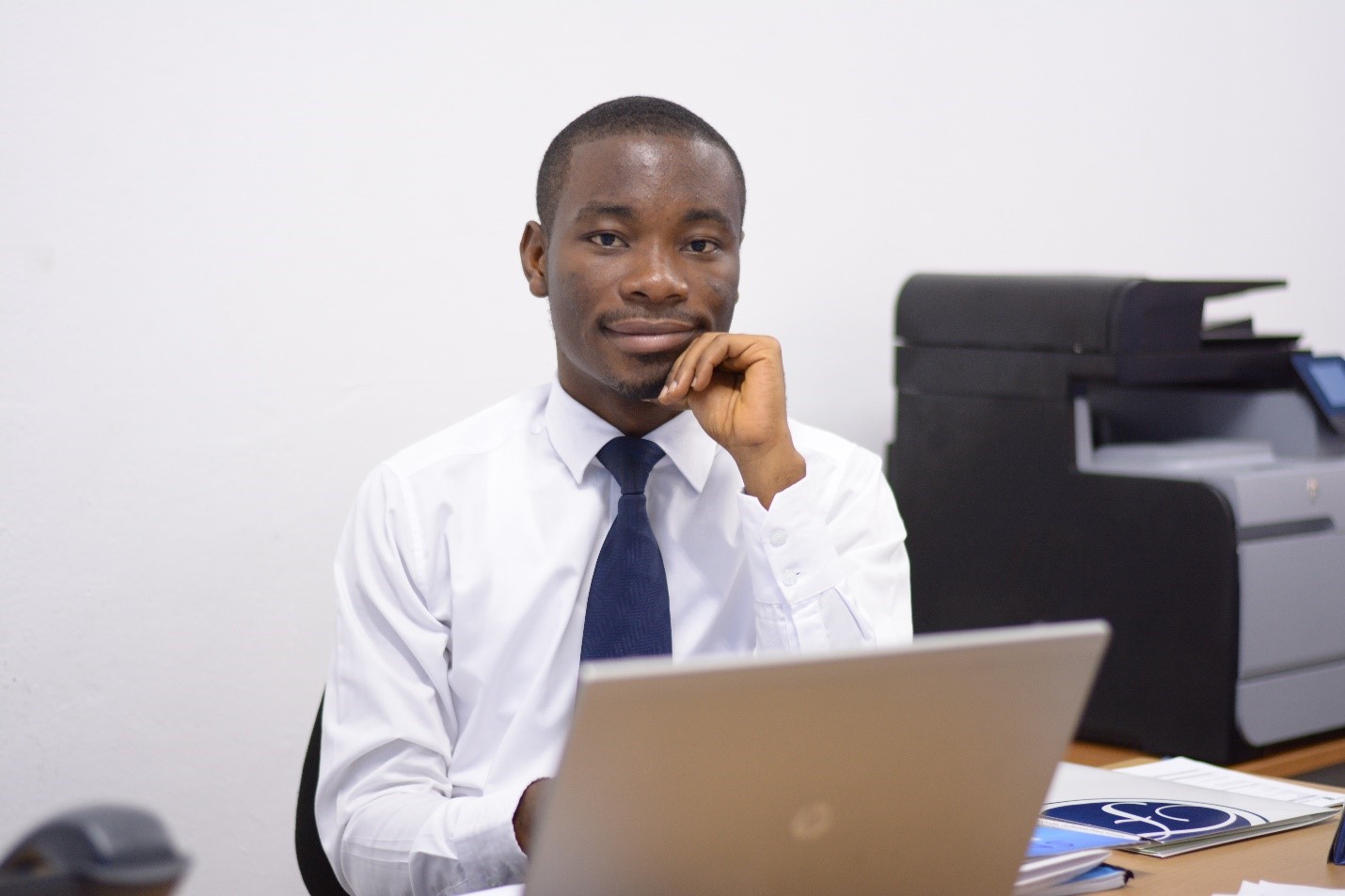 We have a relevant mandate

Joel Ayim Darkwah is a national UN Volunteer, Assistant Programme Officer (Sustainable Development) at United Nations Developement Programme in Ghana. Monitoring UNDP projects is one of his tasks, including monitoring some project interventions in disaster preparedness in remote areas. His assignement as UN Volunteer made him understand the nature of the developement work and how relevant it is. He hereby shares his thoughts...

Last March 2017, I had the opportunity of travelling to the northern part of Ghana to monitor some project interventions in disaster preparedness and to assess the impact on the beneficiaries. As I journeyed through the most remote parts of that region, I couldn’t help but to engage myself in deep thoughts about development across the country and particularly in such areas where many challenges are persisting.

From Tamale to Bunkpurugu, from Chereponi to Saboba and Zabuzugu, I saw the great strides that have been made through efforts by various development entities including UNDP to empower the lives of people living in such harsh terrains. I saw people having access to potable water, children going to school and some enjoying the lunch through school feeding programs. The joy on the faces of these little children taught me that they appreciate the gains made from our interventions, and more children will need such helping hands to get a smile every day in school. These observations, captured in the 2016 Human Development Report published a few days after my travel shows that these gradual steps are not only being realized in Ghana, but also in most part of the developing world especially in Sub-Saharan Africa and East Asia.

The report indicates that from 1990 to 2015, most countries in the developing world have achieved a significant improvement in gender equality, governance, environmental sustainability, access to education, healthcare, clean water, technology and other basic social services;  “the improvement has been impressive in Sub-Saharan Africa, where the proportion of the population with access to an improved drinking water source rose from 48 percent in 1990 to 68 percent in 2015, and in East Asia, where the proportion rose from 68 percent in 1990 to 96 percent in 2015 (Human Development Report ,2016).”

In spite of all these achievements, my experience in the Northern Region shows that there is still more to be done. As many more people are getting access to clean drinking water, many more communities in this region still lack access to it. For women, who through socially constructed roles are responsible for home care, walking for many kilometers to get water for the house continues to be a major difficulty. During community meetings, many women were not able to express themselves in the presence of men due to their respect or fear for men. As the HDR 2016 succinctly describes, human development is about enlarging freedoms so that all human beings can pursue choices that they value such as the freedom of agency, represented by voice and autonomy. Evidently, there is still more to be done to empower women to express their views, expand their capabilities and have the freedom to make choices.

The daunting challenge of youth unemployment was very evident to see, as young people walked around with nothing to do. Others who own farms had no choice but to be idle, in a long wait for the rainy season before they can go back to their farms. I saw children idling at home during school hours and many mothers under age 18.

In environment, the pace at which the northern landscapes are getting drier cannot be understated. More trees are being lost, with water bodies drying up due to harsh climatic conditions. Robust measures are still needed to increase the resilience of the people who are predominantly farmers and needs these lands and water bodies for survival.

This experience has challenged me to do more and to do better; for never have I seen how important our mandate is and how powerless and deprived many more people will be if we relent on our responsibilities. Our mandate is relevant and very important for global development and we cannot fail to deliver.

Successes have been chalked in the past 25 years but there is much more to do to empower the lives of many more people and nations across the world. To borrow the words of  the former UNDP Administrator , Helen Clark, “we can build on what we have achieved, we can explore new possibilities to overcome challenges and we can attain what once seemed unattainable. Hopes are within our reach to realize”.

The Global Agenda 2030 presents us an opportunity than ever before, to continue with our mandate to empower lives and build resilient nations.