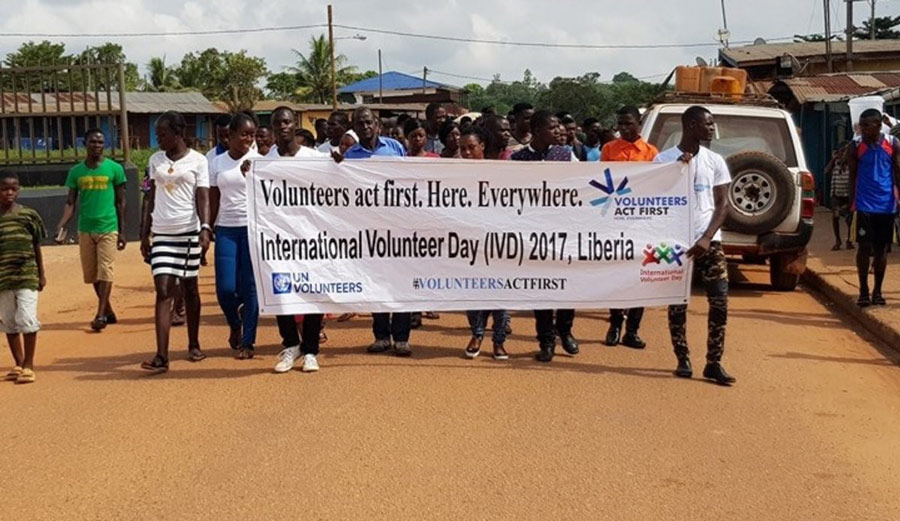 On December 5th 2017, the UNV Field Unit in Liberia, in collaboration with Volunteers Involving Organizations (VIOs), Liberia NGOs, Network, National Volunteer Movements and other partners jointly organized a series of activities and events across the country.

On 28th and 29th November, 2017, the UNV Field Unit conducted an awareness campaign in Zwedru City in the Grand Gedeh County, in the South-East of Liberia. The event consisted of a street clean-up exercise to get rid of plastic bags littered in Zwedru City streets to promote environmental protection, followed by a friendly soccer match between UN volunteers and Zwedru Youth soccer club. 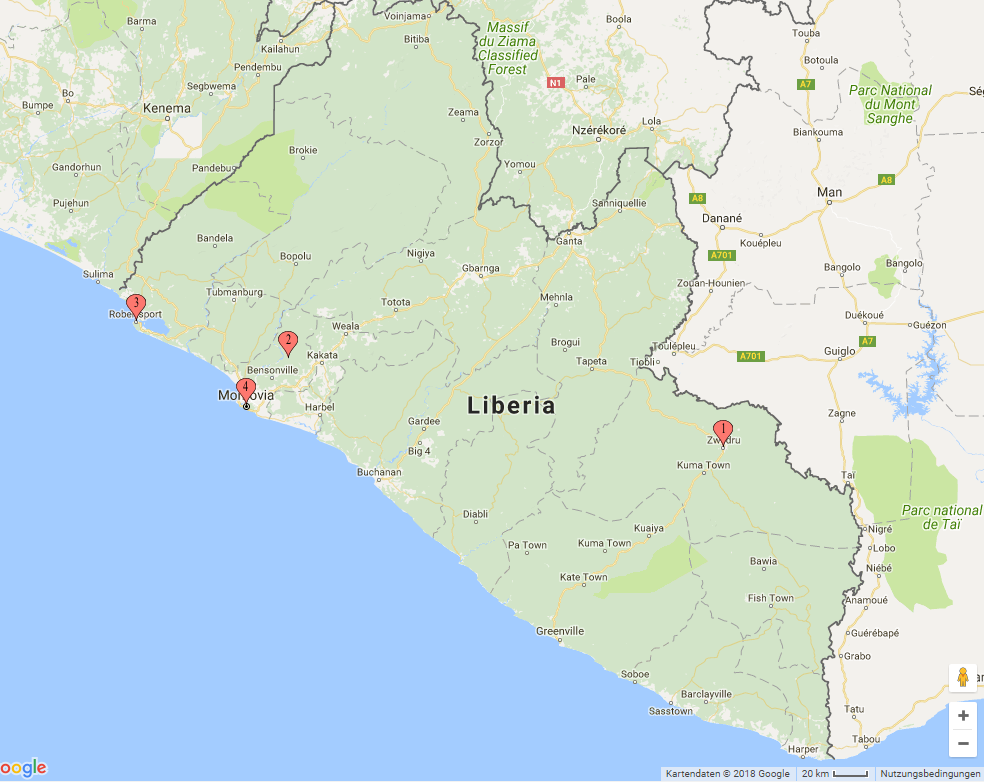 In the God Bless Community in the Montserrado County, the UNV Field Unit in Liberia and and Ms. Celia Turkett, representative from the United Nations Mission in Liberia (UNMIL) spoke about the importance of volunteerism to the community. Organizers explained to children how through volunteering, citizens can gain a sense of responsibility for their own community, deepening solidarity and making a difference in their lives. The 400 participants gathered around music, dance, football and various sport games. This joyful day was closed by a lunch served for all the children. 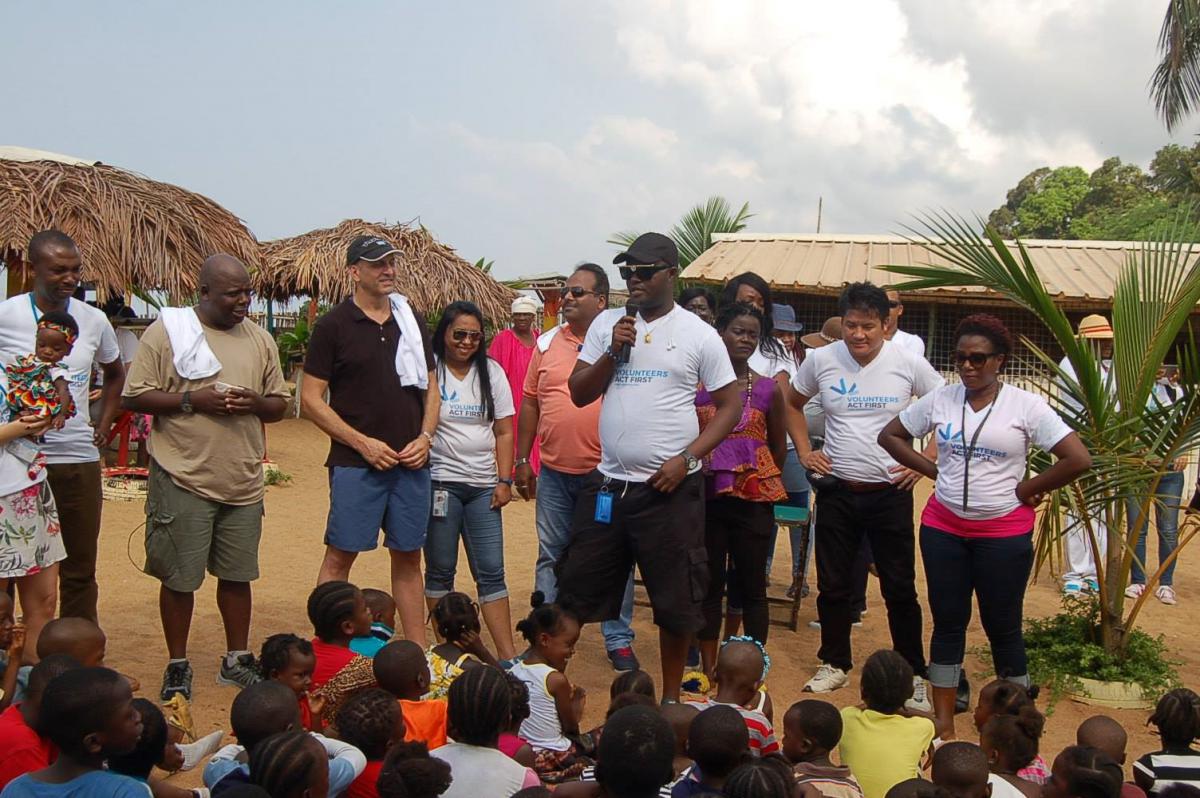 In Grand Cape Mountain, in the North West of Liberia, the IVD program was also aimed at raising awareness among youth and students about the spirit of volunteerism. The event was conducted in close collaboration with two high schools and initiated by Milton K. K. Davids, Jr, a National UN Volunteer.

A team of 19 UN Volunteers (National and International) drove for 4.5 hours from the capital Monrovia to Robertsport City to be part of this celebration along with 80 students from the two different high schools. A parade was organized, as well as a debate and quiz on the Sustainable Development Goals (SDGs). Two students’ volunteer clubs were launched on this occasion by UNV Programme Officer, Mr. Moses Mubiru. 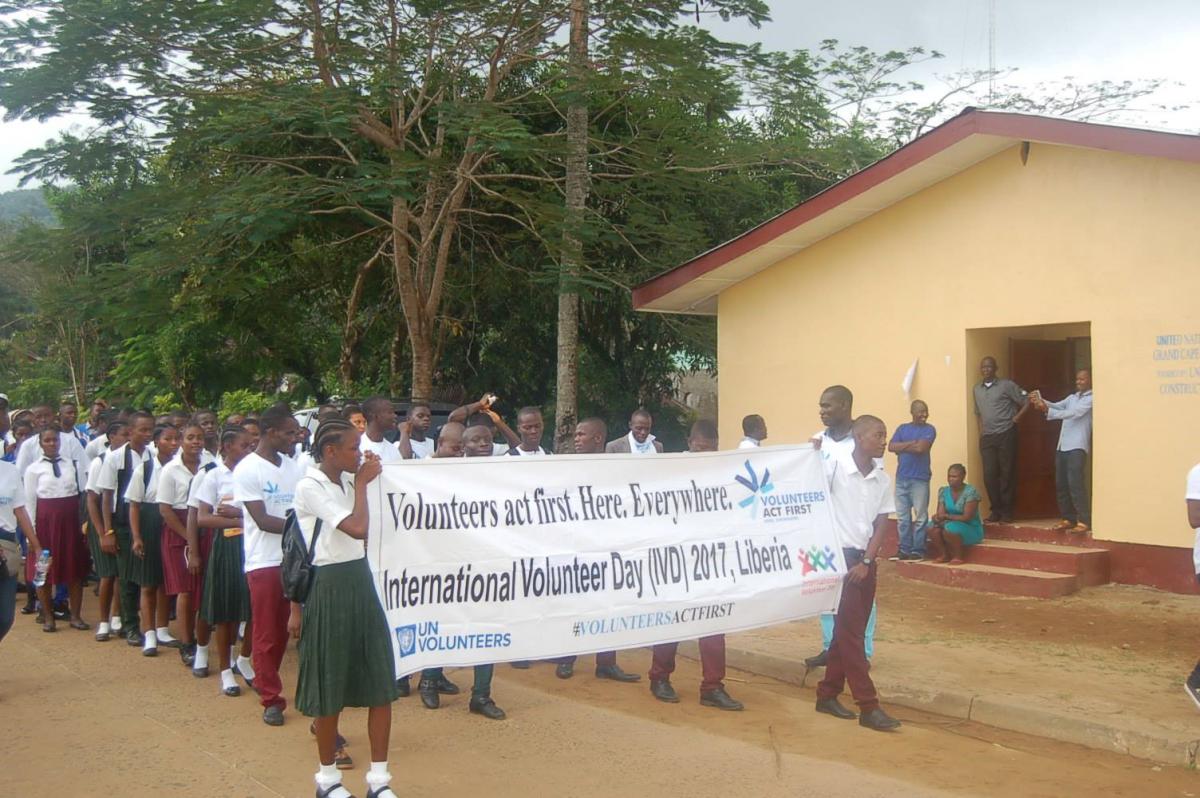 In the capital city Monrovia, IVD was the occasion to celebrate the contributions of all the 1500 UN volunteers who have served in the United Nations Mission in Liberia (UNMIL) since 2003. The ceremony was held in the presence of representatives from the Ministry of Youth and Sports, the Ministry of Education, the Officer-in-Charge UNMIL and the UNDP Country Director, among others. The United Nations Volunteer program manager Mrs. Mar Brusola, delivered the UNV Executive Coordinator’s message. Some 40 National and International Volunteers attended, as well as 30 students from three different national schools.