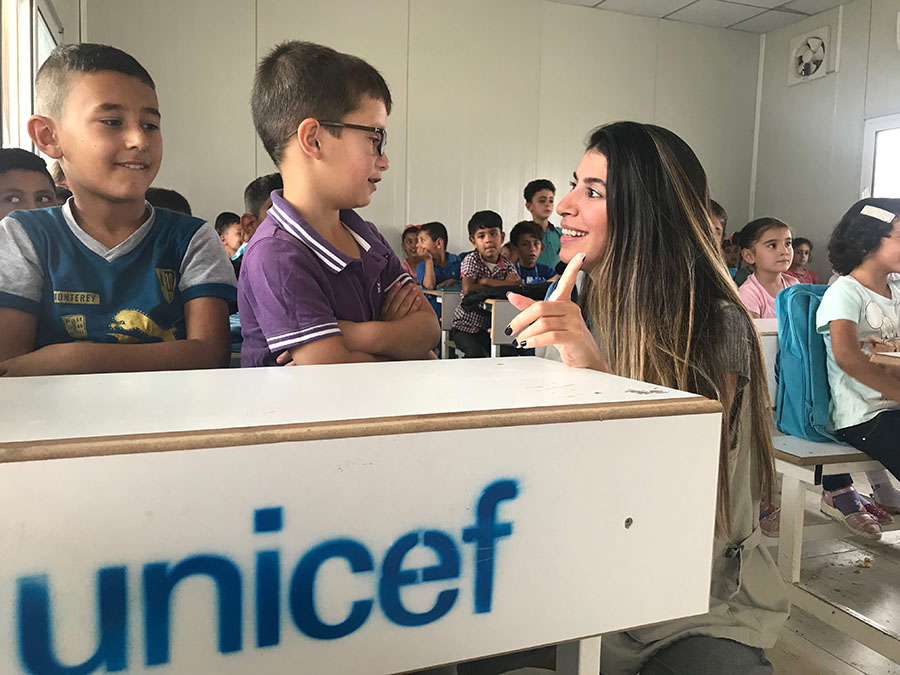 Over 47 million people, especially the younger generations, are affected by conflict and crisis across the Arab States region, according to a UNESCO report published in 2017. More than 13 million children and youth are not going to school. Rasha, Yuka, Nami and Marah, all women UN Volunteers serving with UNICEF, are dedicated to communicating better on issues affecting children and youth in the Middle East.

Over the years, communicating effectively on issues affecting children and youth in the Middle East has become more challenging, as the public pays less and less attention to civil society and human rights violations.

Rasha Abou Dargham, originally from Lebanon, is serving as a UN Volunteer Social Media Officer with UNICEF in the Middle East and North Africa (MENA) Regional Office in Amman. As a UN Volunteer, she is learning how to speak on behalf of children in a multicultural and demanding environment.

This experience has made me a much better communicator. It has helped me understand where the red lines are, how to position ourselves and what we can or cannot say." -- UN Volunteer Rasha Abou Dargham

Last October, Rasha visited children in a camp for Internally Displaced Persons close to Erbil, Iraq. Ahead of her trip, she carried out a lot of research to understand the Iraqi context. Once there, she had to learn to find the best way to interview children deprived of the most basic needs.

“When you are working with children, it’s about getting them to tell you about the highlights of their day. What is their routine? What is the first stop of their day? Most children reveal part of themselves through these simple questions.”

Nami Yasuda, a UN Volunteer from Japan, is also interested in what helps make a story impactful. Working in partnerships at the UNICEF Jordan Country Office, she visits refugee camps looking for human stories to tell. Always with her camera, Nami conducts interviews with beneficiaries and host communities.

According to UNICEF, Jordan hosts nearly three million non-Jordanians, including 1.33 million Syrians, of whom 670,000 are registered as refugees. It has become the second country in the world with the largest number of refugees relative to its population.

Yuka Kuratsu, also a UN Volunteer from Japan, explains that she first had to get used to communicating with her own colleagues. “The UN has its own language,” says Yuka, working on Communications and Knowledge Management at the UNICEF MENA Regional Office. 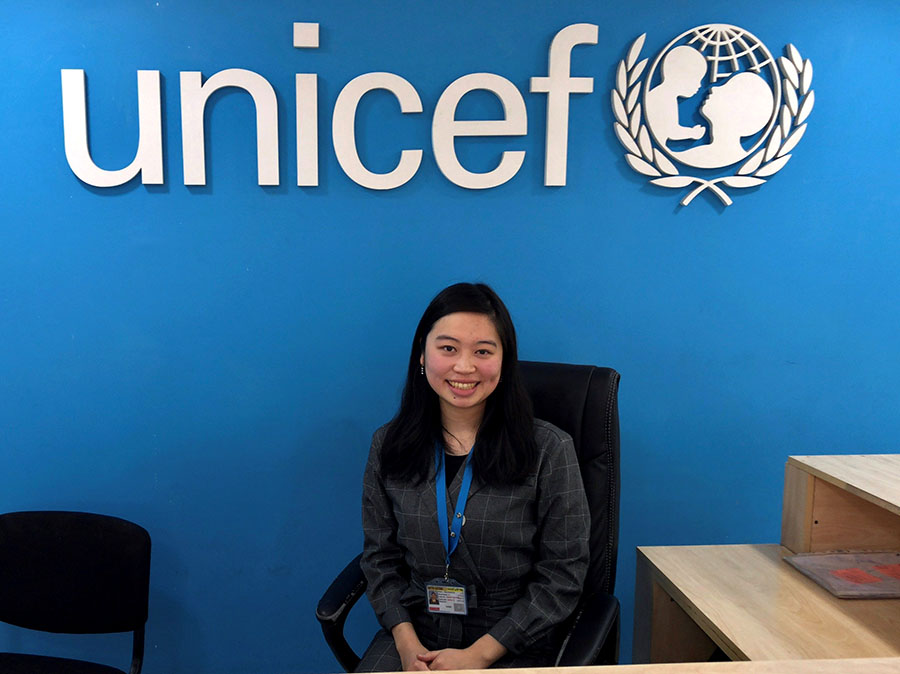 Her perception of the Middle East has also changed. “Reality is different to the image portrayed by the media about the region. The way I was looking at the Middle East was so narrow,” acknowledges Yuka.

Humanizing children and youth in the Middle East, drawing the public’s attention, promoting awareness: here are the huge challenges faced by Rasha, Nami and Yuka in their communications tasks as UN Volunteers.

“You always need a new, fresh and innovative way to capture people’s attention again. How do you get people to focus on the fact that there are children dying of starvation in the 21st century? How is it even possible?” asks Rasha.

Marah Khalid, a UN Volunteer with UNICEF serving in the No Lost Generation (NLG) initiative, believes in the positive impact of the stories published by her team. She regularly visits Azraq camp, one of the two main refugee camps in Jordan, and sees that not all Syrian children have access to education, even though – according to UNICEF – school infrastructure in the camp was expanded to be able to offer every child a space in school. “Syrian families just want to keep sending their children to school,” Marah says. Only 67 percent of children aged 6-17 are enrolled in formal school in Azraq camp for the 2018/19 academic year.

These children feel that people get to hear about them, that they are not forgotten. They are not just numbers – we are talking about human lives.” -- Marah Khalid, UN Volunteer with UNICEF, No Lost Generation initiative in Jordan.

This article was drafted with the kind support of Online Volunteer Nadera Bouazza.