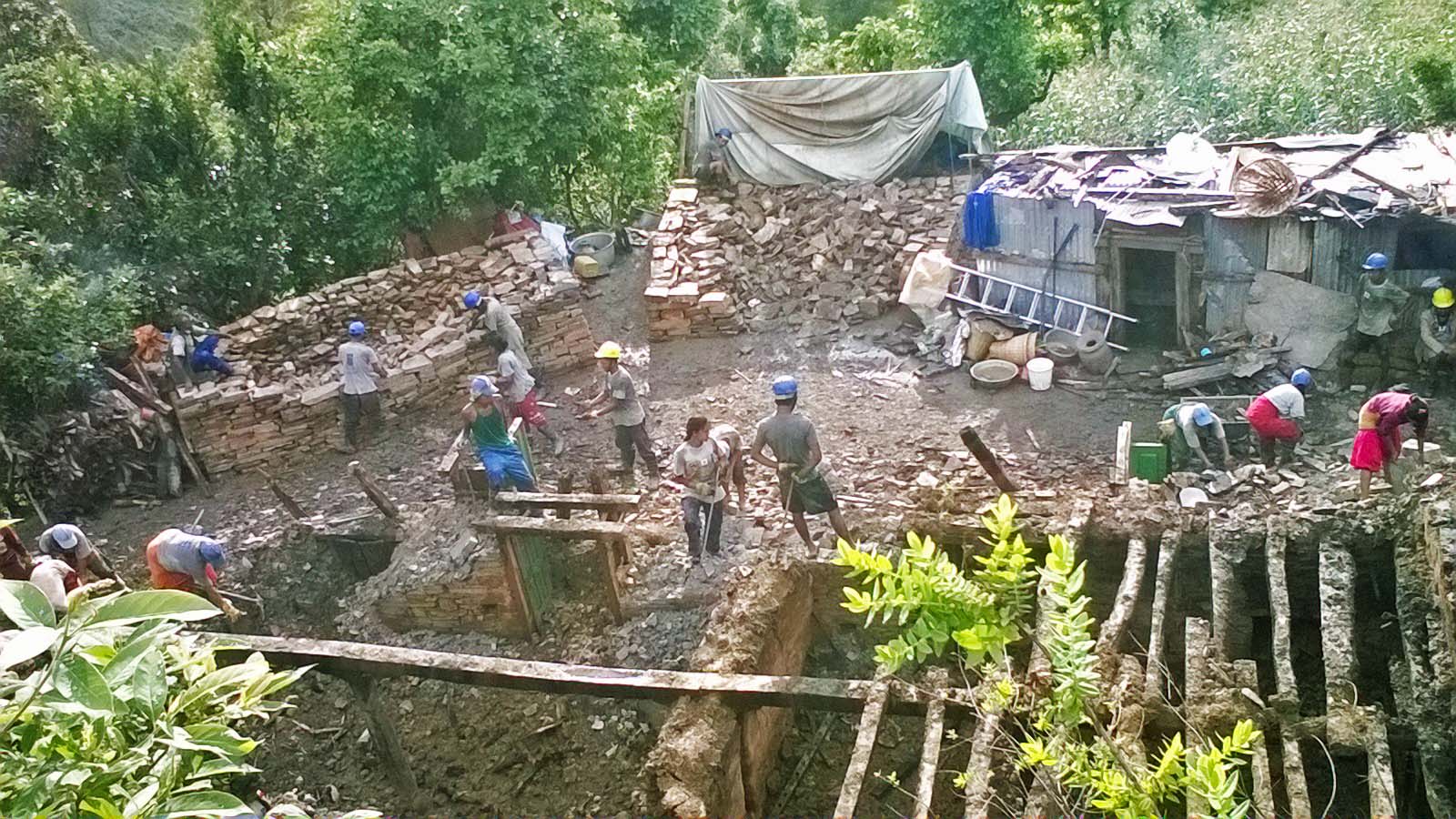 Volunteers working in the UNDP Demolition and Debris Management Project in Nepal in 2015.
UNV

Volunteers in Nepal: "I do it for my country and my community."

In the wake of the 2015 Nepal earthquake, the United Nations Volunteers (UNV) programme partnered with the United Nations Development Programme (UNDP) to mobilize 107 UN Volunteers for emergency response efforts. Along with others, Rajendra and Subash did not hesitate to get on the front line to help affected communities and build long-term resilience.

In a crisis that killed 8,790 people and forced more than 700,000 into poverty, national UN Volunteers were mobilized to deliver critical assistance in affected sites in Nepal. Working with communities and government authorities, they assessed damaged structures at affected sites, cleared rubble, delivered livelihood assistance and promoted disaster risk management initiatives.

UN Volunteer Rajendra Gautam, an engineer, joined the UNDP Demolition and Debris Management Project in 2015. Working closely with local communities and the government, he provided technical support and raised awareness for safe shelter and settlement in the Sindhuplachok, Nuwakot and Kavrepalanchok districts of Nepal. He also supervised the cash-for-work scheme, which gave earthquake victims an opportunity to work for a daily income. 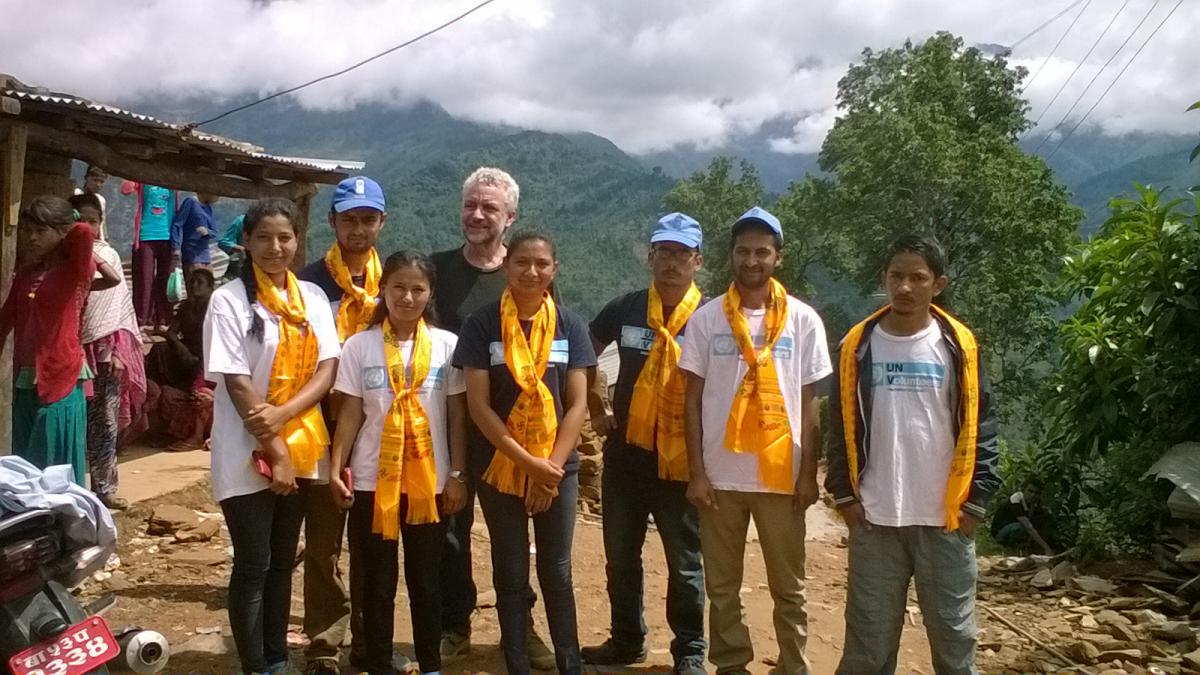 Another volunteer, Subash Gyawali, has been working in the Regional Emergency Operation Center of Surkhet, established as part of the Comprehensive Disaster Risk Management Programme of UNDP. His main role has been to collect information about the hazards (floods, landslides, fires, etc.) occurring in different districts, and transmitting it to the National Emergency Operation Center. This comprehensive data is crucial to facilitate timely and coordinated emergency response across districts and regions. 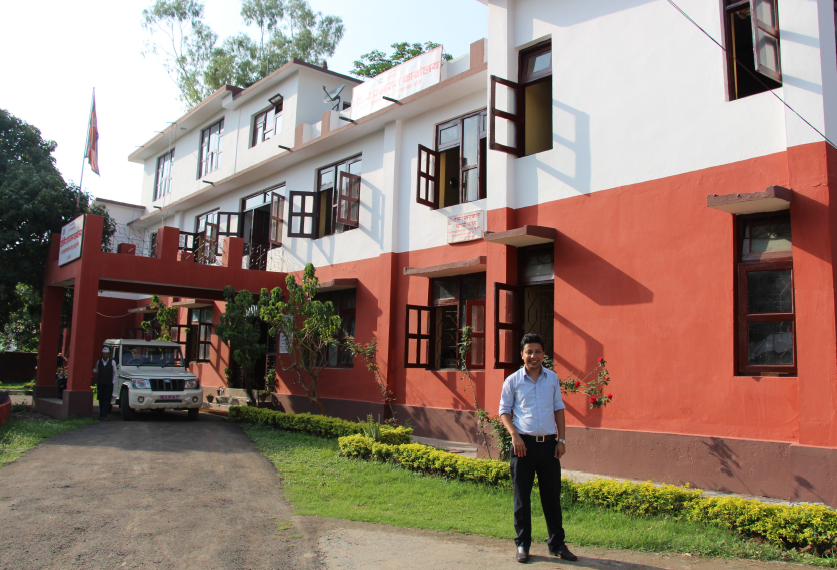 Subash in front of the Regional Emergency Operation Center of Surkhet (2017).

In addition, Subash has been helping local communities become more prepared and resilient. He has supervised awareness-raising programmes, first aid and search and rescue trainings, in collaboration with Red Cross Volunteers, Community Volunteers and the Nepal Police and Army.

“Volunteerism is a service that you do from the heart,” explains Subash. “I do it for my country and my community. It brings me personal satisfaction to contribute to a better Nepal,” he concludes.

Thanks to volunteers like Rajendra and Subash, 3,462 houses were demolished and 16 community-based organizations were capacitated one year after the earthquake.

To know more about volunteer engagement in Nepal, read our 2017 report.