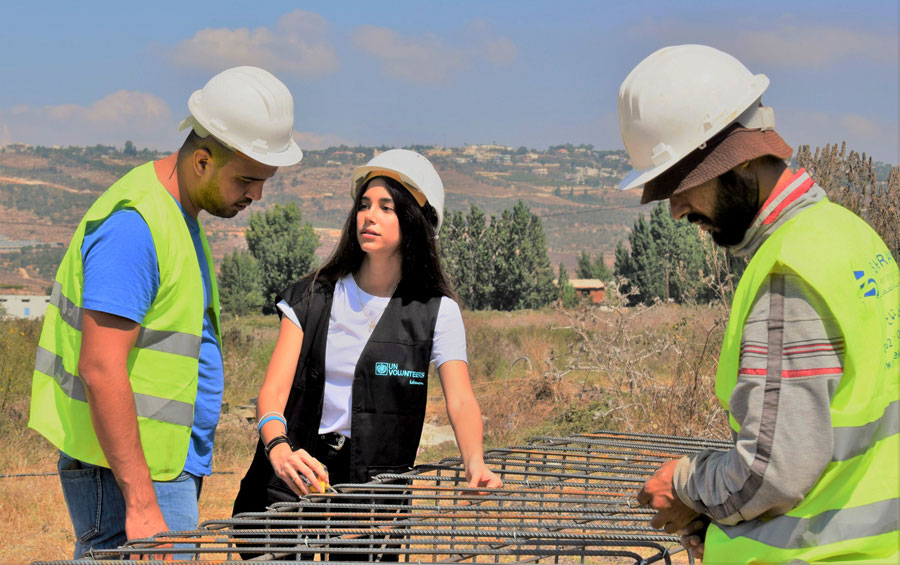 For many years, caring about the state of the planet has seemed almost a luxury to those living in unstable political climates and developing countries. However, the facts are now clear as light: climate change is something that affects everyone, with long-lasting impact for future generations.

Across the globe, the impacts of anthropogenic action are pervasive as never before: in the Maghreb, crops grown on marginal lands are failing; in Egypt, rising sea levels are impacting impoverished neighbourhoods; in Jordan, competition and tensions over resources is predicted to only intensify as warming temperatures further heighten water insecurity.

It is unsurprising therefore that a worldwide movement for climate action has arisen in recent years, with an emphasis on the adverse impacts on young people. Increasingly recognized as the key stakeholders in our planet’s future, youth play an important hand in the fight against climate change:  not only are they the generation with the largest population of young people to date, but the decisions made now, across governments and countries, will impact their livelihoods and futures.

The United Nations is hosting both a Climate Action Summit and a preceding Youth Climate Summit, recognizing that young people can be the catalyst driving action against climate change and demanding that decision makers, major corporations and large multinational organizations commit to significant and long-term climate action.

UN Volunteers are also a key part of this movement. Climate change has the potential to trigger the biggest forced migration crises ever seen, shifting humanitarian needs to a new level entirely, alongside raising new issues of resource scarcity and conflict. Increasingly, the work carried out by UN Volunteers will help address the causes and impacts of climate change, whether directly or indirectly.

For example, Zeinab Chamas, a UN Youth Volunteer working in water irrigation engineering with the United Nations Development Programme (UNDP) in Lebanon, believes that young people can directly address some of the causes of climate change.

It is the responsibility of young people to put pressure on major polluters to commit to reducing climate change. I want to be part of the solution, and not the cause. --Zeinab Chamas, UN Youth Volunteer with UNDP, Lebanon

Zeinab’s work to engage young people, combined with her scientific research into a model to optimize resource use and allocation, won her one of a hundred green tickets to New York, granting her a carbon-neutral passage to the Youth Climate Summit.

Zeinab hopes to inspire other young people to build and maintain sustainable practices. "I believe that we still have time to mitigate the harm we have caused and that it is our responsibility to secure a healthier and safer planet for future generations," she says.

In Amman’s UNDP Regional Hub for the Arab States, UN Volunteer Denis Korchunov (Russian Federation) works to pioneer low carbon energy solutions in order to help the region transition towards renewables. He argues that tackling climate change is essential for the achievement of the SDGs, as many issues are interrelated and neglecting just one piece of the puzzle could lead to disastrous impacts elsewhere.

The engagement of young people in issues related to climate change is essential to tackling challenges within the region, as their engagement will ensure this a top priority in long-term development. --Denis Korchunov, UN Volunteer with UNDP, Jordan

Yulia Isaeva, a UN Youth Volunteer (Russian Federation), recognizes the complexity of climate change in the Arab States, with negative feedback loops acting to exacerbate climatic warming and rural poverty. She argues that the main steps for resolving such inequality lie with youth action.

Young people have a great will to contribute to the solution of climate change as they are the generation that will witness the devastating impacts of climate disasters in the future, if the problem is neglected in the present. In addition, young people are creative, innovative and enthusiastic. --Yulia Isaeva, UN Youth Volunteer with UNDP, Jordan

There is a clear need for the Arab States to adapt to the challenges presented by climate change and to value and emphasise the voice of youth. With the impacts of development and unsustainable living to be faced by future generations, young people are not only the victims of environmental catastrophe but also the have potential to be its remedy.