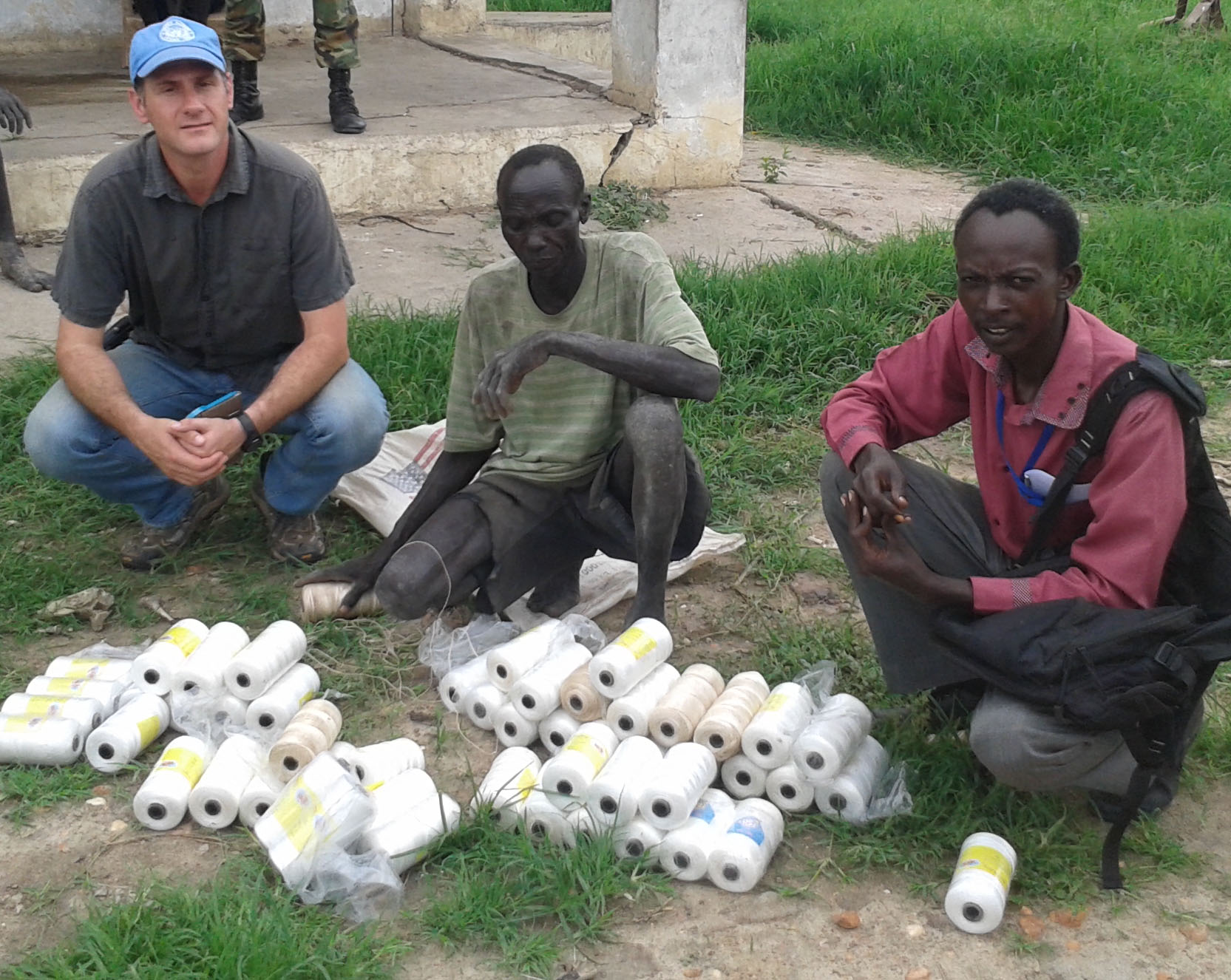 Bentiu, South Sudan: I am serving as a UN Volunteer Relief, Reintegration and Protection Officer with the United Nations Mission in South Sudan (UNMISS).

I had been a UNV intern sponsored by the Government of Italy in 2004 in Sudan with the United Nations Development Programme (UNDP), after which I worked for an NGO.

I wanted to put my feet back in the UN and the mission, as I wanted to be part of a more organized structure and organization where I could focus my energy more efficiently, while at the same time allowing a wider view of context, have the opportunity to learn from senior professional officers, and further develop my career.

My day-to-day work involves coordinating the operations between the mission, its military component and humanitarian agencies for matters related to the management of protection of civilians (POC) sites, protective patrols, field missions, and convoys. I operate in the war affected area of Unity, which was ravaged during the 2014-2015 conflict and where almost the entire population has been displaced.

We had to take hundreds of wounded people from Bentiu hospital to the UN base, where we laid them wherever we could. We also tried to assist with the rescue of civilians from their hideouts in houses or even roofs, where otherwise they would have been killed.

A substantial part of my energy goes into the POC site of Bentiu, which is the largest site in the country, with over 105,000 internally displaced persons (IDPs). My work helps provide security within the POC site, and when people go out of the site – e.g. when women go to collect firewood.

The most impactful experiences of my assignment are from the height of the conflict in 2014 or 2015, during the Southern Unity offensive campaign. We had to take hundreds of wounded people from Bentiu hospital to the UN base, where we laid them wherever we could. We also tried to assist with the rescue of civilians from their hideouts in houses or even roofs, where otherwise they would have been killed simply because they were ethnically different or visibly associable with enemy groups.

The most gratifying moments were seeing the hope in the eyes of people when we delivered drugs or fishing utensils to IDPs in remote areas.

This experience as a UN Volunteers has helped me mature a great deal. I think I have become more professional, and it has helped me to put things in life into perspective.

Bio: Marco Tesser has a Degree in Political Science and a Masters in International Affairs. Before joining UNMISS, he worked as a trainee for UNDP Somalia and UNDP Sudan focusing on the MDGs. He also worked for Save the Children and COSV in Abyei and South Sudan respectively, coordinating project in emergency settings.