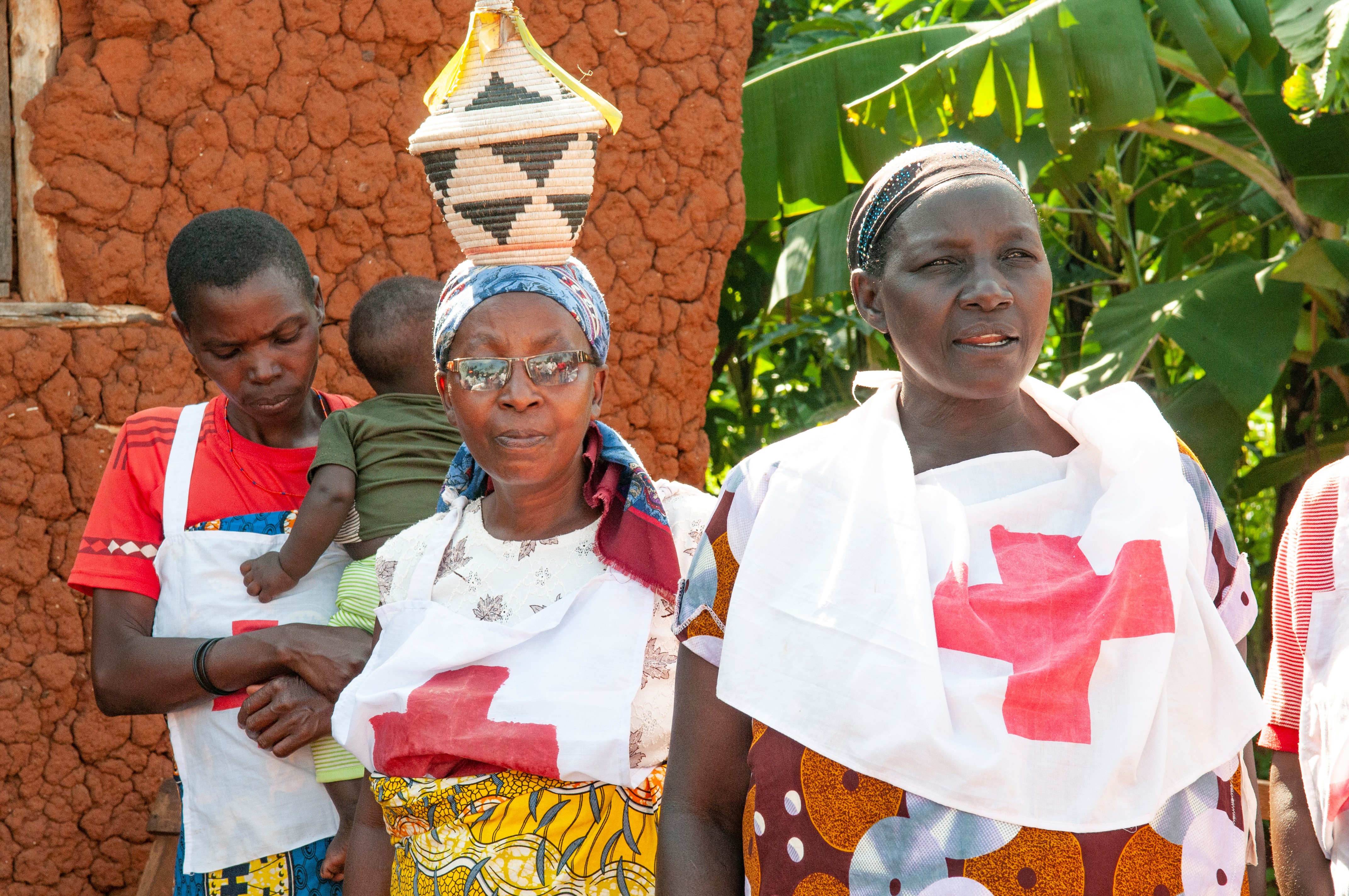 How a local network of volunteers helps rebuild communities in Yaranda, Burundi

UN Volunteer Mathieu Lembrez (France) is one of the 24 researchers for the 2018 State of the World’s Volunteerism Report, the flagship publication of the United Nations Volunteers (UNV) programme. His research focused on the community of Yaranda in the north of Burundi, close to the Rwanda border. Apart from looking at the interaction of volunteerism and community resilience in Yaranda, Lembrez also researched volunteer initiatives in the areas of natural resource management, disaster risk reduction and conflict-prevention in nearby communities, particularly the work of the Burundi Red Cross. In this photo story, he shares his first-hand experiences and insights on the value of local volunteers in enhancing community resilience.

Yaranda, a community in Kirundo, North Burundi, is one of the 15 field research communities of the 2018 State of the World’s Volunteerism Report (SWVR 2018).  The area is prone to increasing natural disasters such as drought, erosion and flooding. The communities in Yaranda are ethnically diverse with Hutu, Tutsi and Twa ethnic groups. Batwas are likely to be victims of discrimination and are considered more vulnerable than other groups as past conflicts and scarcity of land have further threatened their social cohesion. As a result of the various stresses, many residents have already fled to nearby Rwanda and Tanzania. (Photo by ©UNDP Burundi/Patrice Brizard) 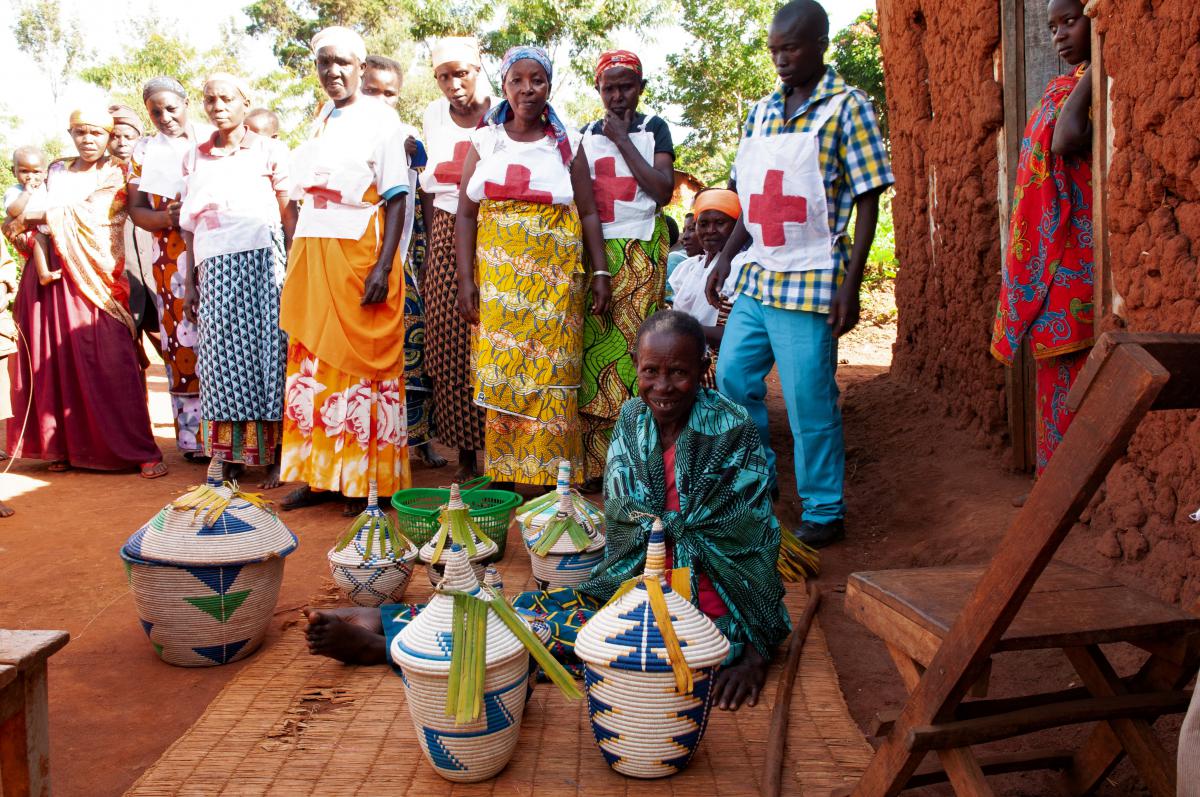 Red Cross Burundi, one of the research partners of UNV's State of the World's Volunteerism project, has developed an impressive network of local volunteers dedicated to community development and disaster mitigation and response. Over the years, these local volunteers have become key partners of authorities and other actors, to the point that they were referred to as the "community’s eyes spread over the hills". These volunteers are essential to building the resilience of the communities in Yaranda, but more work needs to be done. (Photo by ©UNDP Burundi/Patrice Brizard) 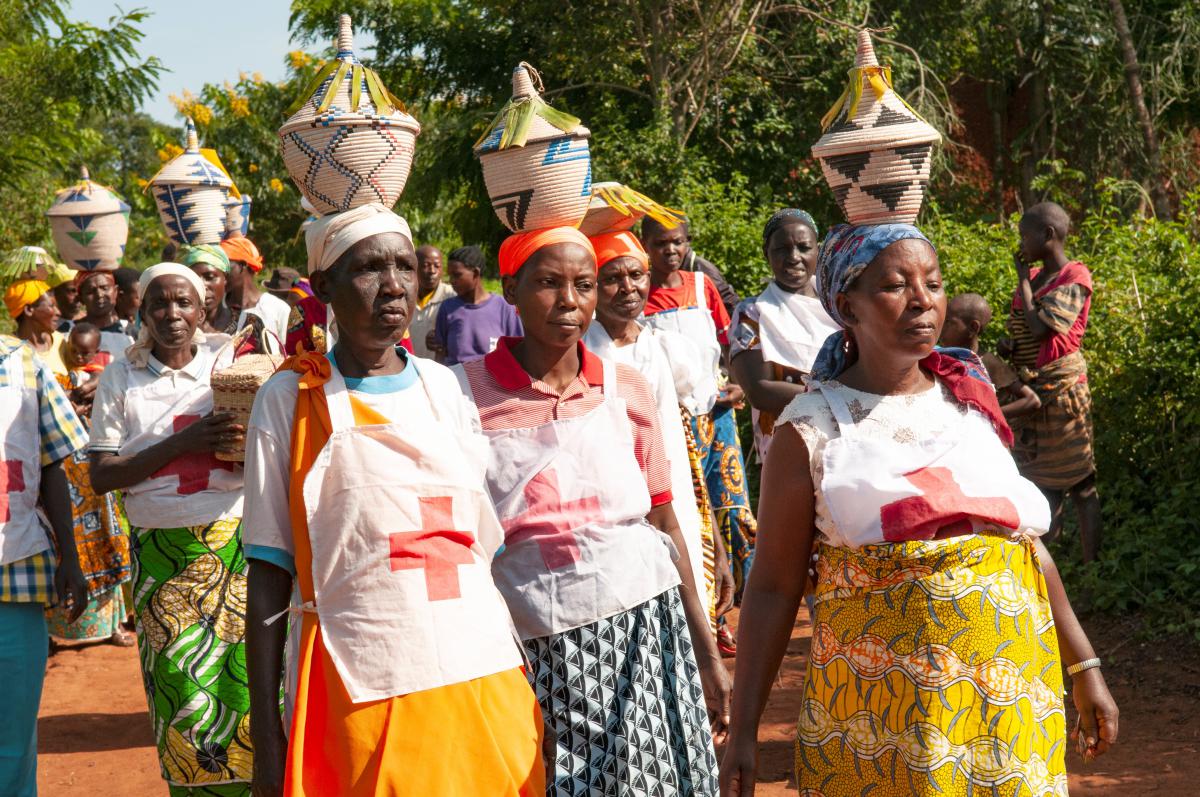 According to UN Volunteer Mathieu Lembrez, volunteering as a researcher is a life-changing experience. His immersion in the community made him realize just how essential local volunteers are in building community resilience. "My first contact with Burundi’s volunteers was in Yaranda where I was welcomed by the whole community performing wonderful traditional dances. When I organized the very first focus group with the Red Cross Local Unit (Unité Collinaire), I had just asked for a couple of local volunteers, but to my surprise over 10 women of all ages joined."

Lembrez continues: "Soon, I realized that the women, youth and other vulnerable groups felt so concerned about the challenges they were facing and are therefore driven to take an active role in fighting community poverty and curtailing local vulnerabilities through volunteerism. While providing assistance to the most vulnerable members of their community and leading resilience and peacebuilding initiatives, Red Cross volunteers also triggered social change in enhancing gender equity, confidence and cooperation with local and regional authorities, social inclusion and shared ownership and buy-in of local development." (Photo by ©UNDP Burundi/Patrice Brizard) 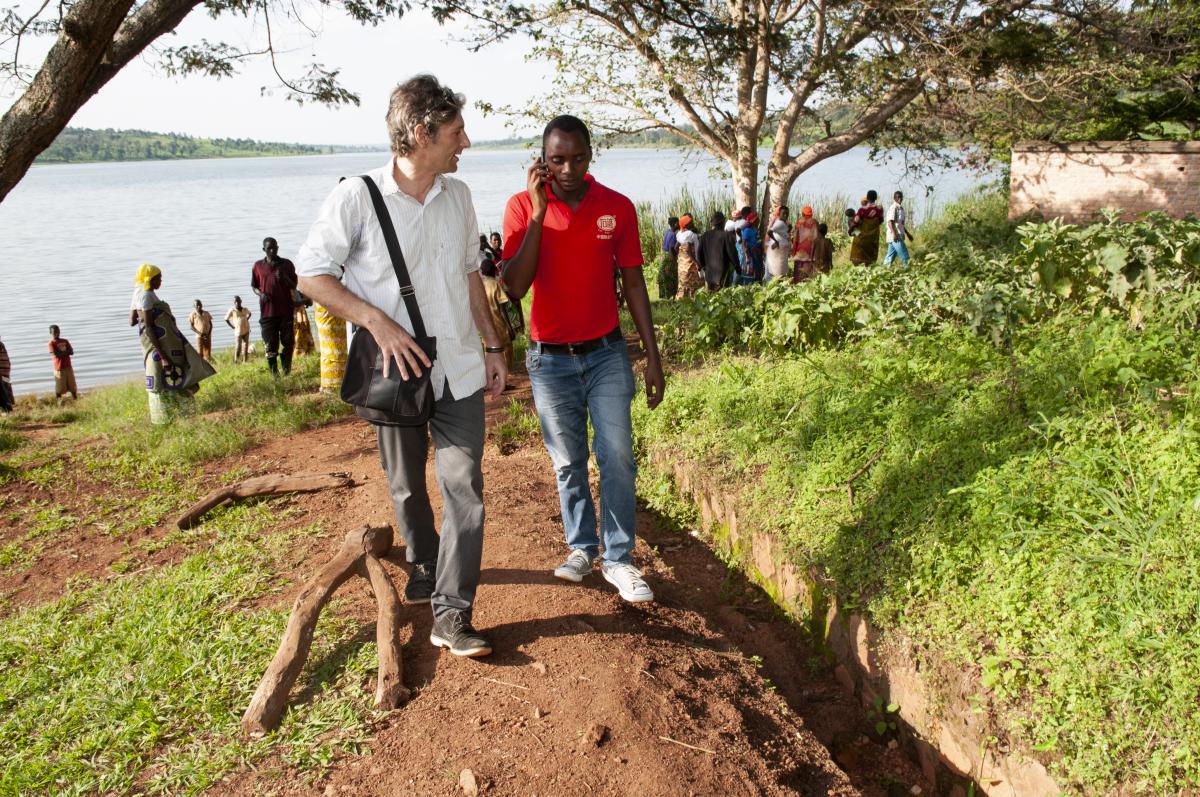 As one research participant said “Vulnerable people are often much more accepted and integrated into the community through volunteering.  [Minorities] are well perceived when other people see them volunteering for others.  Inclusiveness is a very important part of volunteerism.” (Photo by © UNDP Burundi / Patrice Brizard) 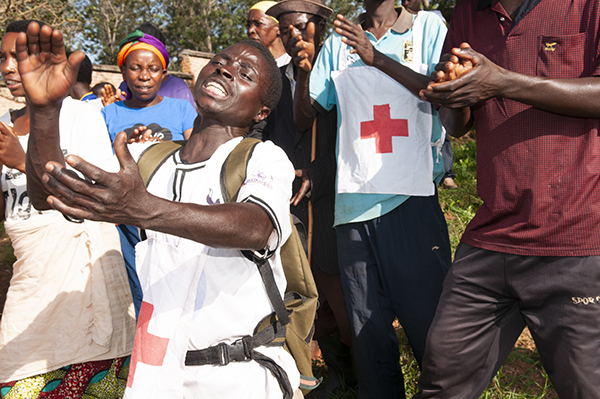 In addition, Lembrez witnessed firsthand how young volunteers appreciate and benefit from the strong networks and connections they get from volunteering: "We get courage in sitting with other people dedicated, just like us, to others. What is most important in being a volunteer is that it offers you a strong network of interpersonal relationships. You can ask assistance from a doctor, a dentist, an agronomist, and so on." (Photo by ©UNDP Burundi/Patrice Brizard) 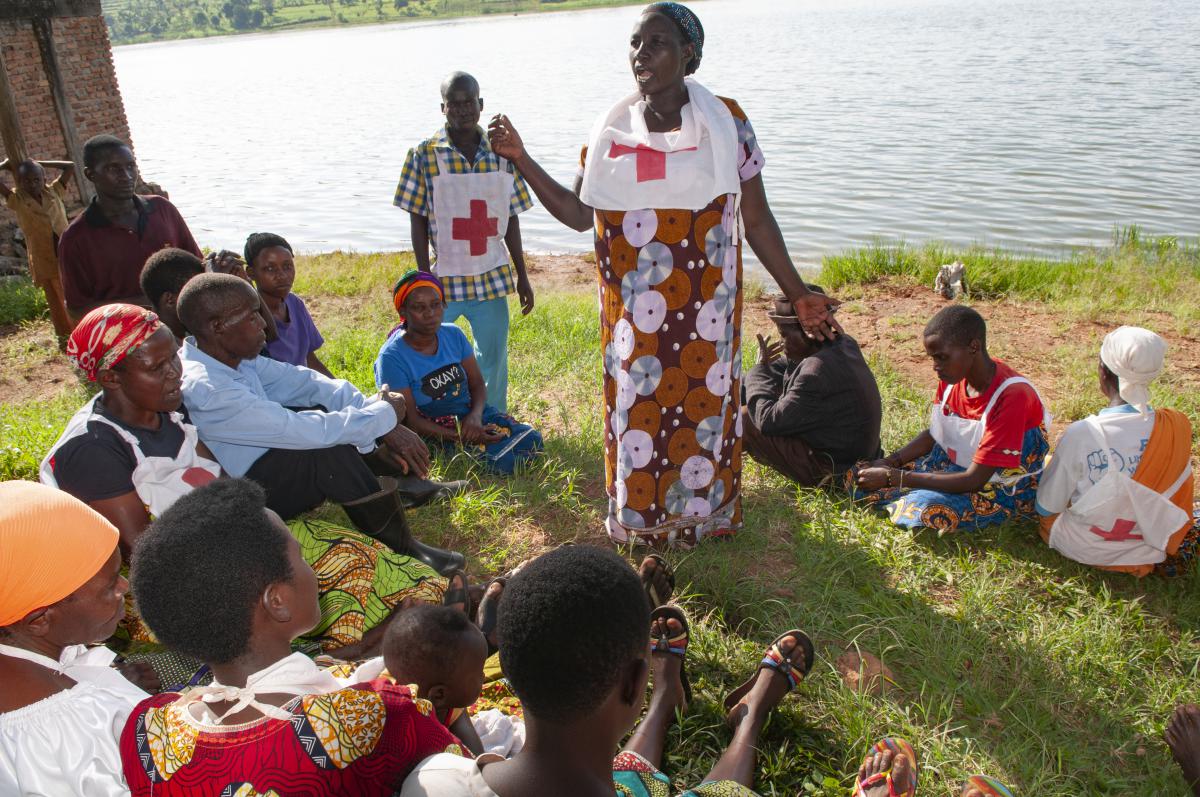 One of Lembrez’ favorite interviews was with a 24-year old fisherman who shared his reflections on the role of volunteers in promoting inclusion within the communities: "The lake has saved many people from starvation – but only people located close to the lake. Red Cross volunteers have saved everybody without discrimination. In this sense, we can say that volunteers are more generous than the lake." (Photo by ©UNDP Burundi/Patrice Brizard) 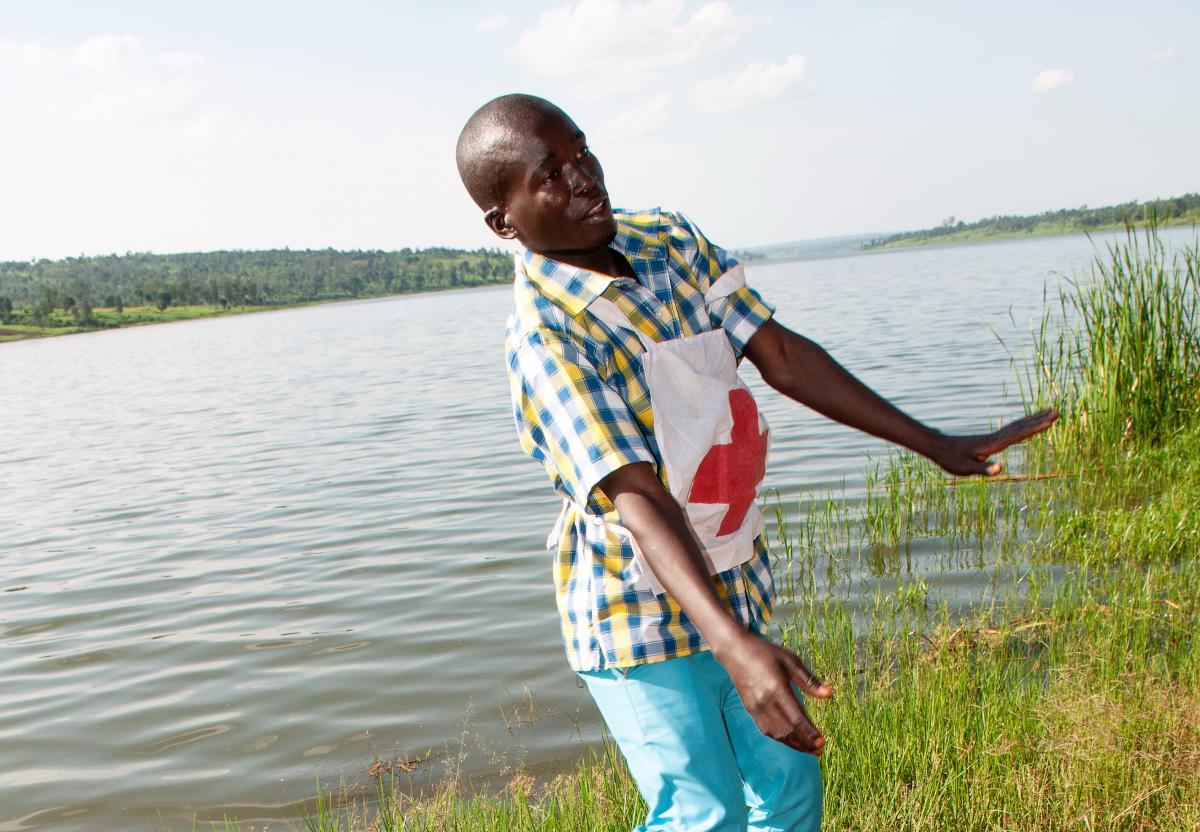 At the same time, communities debated the advantages and disadvantages of volunteering through formal organizations.  “Direct individual assistance is more precise, because we know exactly who to help.  But it is exclusive: it only works where relations already exist with the beneficiary….In my case, I prefer to decide by myself whom to help and what to do when the opportunity or the event occurs.” Another said, “Organized volunteering is more impartial, because they don’t care whether they know personally the beneficiary or not.” (Photo by ©UNDP Burundi/Patrice Brizard) 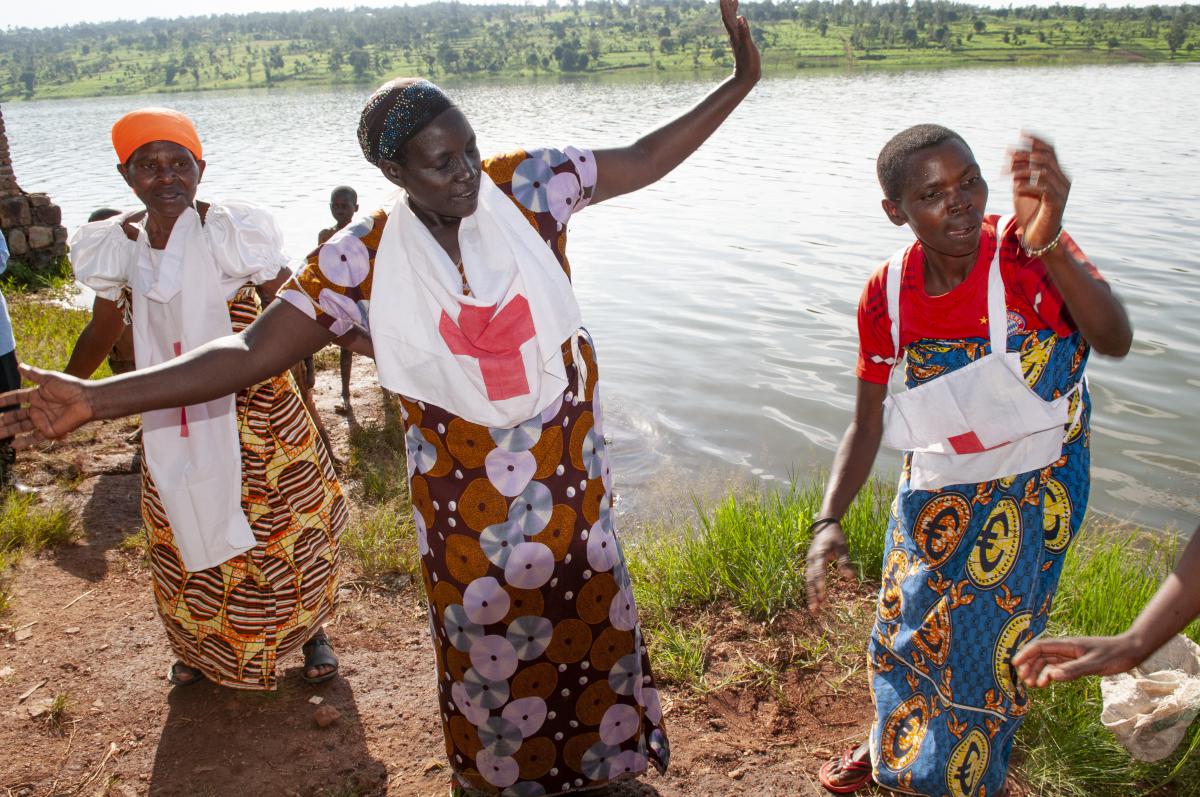 Furthermore, local volunteers recognized that they need greater external recognition and support to fully meet the needs of their communities.  “As volunteers, we see the limits of what we do…. We lack the needed resources to address the massive influx of needs.” Volunteers felt that the solution was “more sensitization of people and of administrations about volunteerism and its importance, particularly in times of crisis, as well as more resources we need capacity building.” (Photo by ©UNDP Burundi/Patrice Brizard) 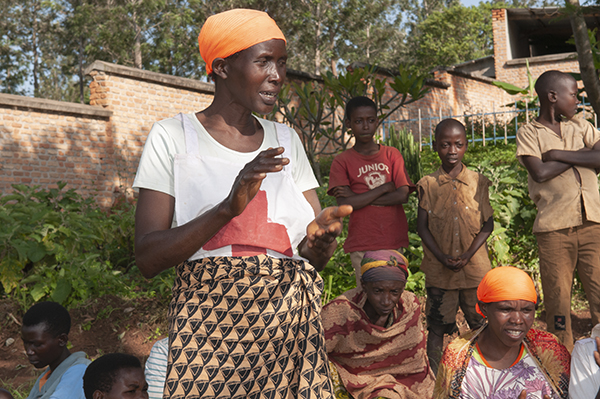 The full findings of the field researchin 15 communities across Latin America, Africa, Europe, Central Asia and Asia-Pacific will be available in the 2018 State of the World’s Volunteerism Report. The report will be launched in July 2018 at the 2018 High Level Political Forum on the SDGs in New York.