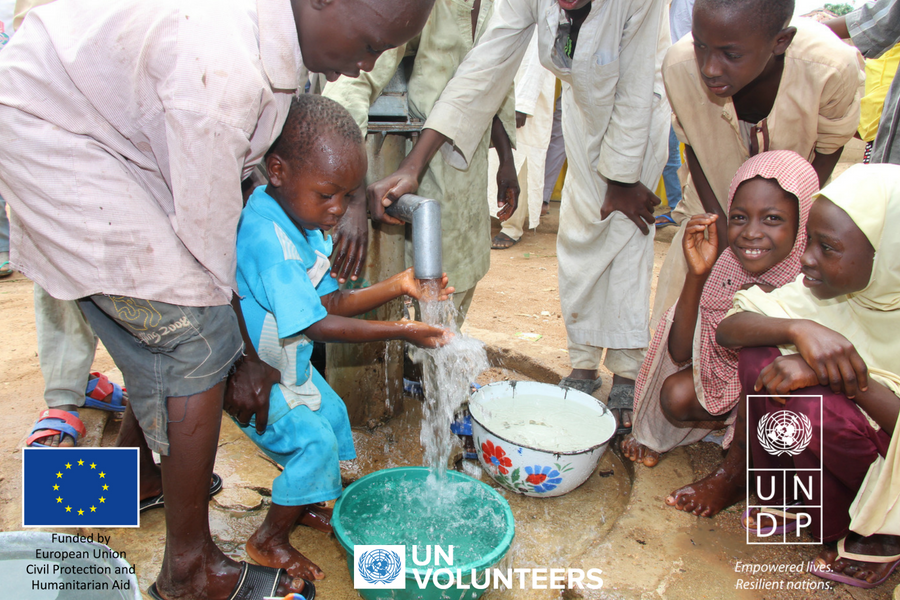 According to a report by the United Nations Office for the Coordination of Humanitarian Affairs (UNOCHA) of June 2018, the crisis in North-eastern Nigeria (now in its ninth year) “remains one of the most severe in the world, where human rights violations continue to be reported daily, and where the food security and nutrition situation remains concerning as conflict continues to limit the amount of land under cultivation.”

Guyaku, located in the Gombi Local Government Area of Adamawa State, is amongst the villages suffering from this humanitarian crisis. In the year 2013, the Guyaku village was attacked by insurgents. This led to the displacement of members of the community. In this situation, many have lost their lives, other their properties, leaving many women and children exposed to security threats and without any means of subsistence.

The members of the community of Guyaku depend on farming as their major source of income, but the situation is worsening with the lean season underway. An urgent and lasting humanitarian response is needed.
The United Nations Development Programme (UNDP) and UNV, with funding support from the European Union Civil Protection and Humanitarian Aid (ECHO), jointly launched initiatives to break this vicious circle by directly involving community members as architects of their own future.  Members of displaced communities in North-eastern Nigeria are being provided access to funding to initiate entrepreneurial activities and improve their economic conditions.

UNV-mobilized UN Community Volunteers in Guyaku and other localities, as part of the ‘Volunteer Action Counts’ campaign, support the vulnerable population through the implementation of the Village Savings and Loan Association (VSLA) – a mechanism developed by UNDP and ECHO to accelerate the economic recovery at the community level. 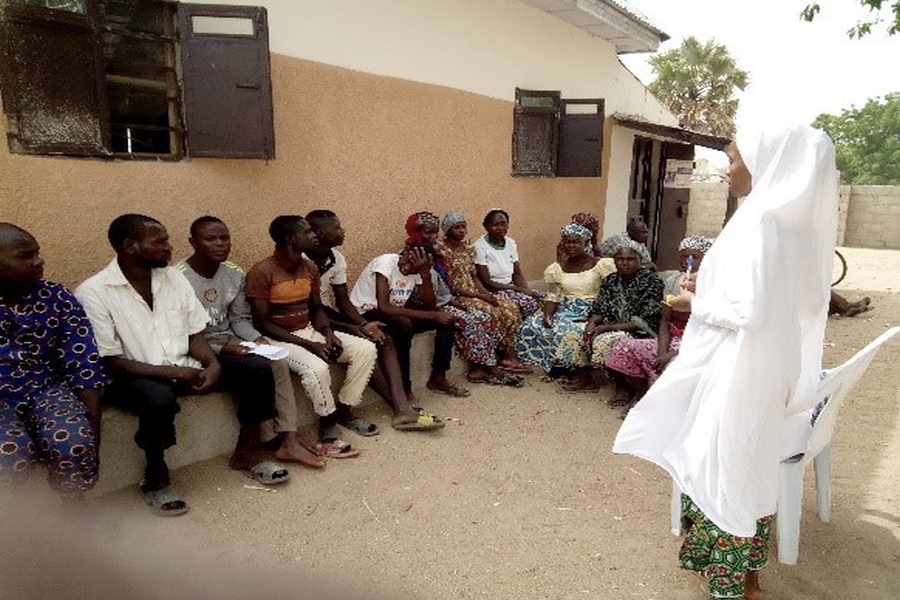 Raihana Bello Furo is one of the UN Community Volunteers who serves in the capacity of Community Village Supervisor with UNDP. According to her, the VSLA in Guyaku will bring social cohesion and economic change.

Despite the fact that members of the community lost their properties, they are willing to come together and save, so that members can take loans from what the savings to engage in various forms of income-generating activities.

Raihana reports that the VSLA in Guyaku is seen as a tailored solution to meet the needs of the different sections of the community, especially women. To ensure an effective management, the VSLA is categorized into three groups:  the elders VSLA (30 percent women), the women VSLA (100 percent women), and the youth VSLA (40 percent women). Each VSLA consists of not less than 10 members and not more than 25.

Knowing that the establishment of Village Savings and Loan Associations at Guyaku will have a lasting effect on the population gives me immense pleasure, states Raihana Bello Furo.

The village head and other stakeholders in Guyaku, especially the Chairman of the Gombi Local Government Area, have expressed their appreciation of the change they observe as a result of the work of UNDP and UNV. Communities are empowered and better equipped to face the humanitarian crisis in North East Nigeria.

According to UNOCHA, 1.7 million persons are internally displaced in the three worst-affected states of Borno, Adamawa and Yobe in North-East Nigeria.