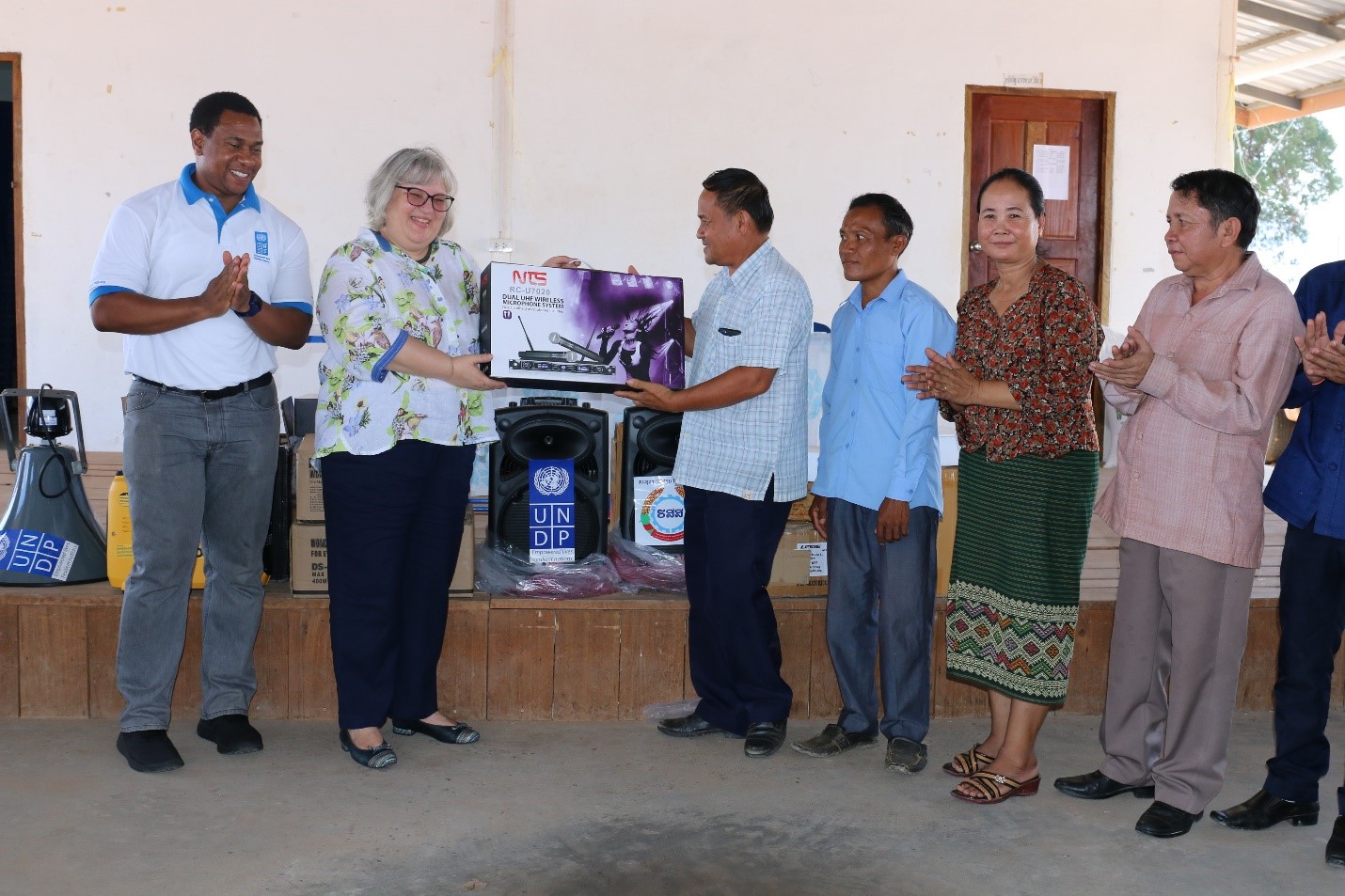 Victor Igbokwe, international UN Volunteer from Nigeria serving in Lao PDR, is currently involved in implementing early warning systems in Bolikhamxay and Saravane provinces. One of his main responsibilities is to coordinate partnership between telecommunication companies and government agencies through a project funded by Luxembourg, which is designed to build capacities at the local level. This partnership helps ensure that information on preparedness for weather-related unpredictable conditions is disseminated equally among all members of the community - including the most vulnerable population.

Imagine living close to a river and not knowing if and when the rivers will rise above normal levels. Imagine a large wave of rain flooding your land, destroying your home while washing away your dear belongings. This was the reality of many Laotians during the rainy season in 2018.

Could the suffering of the people have been avoided? Could the damage to properties and the entire community been eliminated through a potential warning system? Throughout the wet season (between June and September) heavy rains are common in Lao PDR. In the aftermath of the floods in 2018, UNDP, the Government of Lao PDR – Department of Meteorology and Hydrology of the Ministry of Natural Resources and Environment and Telecommunication Network Providers - joined hands to institute an early warning system that is accurate, flexible and accessible by all.

Meet Victor Igbokwe. He is an International UN Volunteer from Nigeria. Since he joined UNDP in Laos, Victor has helped the project sustain its great partnership with the Ministry of Labour and Social Welfare to strengthen climate change and disaster management policies. Victor is currently involved in implementing early warning systems in Bolikhamxay and Saravane provinces. One of his main responsibilities is to coordinate partnership between telecommunication companies and government agencies. This partnership helps ensure that information on preparedness for weather-related unpredictable conditions is disseminated equally amongst all members of the community - including the most vulnerable population.

Recently, he participated in the handover of Early Warning Equipment, such as loudspeakers, amplifiers and generators to the displaced person’s camps. This equipment is to be used across different neighborhoods to make sure everyone is warned about the changes in the weather and potential hazards.

I became a UN Volunteer in order to promote the spirit of volunteerism, especially as a skilled specialist in Climate and Disaster Risk Management. By utilizing my skills, I help communities become stronger while promoting the people-centered approaches.”

Victor is not new to the UN system and work in crisis management related to the environment. In 2015, he joined UN Disaster Management Team (UNDMT) and UNDP in India. Since then, he has worked across the spectrum, including programme implementation, capacity building, advocacy and humanitarian action in South-East Asia and the Pacific region. His diverse work experience and resilient personality have contributed to his specialization in crisis/emergency responses during natural and man-made disasters and has got him to work in various sectors in India, Uganda, Kenya and Nigeria.

UN Volunteers, like Victor, play a vital role in reaching the most vulnerable communities heavily impacted by climate change and natural disasters. The robust partnership between the UNV and UNDP in Lao PDR has contributed to the placement of many of such specialized professionals and young people from diverse backgrounds to support communities to become stronger in face of aggressive changes in the weather and the environment.