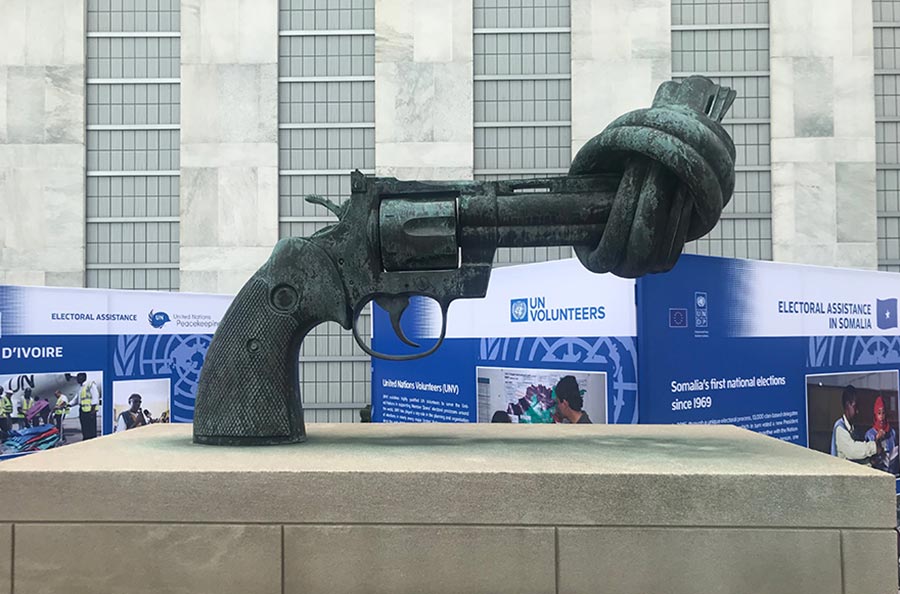 Volunteering at the forefront of peace operations

More than one billion people volunteer every year, at home or abroad, including with the United Nations. The United Nations Volunteers (UNV) programme deploys thousands of professionals annually with UN peacekeeping missions and development interventions. These UN Volunteers have a clear goal: to contribute their time and expertise towards sustaining a peaceful world in which no one is left behind.

Within UN Peacekeeping, combining the powers of peacekeepers and volunteers reinforces efforts to foster peace. This strong partnership started in 1992 and has grown to become an inherent component of civilian personnel within most peacekeeping missions since then. With approximately 2,000 UN Volunteers deployed on average every year, these dedicated professionals have been at the forefront of UN of peace operations for nearly three decades. 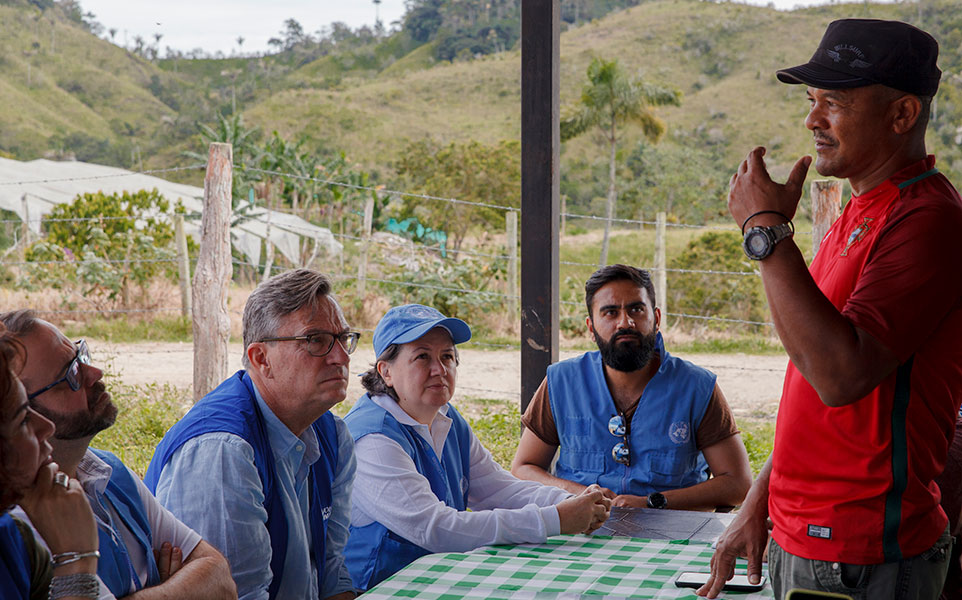 In Colombia, 130 UN Volunteers are supporting the UN Verifcation Mission, accompanying and monitoring the process and promoting a culture of peace.  Here, Olivier Adam (centre-left), UNV Executive Coordinator, and Jessica Faieta (centre), UNVMC Deputy Special Representative, listen to former FARC-EP members in one of the 26 Territorial Training and Reincorporation Spaces in the country. (UNV, 2018)

UN Volunteers complement, do not supplant, UN staff. National and international volunteers regularly take on roles that are different in nature to those of staff members such as capacity development and community engagement therefore expanding a mission’s ability to support peace processes at the community-level.

For decades, UN Volunteers have also helped to deliver on the mandates of over 50 peace operations around the world. Together, these mandates range from supporting electoral processes to responding to the Ebola crisis, from strengthening institutions to promoting good governance, from increasing civil participation to analyzing the political environment and monitoring human rights.


For example, in Liberia, UN Volunteers served passionately and courageously for 15 years in the mission of UNMIL (2003–2018), often in challenging, harsh and remote locations. Arriving first in a post-conflict environment, they were instrumental in assisting with the disarmament, demobilization and reintegration of over 100,000 combatants, supporting historic elections that led to the first female African presidency, helping deliver medical assistance during the devastating Ebola outbreak, and making enormous contributions to the United Nations and the people of Liberia. 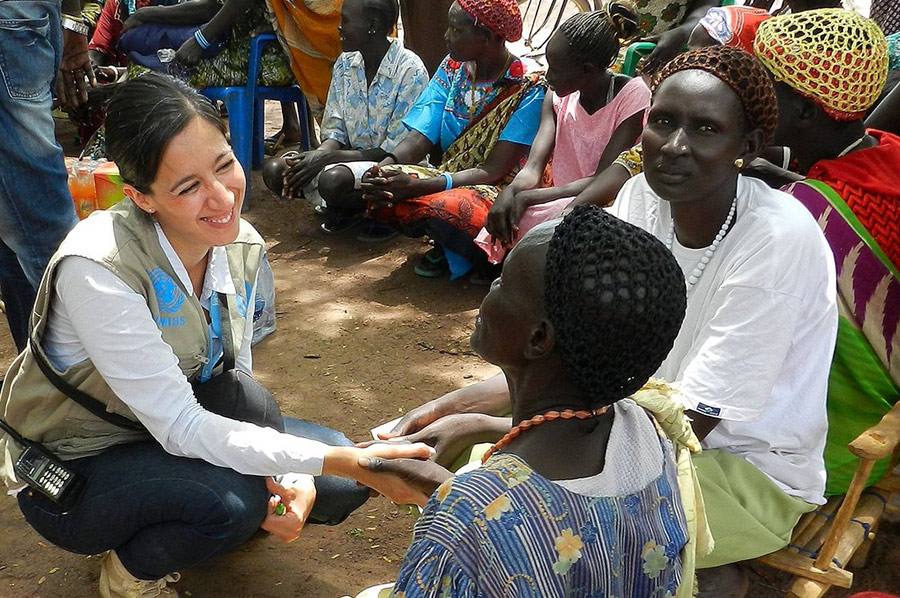 UN Volunteer Francesca Tronco (Italy) serves with the United Nations MIssion in South Sudan. Here, she is chatting with women from Aduel, Rumbek East, after conducting interviews towards a peace process between rival communities in the area. (UN Photo/UNMISS, 2015)

In all these diverse environments and mandates, the added value of deployment of UN volunteers in UN peacekeeping missions is clear: UN volunteers are a powerful interface between the mission and the communities it serves. They can be seen as the change agents who greatly facilitate the building of bridges between various groups by promoting dialogue, reconciliation, peacebuilding, and civic responsibility. The underlying foundation stone of their service is voluntary engagement, solidarity, and serving the common good.

It is the intrinsic value of volunteering which makes it so powerful. Like all volunteers, UN Volunteers are not motivated by monetary reward but rather by the opportunity to contribute to the local and global community. Those contributions are priceless. They inspire. They deliver results. They are important steps towards reaching our global objective of sustainable peace.

UN Volunteers at the service of peace are truly inspiration in action.

This article by UNV's Kim Nienau and Jan Snoeks was first published by UN Peacekeeping, bearing the title Volunteering for peace.