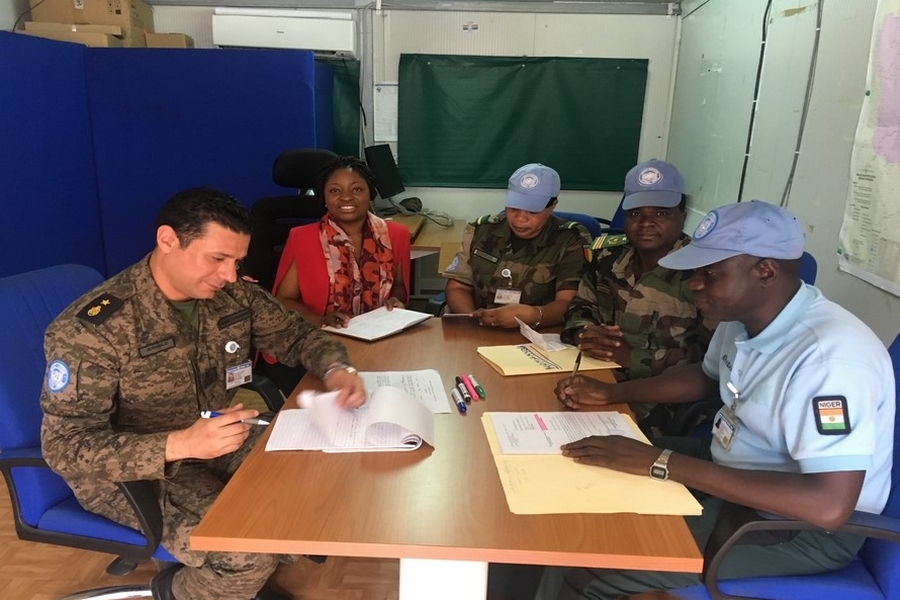 UN Volunteers often go beyond the duties that are assigned to them and reach out to communities to volunteer in other ways as well. In Dungu, a town in the Province Orientiale in the Democratic Republic of the Congo (DRC), ten UN Volunteers took it upon themselves to address water and hygiene issues at a local orphanage.

After several visits conducted by the UNV team at the orphanage, we noticed that the orphanage did not have a potable water source within its vicinity to cater for the 39 kids. This was a serious concern regarding the personal hygiene and sanitation of the kids and the caregivers, who had to go for miles to get clean water for their daily shores at the orphanage.”

The volunteers identified a suitable site to dig a well and initiated a fund-raising campaign in order to mobilize funds to make the well a reality. For Lucy this volunteer initiative aims at ensuring environmental sustainability and reducing child mortality through the provision of clean and potable water to avoid illnesses such as cholera.

According to Fahida, Sylvie, Sera and Ghislaine - four college girls who are living in the orphanage - this project has been realized just at the right time.

Water is life and we are fortunate to have it within our orphanage. We used to walk 4 km every day to fetch water and often arrived late at school due to the queue at the stream.

The project impacts both direct beneficiaries and the local community in general. It improves the living conditions significantly, as well as the personal hygiene and sanitation of the orphaned children and the entire neighbouring community.

Since January 2019, 437 UN volunteers support the United Nations Organization Stabilization Mission in the Democratic Republic of the Congo (MONUSCO), one of the 14 current peacekeeping operations worldwide.

Through various functions such as as Air Operations Assistants or Human Rights and Electoral Officers, UN Volunteers engage with communities to improve civil protection operations. In Dungu, Democratic Republic of the Congo, MONUSCO works closely with UNV to facilitate implementation of the civil protection mandate.