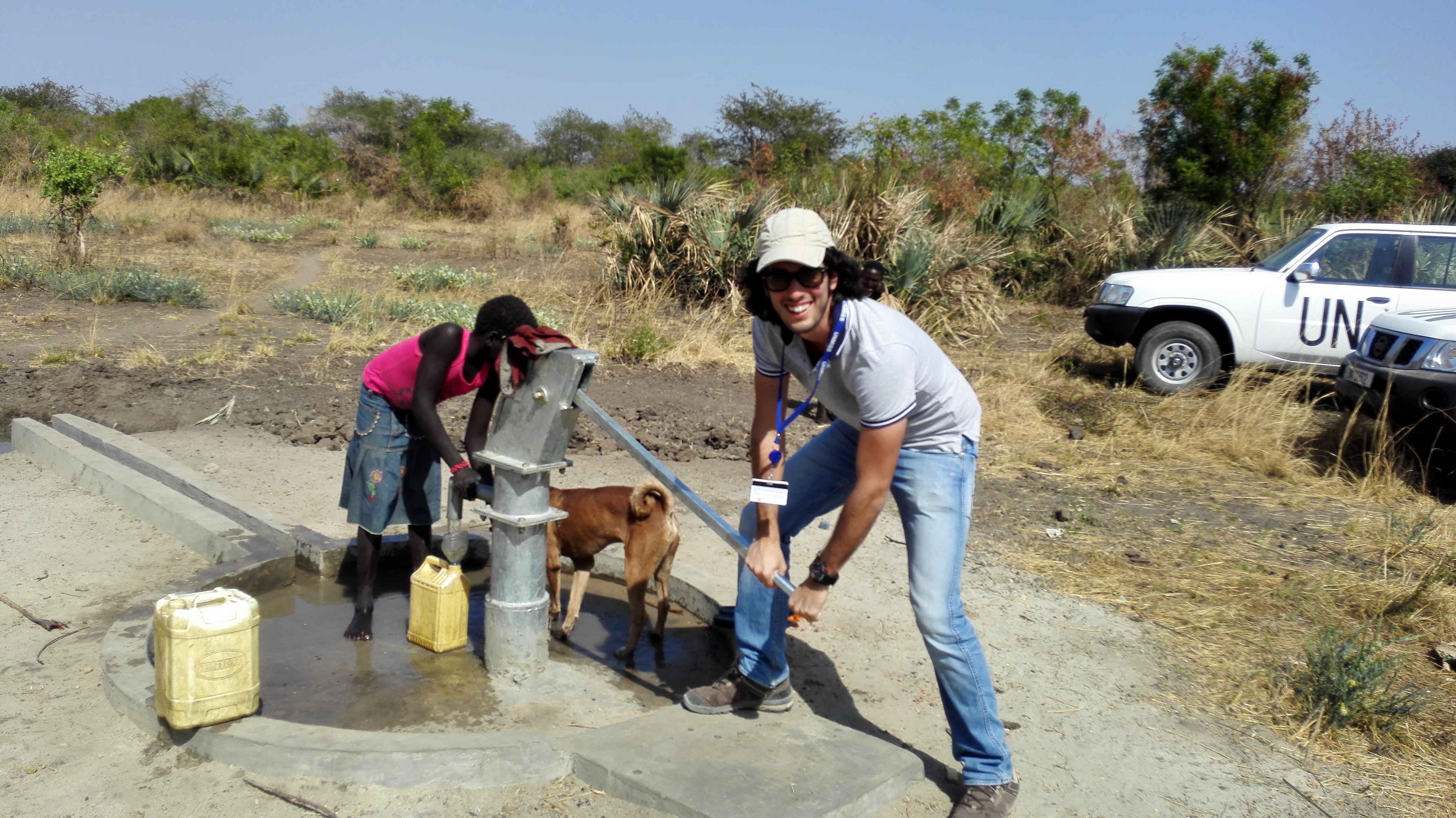 The meaning of empathy and resilience

I am Mauro from Italy. After serving as a UN Youth Volunteer in The Gambia last year, I now serve as a UNV Human Rights Officer in South Sudan. My main task is to monitor, investigate, and report on human rights violations in Jonglei State, the biggest region of the country. From our base here, we also take part in overnight Integrated Team (IT) Field Missions.

Bor, South Sudan: Mary works for the United Nations Mission in South Sudan (UNMISS), and she does an important job – she makes sure that our office is neat and clean, allowing us to carry on with our duties in a healthy environment. Mary is a widow who lives at the Protection of Civilians site (PoC) adjacent to the United Nations Mission in the Republic of South Sudan (UNMISS) compound in Bor, Jonglei State, together with her five children, in precarious conditions and unable to leave the camp for fear of her life. We became friends and we started a language exchange. She teaches me her native language while I help her with English.

Marol is another colleague. He was the gardener and handyman at the UNMISS base, where he worked as an Individual Contractor for nine months. Marol lives in town with his mother and sisters, and he used to come to work at dawn and leave after dark. I saw him working under heavy rain, covered up to his head in mud, and in the sun at 45 degrees, but always smiling and never complaining.

At times I wonder how these men and women, who are living among such suffering and distress, find the strength to carry on, to smile, to never lose hope. There is so much to learn from them. These two resilient and courageous friends are among the people that have most inspired me.

After serving as a UN Youth Volunteer in The Gambia last year, I now serve as a UNV Human Rights Officer in South Sudan. My main task is to monitor, investigate, and report on human rights violations in Jonglei State, the biggest region of the country. From our base here, we also take part in overnight Integrated Team (IT) Field Missions.

For my first IT field mission we travelled by helicopter escorted by Ethiopian Peacekeepers, camped in the open air under small trees, under pounding rain. At times it felt like dreaming, but what I saw brought me back to reality – rusty metal sheets, a few huts made with white tents donated by humanitarian agencies, covered by plastic sheets to shelter from heavy rains, carcasses of military vehicles set on fire, and a huge rusty tank.

I had never seen war in my life, but that day I saw its devastating effects. This wasn’t a dream. This was the reality the people of South Sudan face every day.

During another field mission we saw people partying and celebrating. This I could not understand at the beginning. The situation was worrisome, food was scarce and drinking water was an issue. But a few weeks before a peace agreement between the warring parties had been signed, and the fighting had stopped for a while. The event was worthy of a celebration.

During that night I was caught by a serious headache, sweating and shivering, thinking that I was far away from any medical care, and I was afraid. But when I thought about these people, men, women and children, celebrating despite all the struggles they have been through, I realized they were teaching me, without knowing it, the meaning of empathy and resilience.

I hope that in the near future I can be humbly proud of my fellow UN Volunteers, all my colleagues, both nationals and internationals, and also of myself, to have contributed to long-lasting peace or, as I always say, to have poured another drop to make up the mighty ocean - for Mary, for Marol and for all the South Sudanese.