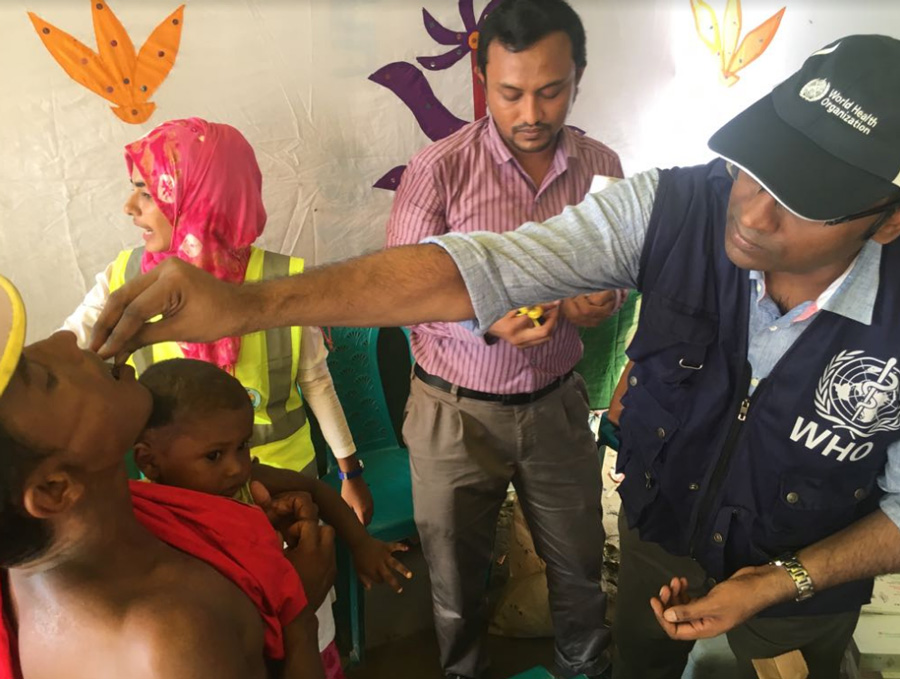 UN Volunteer documents WHO’s emergency response in Bangladesh, one story at a time

Catalin Bercaru (Romania) joined the World Health Organization (WHO) Bangladesh as an international UN Volunteer in media and communications in May last year. Since September 2017, he has been documenting WHO’s emergency response in Bangladesh’s Cox’s Bazar area. With the exodus of well over 600,000 people from Myanmar, Catalin has been reporting on the work of WHO teams delivering critical health services to vulnerable populations and supporting partners in the field.

As an international UN Volunteer specialized in communication, Catalin was one of the first people to be sent to Cox’s Bazar to document the response of WHO Bangladesh. “Prior to the escalation of this crisis, there were already established partnerships between WHO, the government and other health partners. With the massive influx of people from Myanmar, strategies had to be adapted to this critical situation,” explains Catalin.

Among the many challenges that medical staff have to address are: poor nutrition, insufficient clean water and sanitation, risk of communicable diseases and issues related to reproductive health. Last September, WHO coordinated a mass vaccination campaign against measles and polio, immunizing more than 150,000 children. In October, this was followed by a one-month 700.000 mass vaccination campaign against cholera, supplemented by actions to improve hygiene conditions, sanitation and access to water – essential measures to prevent cholera outbreaks.

The situation on the ground is very difficult. There are heavy rains and mud. People live in temporary shelter arrangements. Although this is far from ideal, new arrivals have some form of shelter and some access to basic necessities, including water, food and sanitation,” says Catalin.

“Medical teams from WHO and other organizations work tirelessly every day, seven days a week,” he adds. “My activity is to highlight WHO’s hard work but also to raise awareness among people about vaccination, sanitation and other health related issues that require a positive approach from the population.” 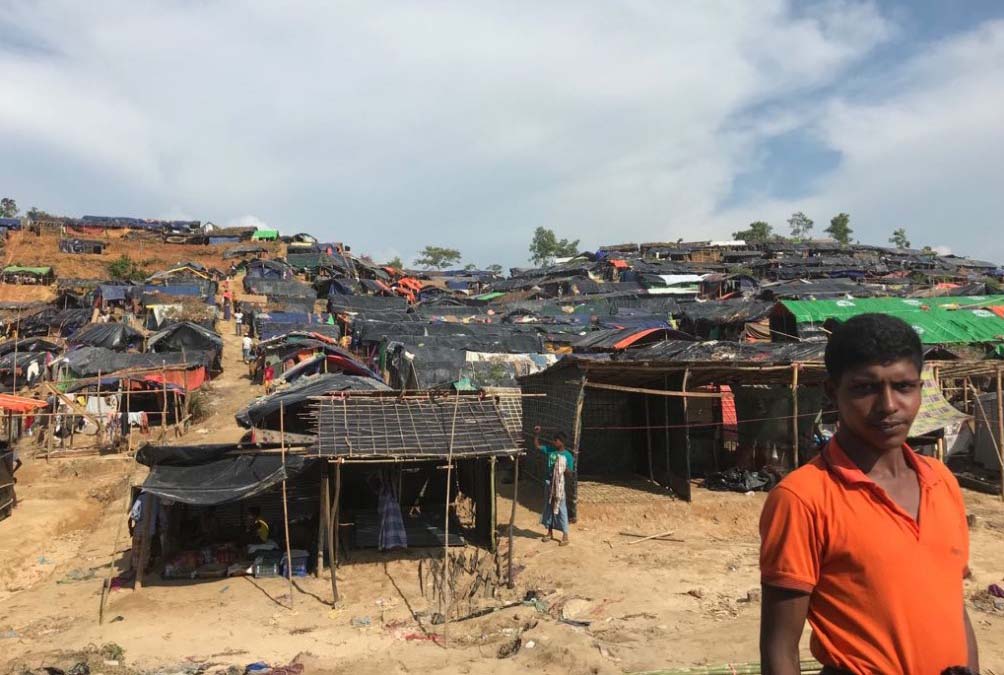 Prior to serving as a UN Volunteer with WHO in Bangladesh, Catalin worked in Romania on migration and refugee issues.

“I was familiar with the refugee situation in Europe, but the scope of this crisis is mind blowing."

In Europe, one million migrants arrived, but that was over a period of a year and they were spread-out over the continent. In Bangladesh, half a million people arrived over the course of three weeks. Nobody can be prepared for that, and yet the response from all those involved was extraordinary.” 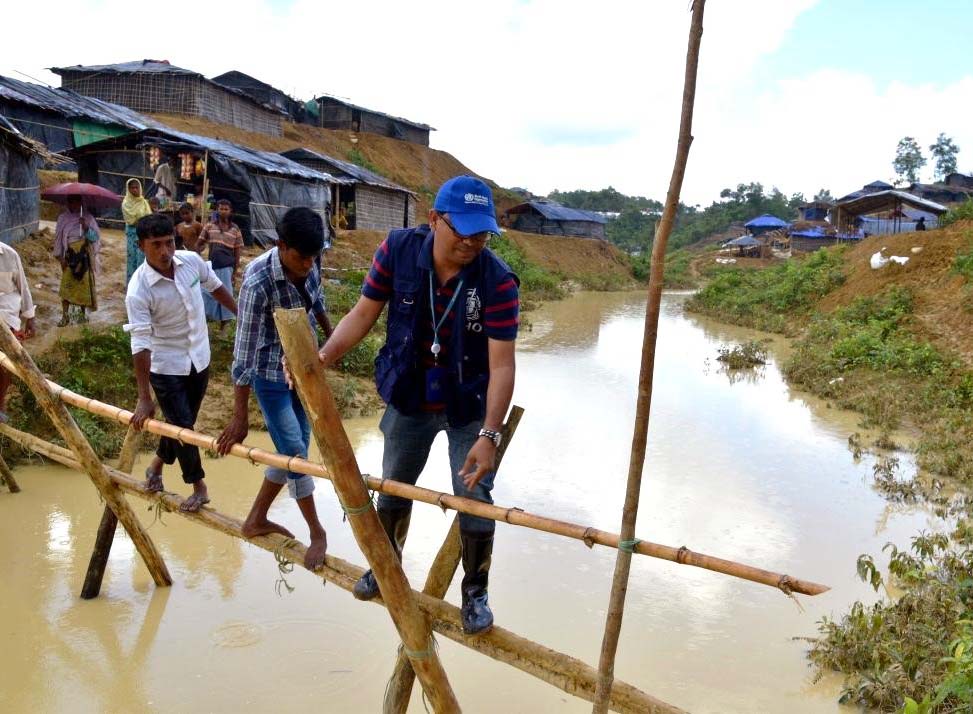 A WHO staff and locals crossing a bamboo bridge to access remote areas around Cox's Bazar. (WHO, 2017)

With his camera in hand, Catalin carefully captures the work of WHO’s team delivering medical support, and the mixed sense of anxiety, exhaustion and relief on the face of the women, men and children receiving care.

His purpose is also to help WHO strengthen its communication capacity by planning communication trainings for local staff – it is important for the organization to be able to present its work and the efforts of its people in the best way possible. 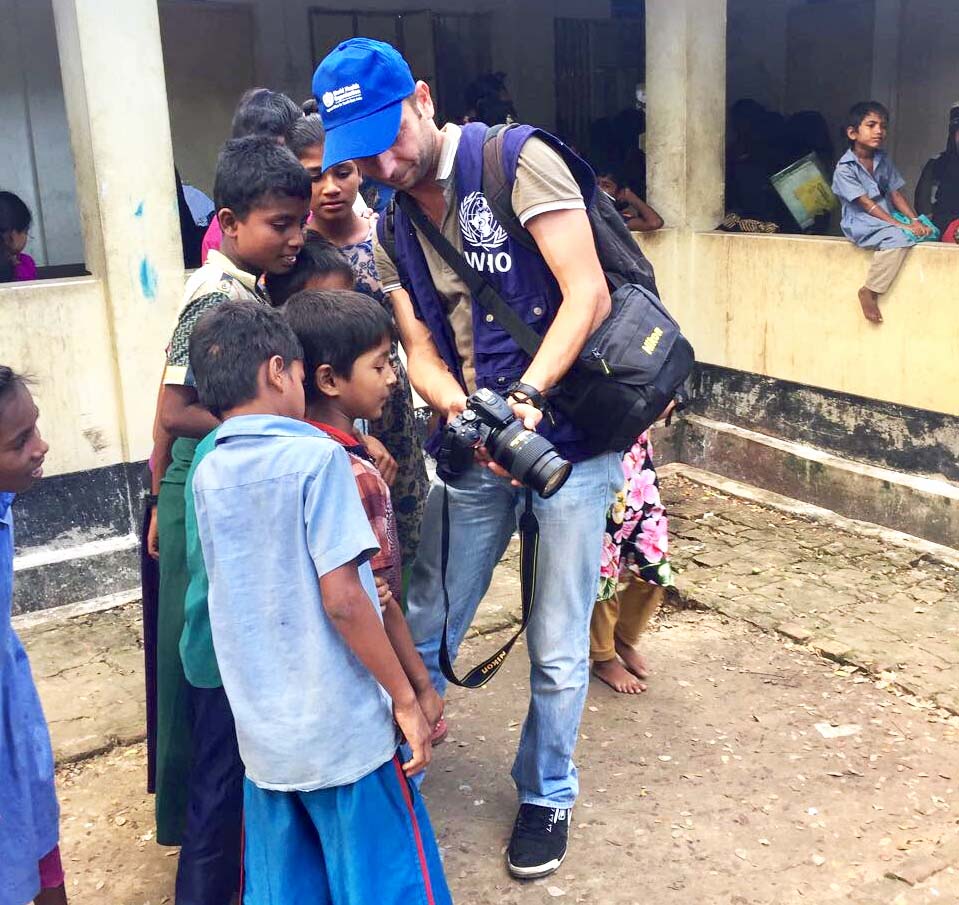 UN Volunteer Catalin has been documenting WHO's emergency response since May 2017 (WHO, 2017).