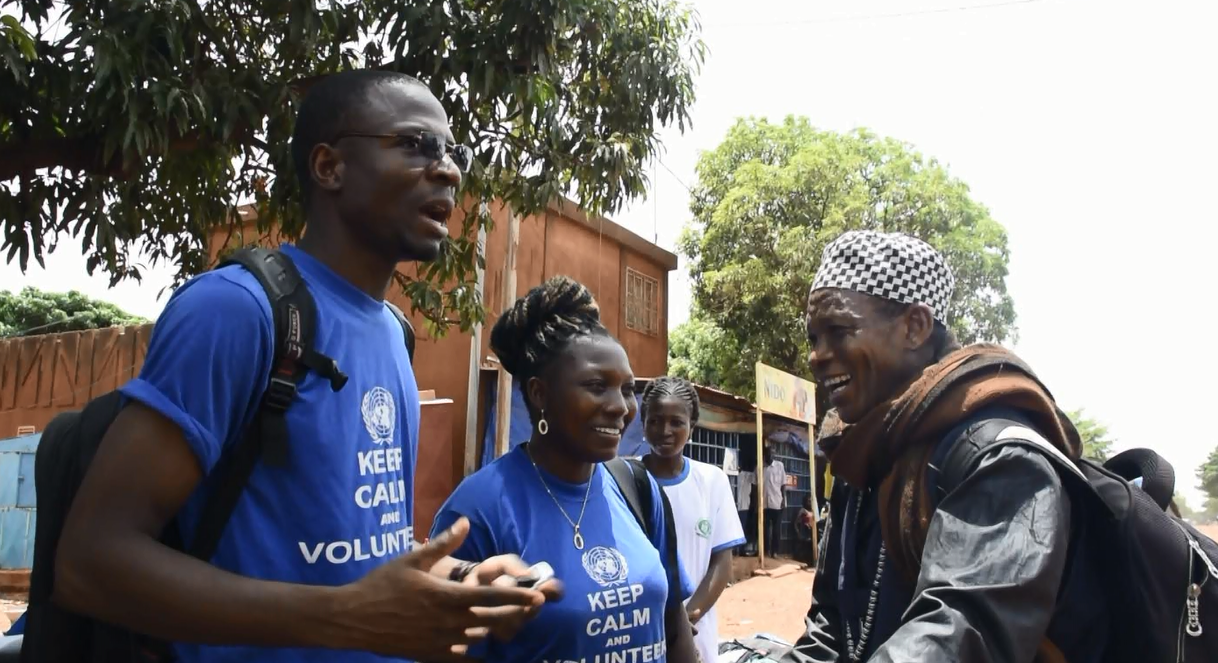 UN Volunteer Somda Flore (centre) helps to raise awareness about the importance of the elections among the local population in Bobo-Dioulasso, Burkina Faso. (UNV, 2016)

“Women account for most of the country’s electorate, and therefore play a significant role in the country’s development,” adds Somda Flore, another national UN Volunteer.

Elsewhere, in the south east of Burkina Faso, a campaign to raise awareness amongst women in the city of Bobo-Dioulasso about the importance of the elections in fighting corruption allows men and women to debate and confront different opinions. A local assembly attentively listens to the discussions, dancing to the rhythm of the djembes. The purpose of this exercise is to foster debate among the local population prior to the elections.

Moreover, football matches organized by the UN Volunteers allow to raise awareness amongst youth about the importance of accepting the results after an election. Under the slogan ‘Je suis jeune. Pour des élections municipales apaisées, je m’engage’ (I am young. I participate to achieve peaceful local elections), the objective was to “encourage youth to accept the outcome of the elections”, said Saidou Ouédraogo, superintendent at the CENI for the Haut Bassin region.