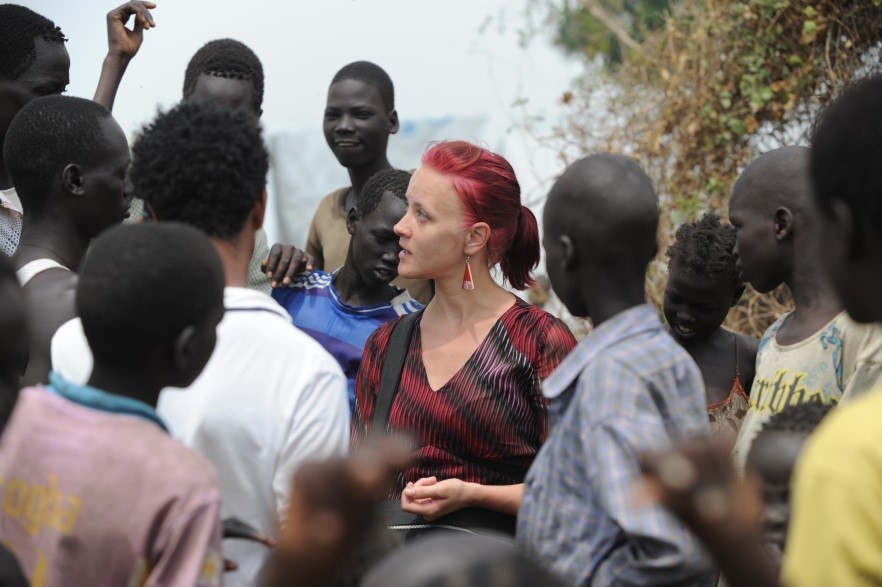 In 2015, I got the opportunity to become a UN Volunteer Child Protection Officer with UNICEF in Sudan. In a country severely affected by armed conflict, displacement and food insecurity, the humanitarian needs remain critical. In addition to an estimated 2.2 million people displaced internally, Sudan has received over a quarter of a million refugees fleeing the war in South Sudan. Approximate 70 per cent of these displaced people are children.

The context that we as humanitarians are working in is complex: increasing human suffering, dwindling resources and a volatile security situation requires new approaches and strengthened efforts to support the self-reliance of deprived communities. This is why all our interventions are firmly grounded in a community-based approach. As the frontline child protection actors, the affected communities are spearheading the change they themselves envision as a priority.

One of my most meaningful awakenings to the importance of the recovery of the most vulnerable communities was during an assessment mission to Sortoni. This is an area that amassed over 20,000 people in a fortnight fleeing the war in Darfur last year. The place was completely unequipped to provide any shelter, food or water to the shell-shocked people, mainly women and children. As they huddled against the fence of the peacekeepers’ camp for safety, the humanitarian community was trying to find ways to rapidly drum up the support that was acutely needed.

The fiercest efforts were made by the people themselves: the mothers who looked after separated children found fleeing alone, the community leaders who volunteered to search for missing people and reunite families, the collective strive to establish structures within an emergency that had unravelled the social fabric.

My previous work experiences with Finn Church Aid and the Lutheran World Federation in Liberia, Ethiopia and Uganda led me to this current UN Volunteer assignment as a Child Protection Officer in Khartoum. The great work both these international NGOs do crystallized the core values of humanitarian action: dignity, compassion, accountability and participation.

In 2014, Ethiopia was receiving an unprecedented influx of South Sudanese refugees fleeing the horrors of civil war, and I found myself navigating the complexities of humanitarian emergency operations on the ground. As a UN Volunteer, this intense learning curve continues, as Sudan struggles to shoulder the responsibility of ever-increasing masses of conflict-affected people.

Working as a UN Volunteer has given me the opportunity to understand and witness the full spectrum of human resilience. As a result, I have unyielding and boundless respect and admiration especially for the refugee women, who are managing an unmanageable situation of displacement, loss and grave deprivation, yet with dignity I could only hope to possess one day. Their strength seems unparalleled, and it is an image I carry with me through the darkest of days.