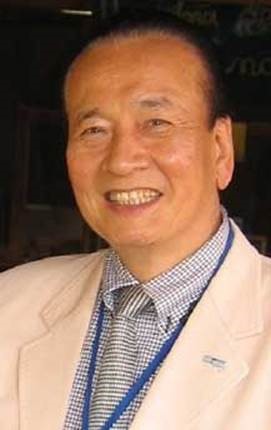 In memoriam of Mr Takehito Nakata who served as a UNV Honorary Ambassador from 1993 to 2006.

From 1993 to 2006, Mr Takehito Nakata served as UNV’s one and only Honorary Ambassador, in honour of his son, Atsuhito Nakata, who was tragically killed while serving as UN Volunteer Electoral Supervisor for the United Nations Transitional Authority in Cambodia in 1993. Mr. Nakata dedicated his time to the promotion of volunteerism in Japan. He undertook numerous keynote speeches, lectures and interviews with the aim of increasing UNV’s visibility and promoting volunteerism. His official missions and in-country activities were financed by the Japan Trust Fund.
Mr Nakata was recognized as a proponent of the first International Year of Volunteers in 2001. In 1996, Mr Nakata proposed his idea that the year 2001 should be designated as the International Year of Volunteers. The Government of Japan supported his idea and the United Nations General Assembly adopted Resolution 52/12 in 1997, co-sponsored by 123 countries.

With its main objectives of increased recognition, facilitation, networking and promotion of volunteering, the International Year of Volunteers provided a unique opportunity to highlight the contributions and achievements of millions of volunteers worldwide and encouraged more people to engage in volunteer activity. The designated year served as a platform to show that voluntary service is needed more than ever to tackle development and peace challenges, and that volunteers were the ideal conduit for progress at the grassroots.

In 2008, Mr Nakata retired as Honorary Ambassador of the United Nations Volunteers programme. The UNV office in Tokyo continued to serve in a liaison capacity for Mr Nakata, who was sought after for interviews or speaking engagements on the value of volunteerism for peace and development.

UNV recognizes and appreciates the lasting legacy, dedicated efforts and sacrifices of Mr Nakata and his son Atsuhito. May they both rest in peace.