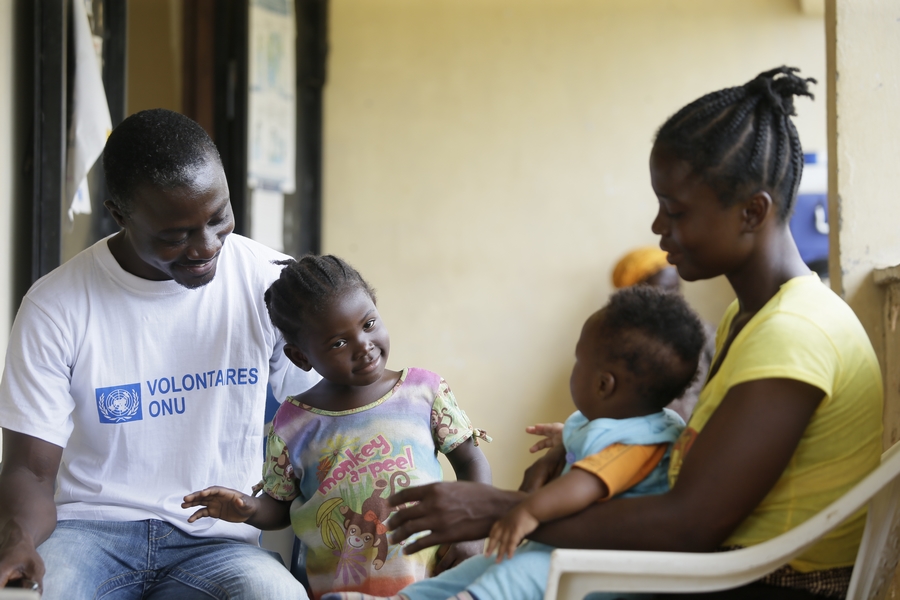 Pursuing its efforts to support the Liberian people, the UN Resident Coordinator’s Office works in close collaboration with UNV to engage with the government, communities and civil society partners in different peacebuilding programmes. Below you will read, and see UNV Liberia's video production, about truly inspirational UN Volunteers in the country assisting to make Liberian communities thrive.

Since the end of the civil war in 2004, Liberia has faced many challenges, the most recent ones being the management of the Ebola epidemic, the closure of the UN Peacekeeping Mission in Liberia (UNMIL); and a historical democratic transition after the elections. Through all of these, UN Volunteers have made significant and effective contributions to peace and development in the country.

Currently 14 UN Volunteers are assigned to the UN Resident Coordinator’s Office in Liberia to work with the government, communities and civil society organizations throughout the country. These young Liberians are deployed mainly in counties where key challenges of child protection, women’s empowerment, girl’s education, justice and human rights need to be addressed. Through various functions UN Volunteers are improving the impact of UNDP in the country through direct contact and support to local communities. The reporting they bring back to the UNDP office from the field each week also provides evidence to base further UN programming decisions on for vulnerable communities in Liberia.

Ruth Cleopatra Engmann is one of the national UN Volunteers serving as Liaison Officer in Grand Bassa County, situated in the south-central part of Liberia, about 140 km from Monrovia. Ruth goes frequently to the field to interact with Grand Bassa dwellers where she is from and works extensively with country authorities, traditional leaders, civil society groups etc, to tackle issues like Sexual and Gender-Based Violence (SGBV), child protection etc. She reports that in Grand Bassa, the issue of child abuse is a major concern.

My passion in my work as a UN Volunteer is child protection, women empowerment and girls education. Through these interactions, I am able to give feedback to the RCO on a weekly basis about what is going on in Grand Bassa," she concludes. 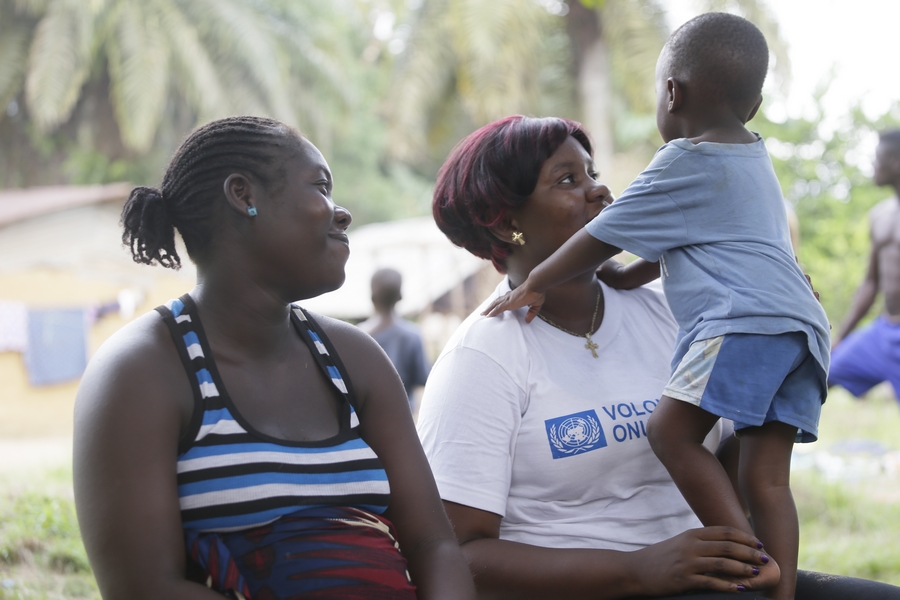 In Nimba county in the northeastern region of Liberia, that shares borders with Côte d'Ivoire and Guinea, a National UN Volunteer, who also represents the Resident Cooridinator's office on the ground, sounds the alarm on the situation of detainees in the only prison of the second largest county of Liberia in terms of population.

Roosevelt Gbamie Cooper, Associate Field Liaison Officer, explains that Nimba county central prison was constructed for 75 inmates.Currently, there are 164 people incarcerated  in the prison, living in extreme and difficult conditions. For example, there is a lack of medicines at the prison’s medical clinic and many detainees are going through long pre-trial detention periods and undue lengthy court proceedings.  As a UN Volunteer, Cooper supports prison authorities and follow up on detention conditions of prisoners, reporting their cases for judicial authorities to speed up their trial procedure.

Another critical issue in Nimba is gender based violence. According to the RCO’s focal point in the county, more than 20 cases were reported at the gender Office. Roosevelt conducts awareness-raising activities with the community to improve understanding of people’s rights and laws against the use of violence.

Speaking about UN Volunteers, the UN Resident Coordinator for Liberia Mr Yacoub El Hillo, states that he is pleased that the United Nations in Liberia continues to tap into this incredible asset.

I am really satisfied with the contributions of UN Volunteers to the RCO mission, especially those who are Liberian nationals. They know the context, they know the country, they understand the issues because they are living them and they are using their being part of the UN system to actually bring the change that the country needs", says UN Resident Coordinator in Liberia, Yacoub El Hillo.

Currently, 50 international and national UN Volunteers work  across 17 different UN agencies in Liberia. Through their different assignments, UN Volunteers make a difference to peace, stability and vulnerable populations in the country.