Across the region, people volunteered to raise awareness of the need for urgent action for humanity’s future. Thousands more pledged to continue volunteering every year.

UN Volunteers are important to our work with forcefully displaced persons in the region – thanks to them, we are able to reach people in need. --Ms Clementine Nkweta-Salami, Regional Bureau Director for the East, Horn and Great Lakes Regions of Africa, UN Refugee Agency (UNHCR) said in her social media message

In South Sudan and Uganda, IVD was celebrated with a focus on climate action. The main events in the two countries included tree planting activities to help mitigate the impacts of climate change, and a series of radio talk shows and media engagements to raise awareness of the role of volunteerism in environmental stewardship and community development. 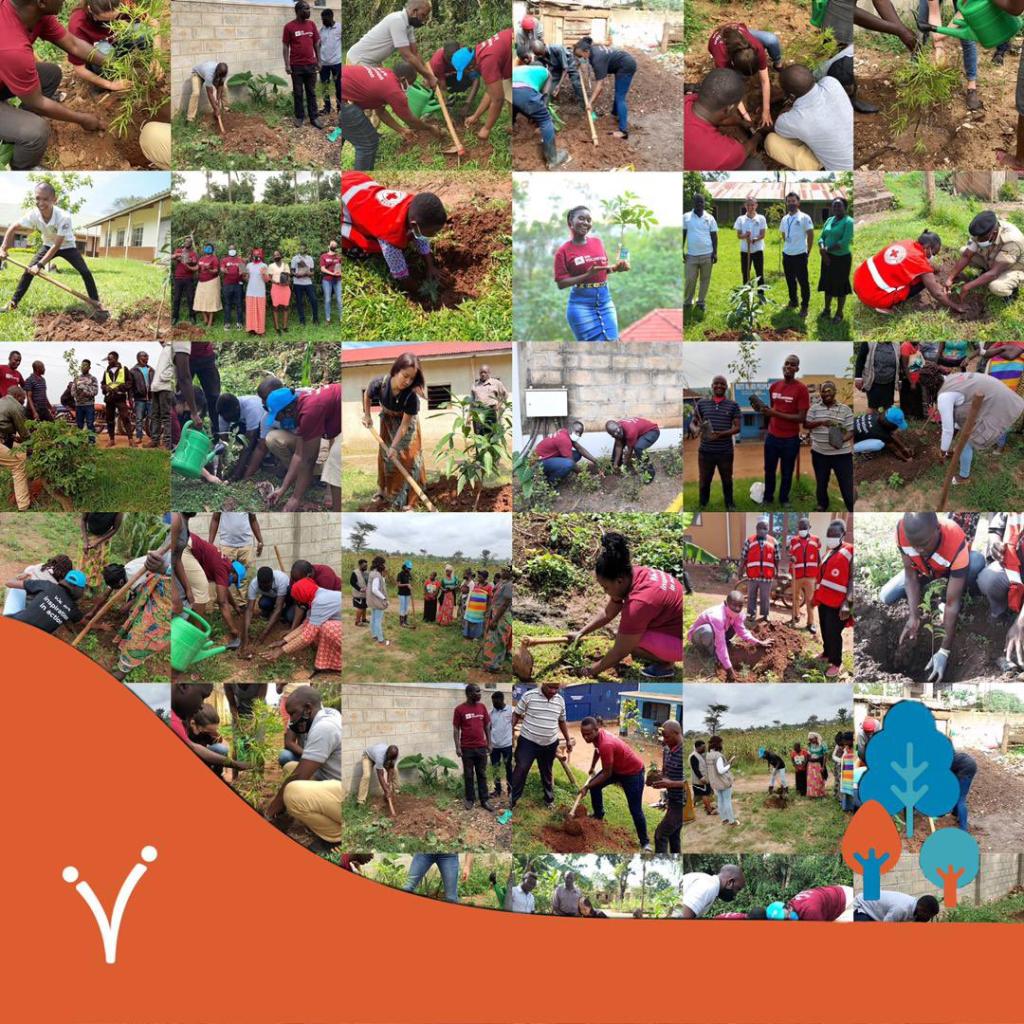 In Kenya and Somalia, hundreds of UN Volunteers joined other UN personnel volunteers for a 5 kilometre run challenge in Nairobi on 5 December, and in Mogadishu on 4 December, respectively. The activities were aimed at advocating for volunteering as a means of  inclusion and tackling climate change.

The run in Mogadishu was coordinated by UNV and the UN Somalia Welfare and Recreation Committee, and was flagged off by the UNDP Somalia Resident Representative, Mr Jocelyn Mason.

Hundreds of other volunteers joined the IVD 2021 run challenge virtually across the region in Angola, the Comoro Islands, Kenya, Tanzania, Uganda and Zambia.

Kenya also hosted the inaugural UNV 50 Volunteer of the Year Awards ceremony on 7 December 2021. More than 20 volunteers were recognized for their exemplary performance and dedication in building strong communities across the country through volunteerism.

Kenya’s Cabinet Secretary for Public Service, Gender, Senior Citizen Affairs and Special Programmes, Professor Margaret Kobia, in a speech delivered on her behalf by the Principal Secretary at the Ministry, Mr Nelson Marwa, said that the Kenyan government recognizes volunteerism, as it helps in promoting a people-led approach to service delivery.

"When one offers their services to another in the form of love and kindness, it helps in enhancing peace, cohesion and inclusive development in the communities they live in,” said Prof. Kobia Kenya’s Cabinet Secretary for Public Service, Gender, Senior Citizen Affairs and Special Programmes

In Malawi, IVD 2021 was commemorated with a high-level event on 7 December 2021 to launch the UNV State of the World's Volunteerism Report (SWVR) at Malawi's Bingu International Conference Centre.

The keynote address at the event was delivered by the Minister of Industry. Other speakers included the Deputy Minister of Labour, UNDP Resident Representative, UN Resident Coordinator and UNV Deputy Executive Coordinator.

In Zambia, the launch of the IVD 2021 commemoration was held on 4 December 2021 with the Honourable Minister of Community Development and Social Services and streamed live on national TV. UNV, together with UNDP and the government of Zambia also donated a wire fence to a local school for children with special needs school in Lusaka, as part of a commitment towards ensuring inclusiveness and equality in the society.

In Mozambique and Madagascar, UN Volunteers gathered for a retreat and IVD 2021 celebration on 5 December 2021 at Museu da Mafalala in Maputo, and capacity building and learning activities in Antananarivo, respectively. The UN Resident Coordinator in Madagascar, Mr Issa Sanogo addressed the UN Volunteers, encouraging them to keep sharing the spirit of volunteering among other colleagues in the UN system.

In Angola, UN staff joined UN Volunteers and several partner organizations, including Portal do Voluntário, Angolan Scouts and many other national volunteer organizations, to clean the Benfica public beaches in the south of Luanda. The aim of the activity was to promote recycling and environmental protection.

Other IVD 2021 activities undertaken by UN Volunteers and volunteers from other volunteer-involving organizations included blood donation drives in Burundi, Ethiopia and South Sudan, donation of household essentials to vulnerable communities in Angola, Ethiopia and Kenya, in-person symposiums and dialogues on volunteerism in Angola, Eritrea and Ethiopia, and virtual dialogues on the role of volunteerism in building healthier, inclusive and progressive societies in Angola, the Comoro Islands, Ethiopia, South Africa and Zimbabwe.

UNV also participated in a virtual panel discussion on volunteerism in the African context hosted by the African Union, with a keynote address from Ms Prudence Ngwenya, Acting Director of the Women, Gender and Youth Directorate at the African Union Commission. Across the region, millions of people were reached with the IVD 2021 messages through these events and engagements on traditional and social media channels.