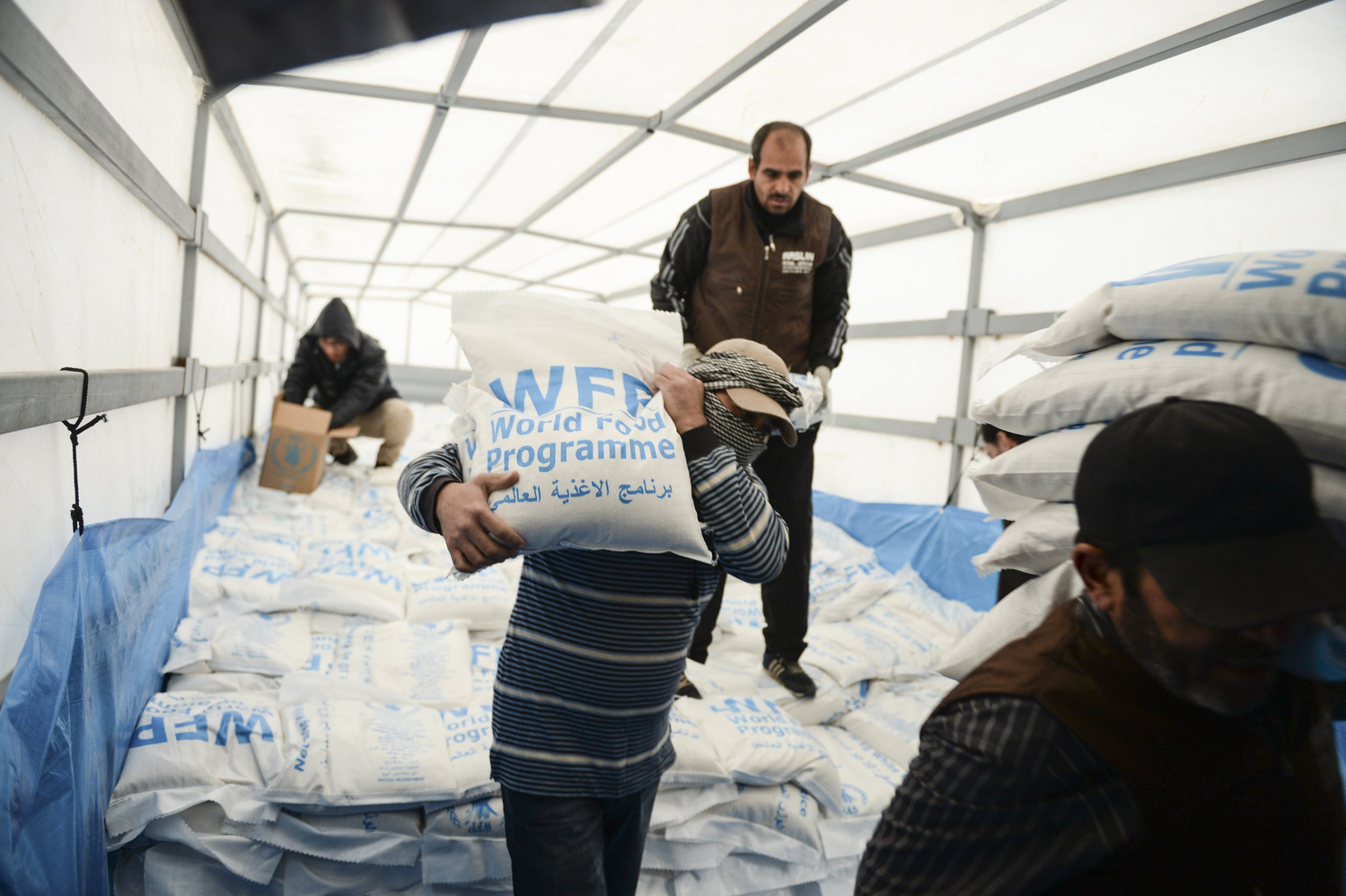 The UN Volunteer Associate Monitoring Officers serving within the United Nations Monitoring Mechanism (UNMM) for Syria are responsible for making sure that the trucks going into Syria are carrying humanitarian supplies and nothing else. (Hurriyet Turkey, 2016)

UNV's response to the Syria crisis

As the Syria crisis enters its seventh year, 13.5 million people require humanitarian assistance. 375 UN Volunteers are currently serving in countries neighbouring Syria, mostly as part of the response to the refugee crisis. These UN Volunteers are teachers, monitors of cross-border operations, enumerators; they serve in refugee camps and in public offices, they provide livelihood opportunities, protection, medical and other social services. Some of them are refugees themselves, some are youth, many are women. 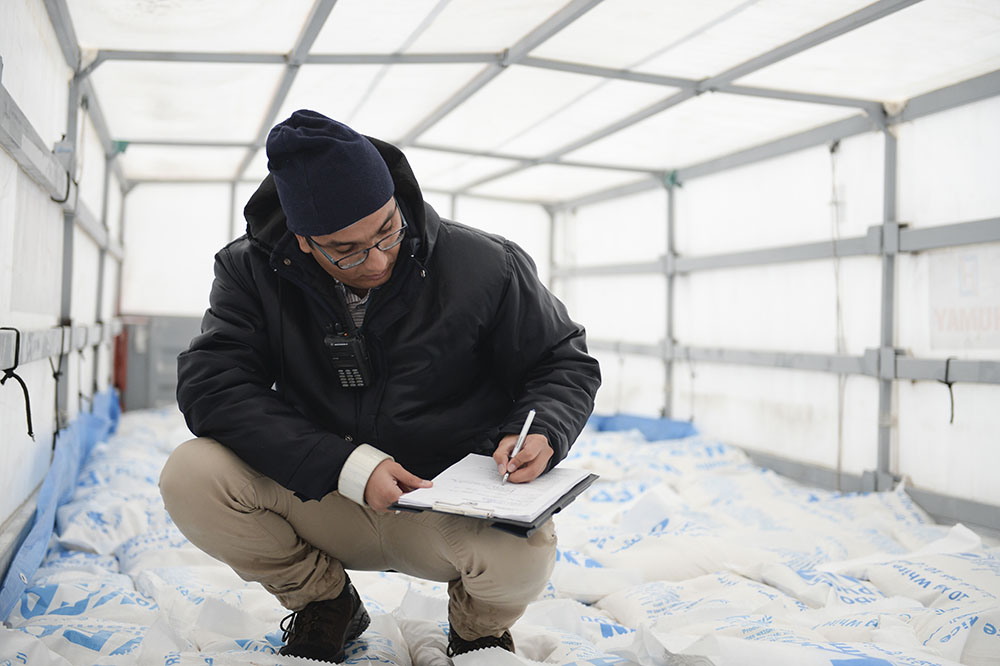 UNV’s response to the refugee and migrant influx sparked by the Syrian conflict is done through the deployment of hundreds of UN Volunteers who support humanitarian and development initiatives benefiting both Syrian refugees and their host communities in neighbouring countries. As examples, international UN Volunteers monitor cross-border humanitarian supplies on the Turkish-Syrian and Jordan-Syrian borders, and UN Volunteers assist the UN Refugee Agency (UNHCR) in refugee status determination and UNICEF in monitoring youth empowerment activities. Moreover, Palestine refugees displaced from Syria serve as UN Volunteer Teachers and help to run schools for Syrian refugee children in Lebanon.

The increasingly volatile refugee and migrant situation has direct impacts on the ability of UN agencies to respond, particularly UNHCR. In response, UNV adopted ad hoc solutions to assign UN Volunteers in Europe for the first time, resulting in UN Volunteers deployed in Ireland, Belgium, France, the Netherlands and Greece.

In Greece, UN Volunteers assigned as Associate Field Officers (Protection) were deployed to the islands to support UNHCR emergency operations when the number of new arrivals was overwhelming. Similarly, UN Volunteers were sent to Calais in the north of France to assist in the dismantling of the so-called ‘Jungle’ camp, evacuating an estimated 6,000-8,000 migrants to reception centers across the country.

In Lebanon, the Lebanon Host Communities Support Programme (LHSP) targets the most vulnerable communities hosting displaced Syrians and aims to decrease tensions and conflict between host communities and displaced persons. Six national UN Volunteers have been assigned to the LHSP.

Finally, four national UN Volunteers, three of them youth, have recently been deployed in Syria with the UN Population Fund (UNFPA) in the fields of communications, operations, administration and data analysis. This opens the door for Syrian youth to serve in their country, and to promote peace and positive change.

You can read the overview of UNV's response to the regional consequences of the Syrian conflict.

Preparing for the post-agreement reconstruction of Syria 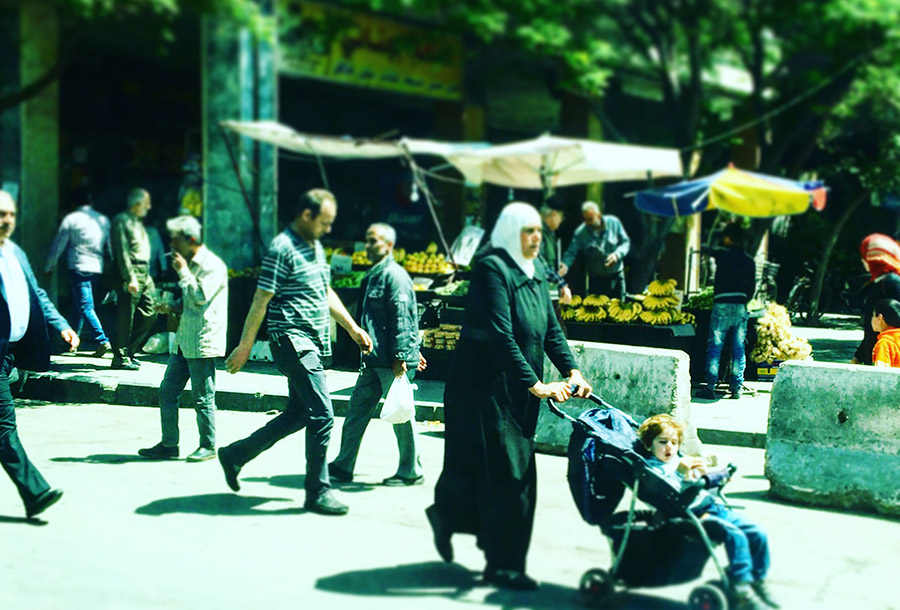 Our Deputy Executive Coordinator, Toily Kurbanov, was recently in Syria and the region exploring the potential for collaboration with UN and other partners in line with the Sustainable Development Goals, specifically in engaging youth and enhancing their employability, empowering women, improving the provision of basic social services and building resilience in the country. In fact, UNV in 2017 is prioritizing engaging national youth and experts as UN Volunteers in Syria. Why? Because local volunteers are always first to reach the scene of crisis and to provide assistance to victims. Local volunteers know the local context, they exponentially expand outreach, and they make sure that any solutions are not imposed from outside but are community owned. Furthermore, we think that national UN Volunteers can help solve problems related to skills development, relations between refugees and host communities and youth unemployment in a post-agreement Syria, and online volunteering can help mitigate the brain drain.

You can read more on the solutions UN Volunteers offer for the reconstruction of Syria and the improvement of livelihoods of refugees.

Due to the duration of the crisis in Syria, there was a need to ensure a viable education system was offered in Lebanon, not leaving any Palestinian refugee behind and integrating all refugees together. The United Nations Relief and Works Agency for Palestinian Refugees (UNRWA) welcomed Palestinian pupils from Syria in its schools in Lebanon. As extra teachers were needed to respond to this pressing situation, the UNV contribution was invaluable: in 2016, UNV recruited over 100 Palestinian refugees to serve as national UN Volunteer Teachers to serve in schools for refugees throughout Lebanon.