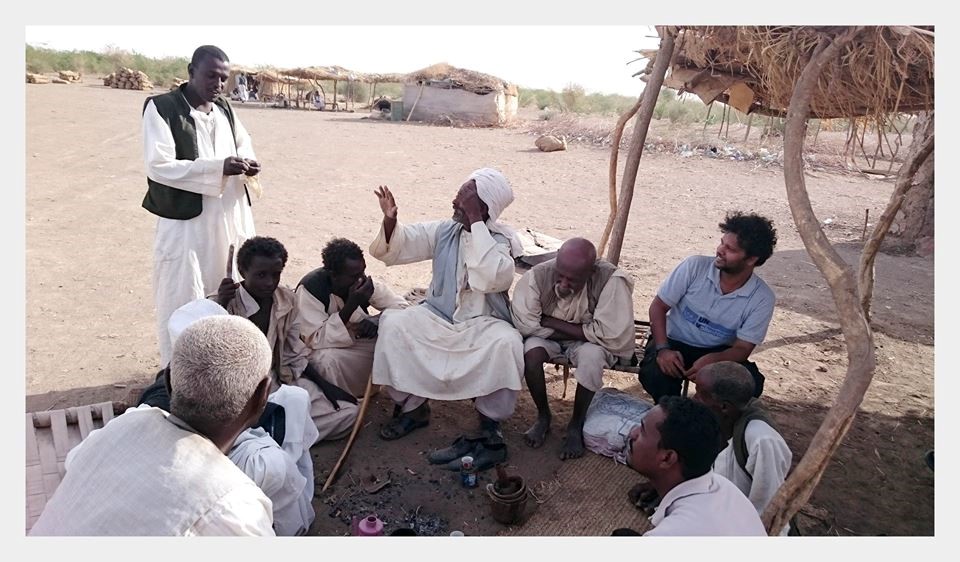 Developing relationships and improving livelihoods with FAO in Eastern Sudan

The strategic focus of the Food and Agriculture Organization of the UN (FAO) in the livelihoods dimension of the Joint Resilience Project in Eastern Sudan is to enhance the resilience of vulnerable communities and households by supporting them to develop livelihood strategies that are environmentally and economically sustainable, socially accepted and technically sound to durably improve their food security and nutrition situation.

Decades of drought, floods and refugee influx, as well as war and displacement, has meant that the those living here have been through substantial challenges. About 67 per cent of children under the age of two suffer from growth stunting, the highest in the country. Before that, 245 of every 100,000 births ends in death; the second highest infant mortality rate in the country.

Whilst the war ended in 2006, agricultural and rural instability in the Kassala State region has continued. A drought in recent years resulted in a decrease of available pastoral and agriculture areas. Those living in these areas found themselves faced with a crisis of food security, poor conditions to raise livestock in, and increased water shortages.

Since 2014, the Food and Agriculture organization (FAO), United Nations Children's Fund (UNICEF) and World Food Programme (WFP) have been working to improve the situation through a Joint Resilience Project. The United Nations Volunteers (UNV) programme has deployed one UN Volunteer Monitoring and Evaluation Officer with FAO and two national UN Volunteers Monitoring and Evaluation and Communication for Development Officers with UNICEF in support of this project.

The overarching strategy of the project is to work with communities through a participatory approach to identify the effects of drought and floods on their livelihoods and their nutrition status and strengthen resilience against droughts and floods within four targeted communities: Aroma, Hammashkoreb, North Delta and Telkok. These localities suffer from the worst levels of malnutrition in the state, high maternal mortality, civil conflicts, climate change, and shrinking natural resources, resulting in a constant increase in poverty and especially aggravated the nutritional and health situation of women and children in these communities.

The project is delivering on community-owned action plans to strengthen resilience to floods and droughts (led by WFP); increased access to maternal and child health and nutrition services, and increased availability of improved drinking water and sanitation facilities (led by UNICEF); as well as increased resilience of livelihoods to shocks that impact agriculture, food, nutrition and economic sustainability (led by FAO).

UN Volunteer Firoj Ahmed (Bangladesh) is based in the Khartoum country office of FAO, and has conducted extensive field work. Speaking of his experiences, he shares:

“As a Monitoring and Evaluation Officer with the Joint Resilience Project, I am engaged in joint monitoring, preparation for surveys, revising the project log frames; revising the annual survey questionnaire and setting appropriate questions in line with the respective indicators; supervising survey teams in the field; and analyzing survey data and producing evaluation reports.

When we first encounter villages, we can’t enter into them unless we are invited. It is a complex process where we must consult with the village leaders and request their permission to begin helping. These consultations can sometimes take a long time to come to fruition. Yet when they do, it is incredible.

One of the most precious moments for me, was when the leader of a village gave me his turban as a gift. It was the 27th December 2015 and we had travelled into the village of Hangola in the North Delta region. We had come to talk to the locals and find out more about what was happening and their experiences. When we greeted their leader at the village gate, he passed his ‘Amamah’ (a cloth-made turban) to me. The villagers wrapped it around my head. I gave him my thanks and we began our mission together to help his people.

Returning a year later, I found myself drawing on the ground for the children of that same village. They surrounded me as though I were the Pied Piper of Hamelin. The feeling was incredible. The action was so simple, yet it brought us closer together in so many ways. For those we are helping, it is making a difference and these bonds and friendships are so important in making sure that this continues.

In December 2016, I remember travelling hundreds of miles every day with the Joint Resilience Project annual survey team. We travelled to the furthest reaches of the land, through crop fields and rough terrain; places which no one would think of travelling to normally. It was an unforgettable experience, one in which I few as a person and came to understand more about the area and people I was helping.


As a United Nations Volunteer, this experience has been incredible. Our work will continue to help over 266,614 people who are suffering from genuine problems with droughts and floods. I’ve worked with diverse individuals and groups, and I’ve bonded with people I never thought I would bond with.

My message is that this bonding is so important. It’s great to help people, but to actually know the people you’re helping – that is something else.”