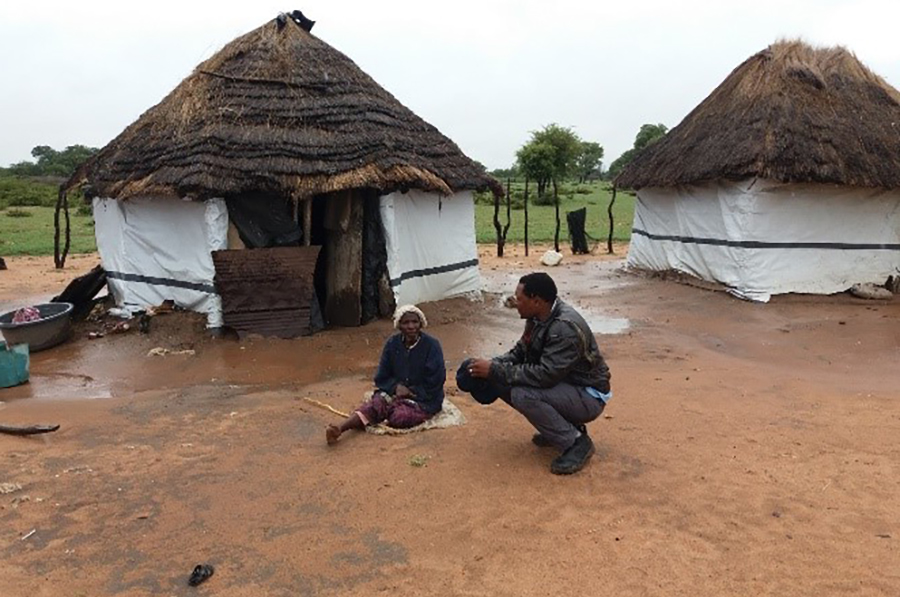 Many communities in Zimbabwe continue to suffer from unprecedented impacts of climate change and climate variability, with the impact felt harshest by the most vulnerable poor communities. From October 2015 to February 2016, for example, the country received less than 60 per cent of its long-term average rainfall, which proved to be the driest rainy season in the last 35 years. This change in climate has ravished the expected harvests and pushed many Zimbabweans into poverty and food insecurity.

Zimbabwe views climate change as a direct threat to its socio-economic development, with the potential to reverse the hard-earned development gains achieved over the past decades. Communities are already suffering from climate change impacts. Government, together with assistance from the donor community and UN Volunteers, is making frantic efforts to build resilience of these communities."  --Washington Zhakata, Director of Climate Change Management for MEWC

According to the World Food Programme (WFP), more than 1.1 million people will face food insecurity at the peak of the dry season 2018 – a number which might more than double depending on the harvests. Moses Takawira, UNV Programme Assistant in Zimbabwe, says: "Zimbabwe has suffered from erratic rainfall for the last few years and we need to give people a cushion against such shocks. The SECA project is located in three of the most vulnerable communities and works towards water and food security for these people."

In Zimbabwe, studies have shown that most people in communities are not aware of the magnitude of climate change impacts and adaption possibilities. That's why this project is trying to affect long-term lasting behavioural changes and make people aware of climate resilience techniques.--national UN Volunteer Caroline Kuhudzai with MEWC in Harare

In order to achieve such changes in behaviour, three national UN Volunteers work closely with the communities in rural districts. Giant Mudimba is one of them. He is based in Lupane District in north-western Zimbabwe. "I have always had profound interest to contribute towards uplifting women, youth and men by impacting their lives positively," Giant says about his work.

The project envisions the provision of solar-powered boreholes to water the community's fields and resuscitate a more than 20-year-old irrigation system. Giant further helps the community in accessing the market to sell produce, and installing a weather station that will facilitate recognition of early-warning signs of changes in weather.

"I have also trained farmers in beekeeping," Giant adds. "This will help them to diversify their revenues and at the same time protect the environment through pollination. Also, because bees need a healthy forest, the community will stop cutting down trees for firewood." One community member was able to sell 50 bottles of honey and receive US $149 in return, after he was able to access the Lupane Market Fair, says Giant.

Zenzo Mpofu, who serves with MEWC in Bulilima District, is particularly "intrigued by the role played by collaboration and partnership building in improving community resilience against climate change related shocks." The project in Bulilima will provide solar boreholes, water tanks and an underground water system for a secondary school. "This will help the community water the gardens for produce, power seven teachers' houses, one school building and a computer lab," says Moses, UNV Programme Assistant. "This is especially important because some children sleep at the school because the walk back home is just too long. With the solar power, they will have electricity at night." 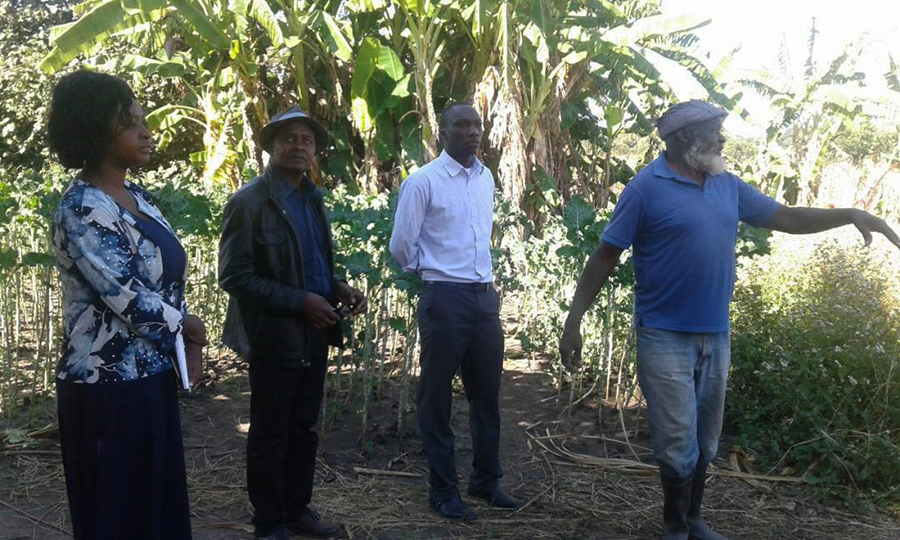 In Gokwe South District, the third SECA project site, a solar powered borehole will be put up to water the gardens and ensure a good harvest. "We want to assist communities to support their livelihoods," explains Moses. "We want to give these districts a cushion against these climate change shocks. Providing them with boreholes means they will be able to grow produce which they can sell and eventually send their children to school."

National UN Volunteer Shingirai Mtabheni is based in Gokwe South and has contributed to capacity building and the economic empowerment of both women and men in the communities. She, for example, organized a Savings and Credit Cooperative of 100 women to help their financial inclusion. "I love working in a rural set up, right in the communities where development is most needed and where it is supposed to be happening," she says.