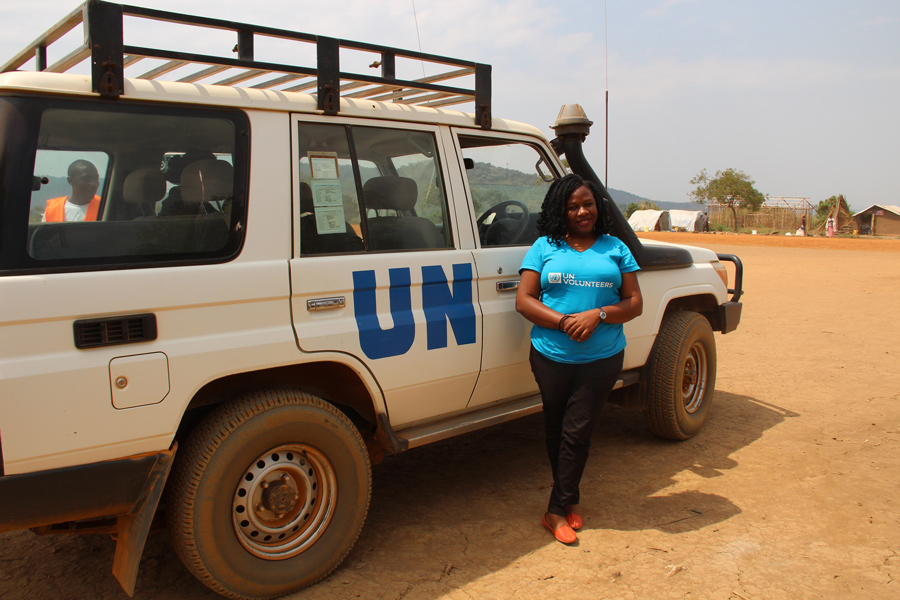 Hadijah works with important stakeholders like the Parliament of Uganda, Electoral Commission, Equal Opportunities Commission and coordinates the drafting of work plans and reporting progress of the programme activities.

I became a volunteer wanting to support communities in achieving the Agenda 2030, reduce discrimination and improve women’s political participation, and have gotten a wealth of experience from my work, coupled with the satisfaction of being able to impact the lives of many.

Hadijah shares the story of Congolese refugee Love Imani and her work to reduce sexual and gender-based violence (SGBV) in Kyangwali settlement in Uganda.

I met Love Imani during a SGBV assessment in refugee settlements conducted Jointly by UNHCR, UNDP, WFP, UNFPA, and UNICEF. Love Imani has lived in the Kyangwali settlement since she fled from the inter-tribal clashes in the Democratic Republic of Congo two years ago.

In the settlement, sexual harassment and abuse presents a major problem. One of Love Imani’s friends even dropped out of school after having been sexually abused.

Love dreams of becoming a doctor, whatever the hassle or cost. Every day, she walks almost 10 kilometers from her house to the only secondary school in Kyangwali. One time, she told me, she narrowly escaped an ambush by a gang as she was walking home from school.

The biggest challenge to reducing SGBV in the settlement is the lack of police. For a population of 87,000 refugees and 50,000 host residents, one police station with six employees and a small magistrate court is barely sufficient.

The UN, as well as other humanitarian organizations and the Ugandan government need to work together to tackle such issues and provide basic needs to refugee communities in Uganda. This is why the SGBV assessment in the settlement was so important – now UNDP can integrate measurements and ensure that refugees can live without fear of being abused. And eventually, this will help refugees like Love Imani to realize their dreams.