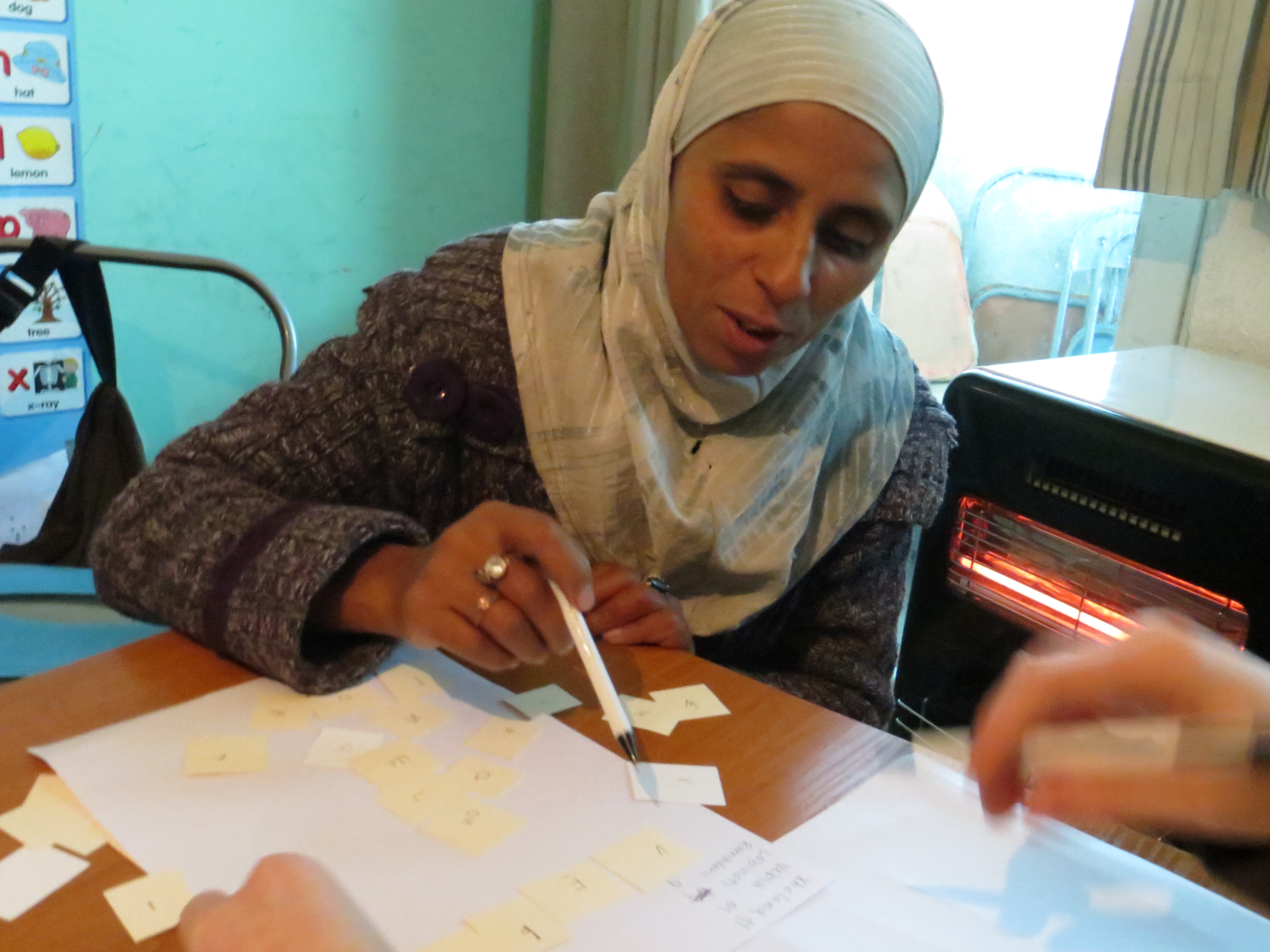 Hateme Krasniqi, an Ashkali woman in her mid-30s, keeps her eyes on the tip of her pencil as she carefully writes her name during the weekly class offered to neighbourhood women by The Ideas Partnership. (Sarah Murphy, 2014)

Writing her way to the future

A success story from a United Nations Volunteers (UNV) programme / United Nations Development Programme (UNDP) component within a UN Joint project in Kosovo funded by the UN Trust Fund for Human Security and implemented by The Ideas Partnership.

With a quiet focus, Hateme Krasniqi, an Ashkali woman in her mid-30s, keeps her eyes trained on the tip of her pencil as she carefully draws one letter after another to spell out her first name: HATEME. Today, bundled up in her winter coat while a chilly drizzle rains down outside. Hatemes hands are cold and red but increasingly well-practiced in writing her name. But this is something very new  and very exciting  for this mother of six from the marginalized Ashkali quarter of Fushe Kosove, Kosovo.

Indeed, as recently as this summer, Hateme and the other nine Ashkali women in this literacy, numeracy and parenting class knew perhaps only a few letters each.  But thanks to a weekly class offered to neighbourhood women by The Ideas Partnership (TIP), the women are gradually but surely grasping the basic literacy and numeracy skills they were never taught as children.

Initiated in June 2013 by TIP volunteer Sarah Thibauld, this October the classes were officially incorporated into the structure of the TIP project supported by the United Nations Volunteers (UNV) programme focusing on literacy, numeracy and training of community change-makers in the Ashkali area of Fushe Kosove, as well as the community in Plemetin, Obiliq municipality.

As for many of the women in Sarahs class, Hatemes enthusiasm for literacy and numeracy has grown alongside her increasing skills in these areas. And perhaps most notably, her new skills and increasing enthusiasm do not stop with Hateme herself, but travel home with her where she sits around the heater with her young children to play alphabet and spelling games.

In fact, as volunteer teacher Sarah sees it, Hateme and many of the other women in her class see their self-empowerment through literacy and numeracy as a feat not only for themselves but as an opportunity to lift their childrens future out of poverty.Theyre really working on literacy and numeracy for themselves as well as their children, says Sarah.

Back in Hatemes warm living room, her youngest child grabs at pieces of the alphabet game whilst Xhejlane, 10, carefully assembles letters to spell simple words in Albanian. Also crowded around the heater and enjoying the games is Hatemes husband, Agron, whose 8th-grade education helps guide and reinforce what Hateme and her children are learning.

The aim here is of course practical and pragmatic, a means to empower marginalized and under-educated women and their families. But watching the Krasniqi family laugh and joke with each other as they together embrace learning these critical skills, one might think it was all just for fun. Then again, cant it be both?

This is a success story from a United Nations Volunteers (UNV) programme / United Nations Development Programme (UNDP) component within a UN Joint project in Kosovo funded by the UN Trust Fund for Human Security and implemented by The Ideas Partnership.