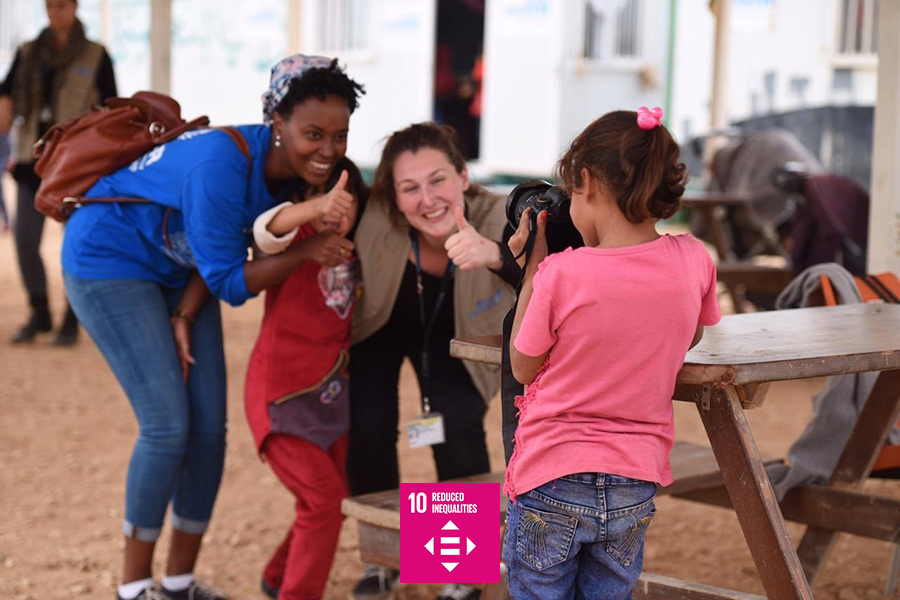 In Jordan, supporting one of the biggest refugee-focused operations ever

Anja Ingabire is originally from Rwanda, now a Swedish national. Apoorva Sharma is from India. Both are UN Volunteers serving on the frontline to support UNHCR’s response to the refugee crisis in Jordan.

"I wish I could go back to Syria but what would I find there? Has my home survived? Would I be able to find a job?" These worries are expressed by many Syrian refugees who knock at the door of UNHCR in Amman, Jordan, seven years after the war began in Syria.

UN Volunteers Anja Ingabire and Apoorva Sharma support UNHCR’s Refugee Status Determination Unit, interviewing asylum seekers to determine whether they meet the legal criteria to be recognized as refugees according to the 1951 Refugee Convention, and therefore are in need of international protection.

Both Anja and Apoorva have extensive experience in dealing with refugees. Anja, 29, spent five and a half years processing asylum cases in the context of Swedish Governmental Refugee Status Determination. Apoorva, 29 as well, from India, began working with UNHCR as an intern in Delhi in 2012 after completing her law studies in Britain.

“Together with other interns, I worked at the reception as the first point of contact for asylum seekers, mostly Afghans and Rohingyas at the time. We would assist them during their registration process and provide initial counselling,” Apoorva recalls. 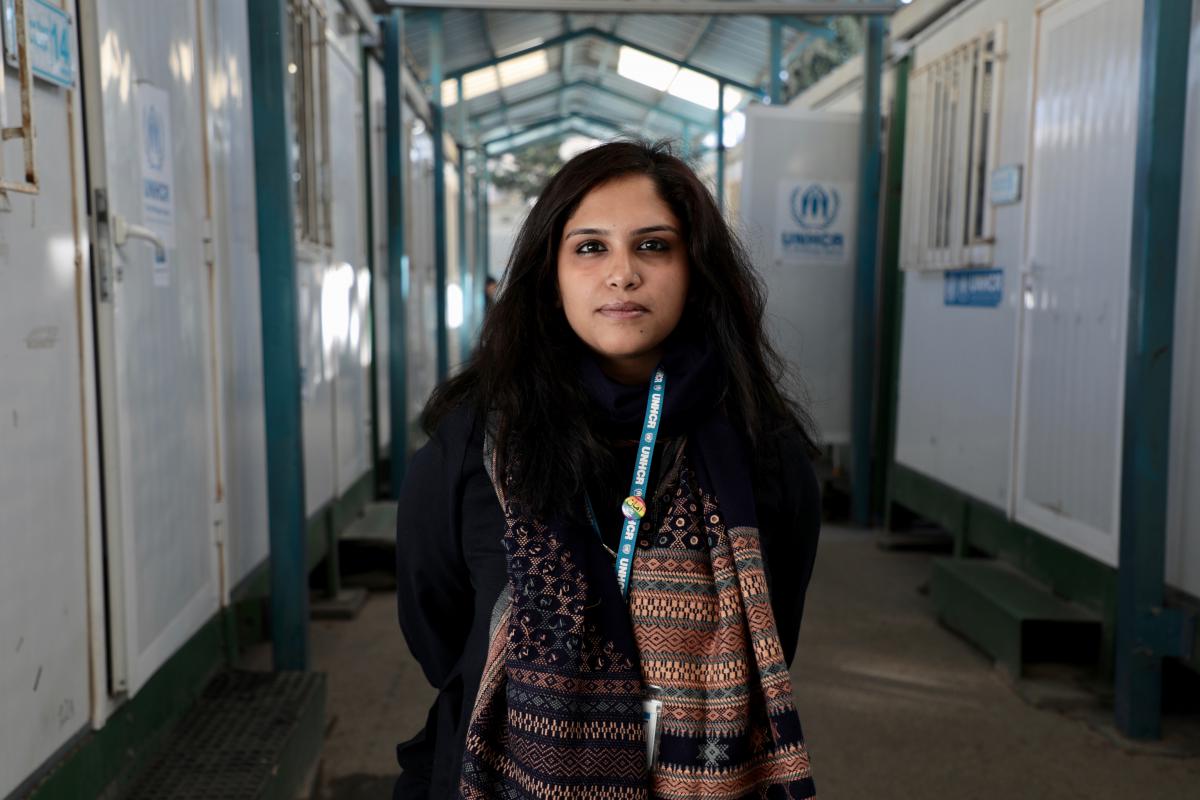 Years later, and thousands of miles away, she still remembers the face of a Sudanese man who broke down in front of her one day at the reception. He was desperately seeking help in finding shelter. “I met him again several years later, while I was working as a Case Officer with UNHCR,” she says.

I was waiting to begin an interview, and he walked in as the recently hired Sudanese interpreter. He recounted how we had met under very different circumstances years before. He had managed to rebuild his life and it was rewarding to know that UNHCR could play a role in it -- Apoorva Sharma, UN Volunteer with UNHCR Jordan

For a great number of Syrian refugees hosted in Jordan, the future remains uncertain and peace is still on some distant horizon. "Thus, we have to think about more durable solutions. One of these is increased integration of Syrians into Jordanian society, which we promote through our advocacy work," explains Apoorva.

Jordan, struggling with economic challenges that have led to multiple protests, is one of the countries most affected by the Syrian refugee crisis. Some 650,000 Syrian refugees have registered with the United Nations. However, the Government of Jordan estimates the actual number to be close to 1.3 million Syrians alone, not including refugees from other countries, such as Iraq, Yemen, Sudan and Somalia.

"Syrian refugees in Jordan are close geographically to the country they are coming from and that makes a big difference. But they remain traumatized and are left more vulnerable as a result of the economic problems in the country," Anja explains.

We read so many articles about refugees. Some people begin to see them as numbers, or even threats. But behind them there are personal stories, losses, tragedies. Every story is unique, everyone touches you in a different way. It is the person who makes the story -- Anja Ingabire, UN Volunteer with UNHCR Jordan

Anja was recently moved by a terrible and detailed account of a young Yazidi girl who was abducted by jihadists from the so-called Islamic state (ISIS) in Iraq. “I felt touched because when she was telling me her story, I could feel that she was trusting me.” 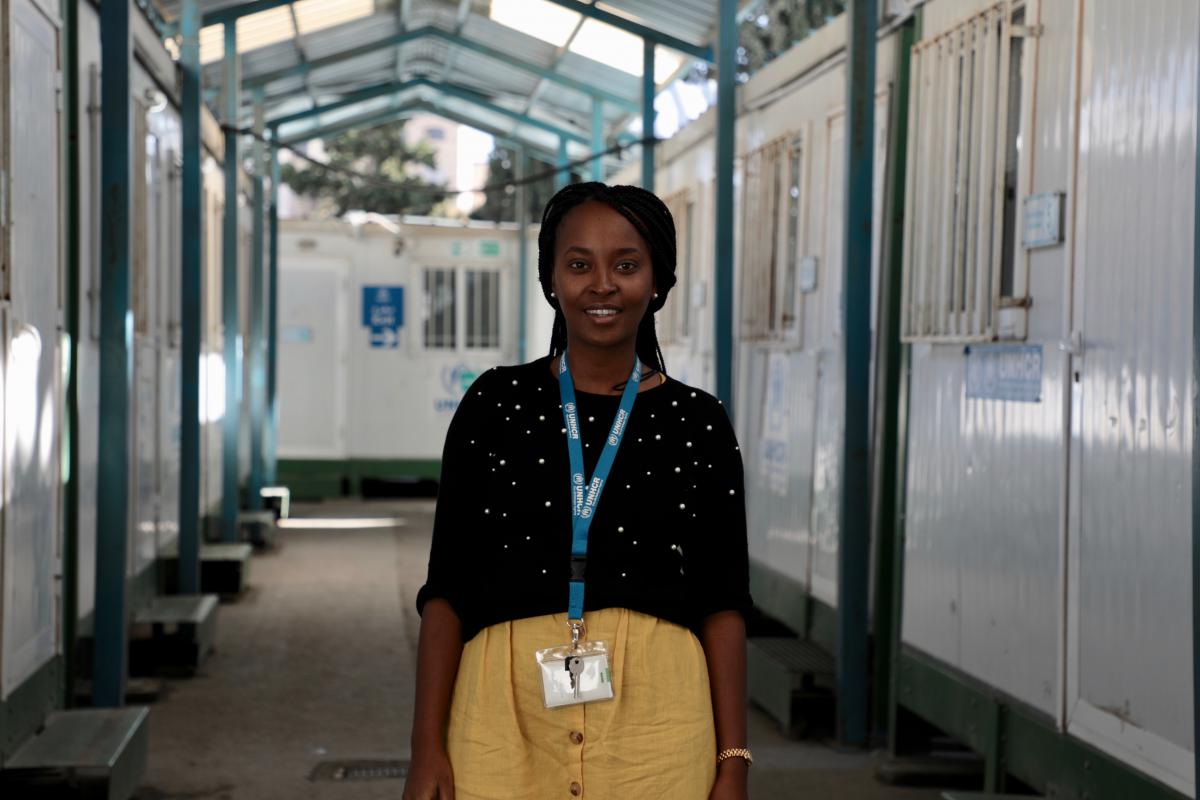 Sometimes stories are so traumatic that the interviewers face the risk to feel overwhelmed and desperate. But Anja has learned from her experience to keep a professional distance whilst being a comforting and personal presence.

Apoorva makes a clear distinction between 'empathy' and 'sympathy'. By empathy, she means listening, understanding and acting, rather than allowing herself to be overwhelmed. "Refugees don’t expect you to break down and cry with them, but to stay strong and offer all the support you can," she concludes.

This story was drafted with the kind support of Online Volunteer Nadera Bouazza.