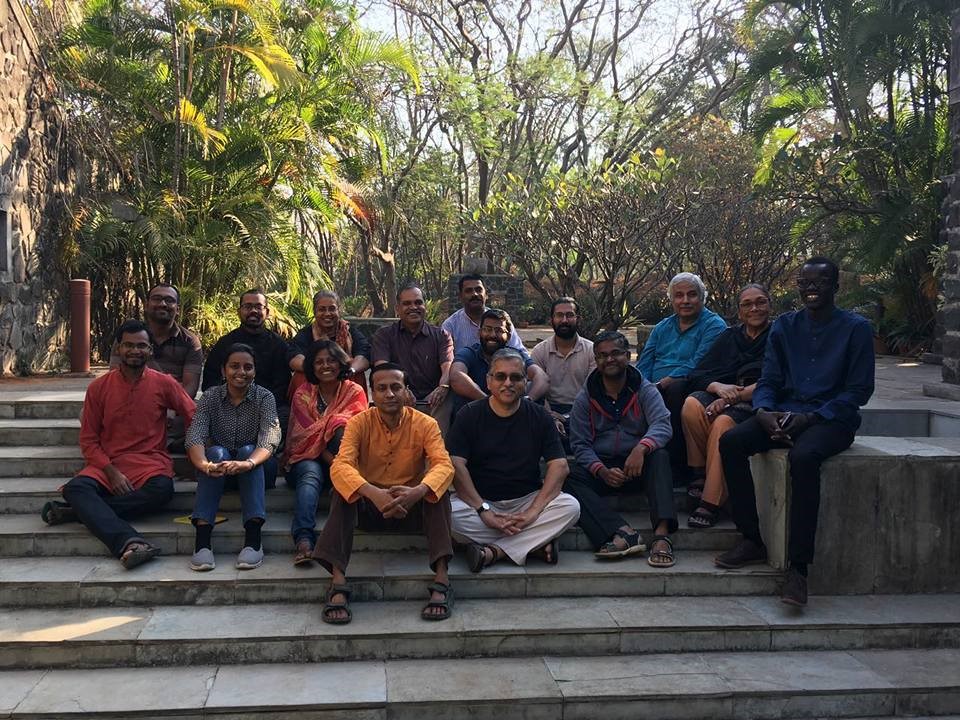 Simon Kuany (South Sudan) is a UN Volunteer with the UNESCO Mahatma Gandhi Institute of Education for Peace and Sustainable Development (MGIEP), in New Delhi, India. Funded generously by the Indian Government, MGIEP was formed in 2012 and since then has contributed to transforming education for humanity.  It is an integral part of UNESCO, and the organization’s specialist institute on education for peace and sustainable development to foster global citizenship.

Simon serves as the Associate Project Officer at the institute, which follows Gandhi's principles – inclusion and non-violence.

During his assignment, Simon has been working on three projects, with a focus on empowering the young generation and training their independent thinking skills by asking them to solve real, tough global issues.

The first of these projects is Talking Across Generations on Education (TAGe), which facilitates free dialogues between distinguished experts and youth participants about global issues related to education. In 2016, TAGe Delhi brought 50 youth and policy makers together to deliberate the role of education during the UNESCO International Conference on Prevention of Violent Extremism through Education in New Delhi. Through TAGe Quebec, 50 youth and 15 policy makers explored the theme internet, youth and radicalization, and at the upcoming TAGe Ottawa in March youth and policy makers will discuss Youth Perspectives on the Role of Teachers in Peace and Sustainable Development during the UNESCO week for Peace.

LIBRE is the second project Simon has been working on. He shares, "LIBRE is envisioned to be a series of digital learning modules on Education for Global Citizenship.  These will explore global issues such as migration, climate change and the prevention of violent extremism through the lenses of Critical Inquiry, Firing Gandhi Neurons and moral courage to change, and to equip the students to see how these issues are interrelated." The modules are still under design.

The third project Simon has been working on is a research-based video game inspired by the Sustainable Development Goals – a World Rescue Game. Users are asked to solve global issues inside the game, for instance diseases and deforestation.

As a UN Volunteer, Simon himself admits that he has learnt a lot from the past few months. By serving in the organization team of these projects and also as the policy designer, he has gained valuable experience and improved his research and thinking skills.

“As a South Sudanese and a former refugee, I have gone through violence, and have experienced first-hand conflict, war and other development issues like poverty and bad education,” Simon says.  “As a UN Volunteer, I bring the on ground perspective that is always lacking in policy design and policy making to UNESCO’s work, and especially to MGIEP’s work related to transforming education for humanity. I went through bad education and now I want to transform it, I grew up in conflict and now I want to contribute towards peace.”

Bio: Simon grew up as a refugee in Kenya, attending school at Kakuma refugee camp, then completed his higher education in India where he was an ICCR-Symbiosis International University scholar. He graduated with an MBA in Banking and Finance in 2016 and was awarded the chancellor’s gold medal. Simon has written a yet to be published book called “The Enlightened Darkness”, his reflections of growing up in war and his constant search for peace. This book was his entry into international studies and work.